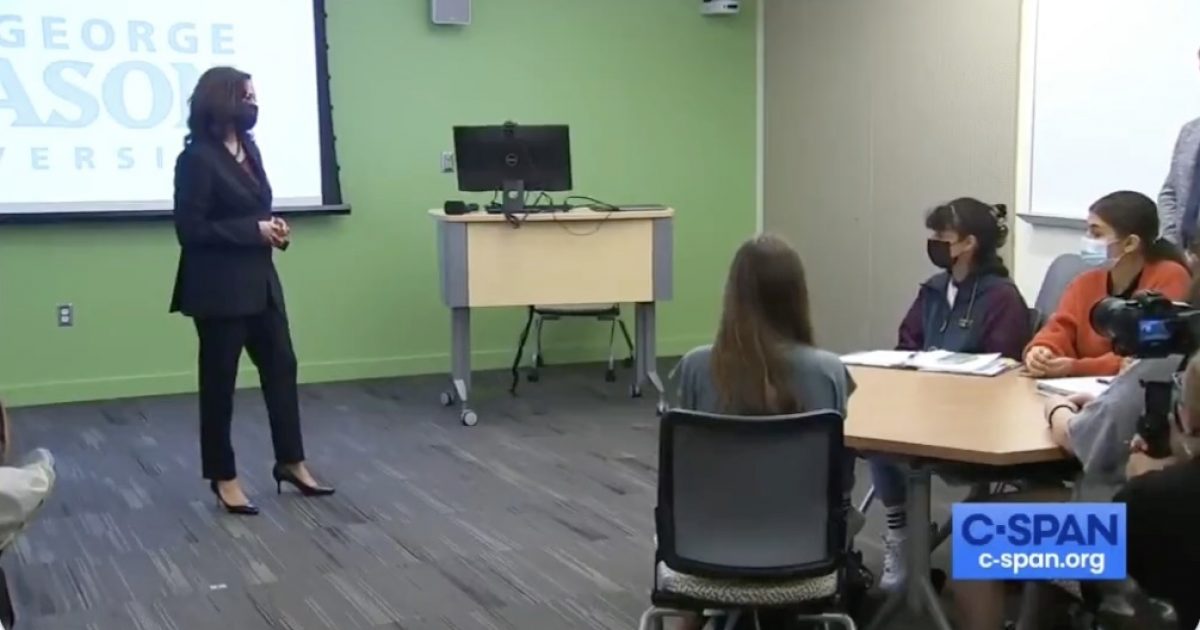 Vice President Kamala Harris is in the hot seat for backing a student’s anti-Israel comment.

The incident happened at a classroom visit at George Mason University where a student said Israel was guilty of “ethnic genocide.”

Instead of challenging the student, Harris backed her accusation.

Harris said, “Your voice, your perspective, your experience, your truth cannot be suppressed, and it must be heard.”

Politico reported on the controversial statement by Harris including the reaction by news outlets in Israel.

Israeli news outlets jumped on the comments. “VP Harris to student who accused Israel of ‘genocide’: Your truth must be heard,” went the headline in The Jerusalem Post. The Times of Israel also chimed in: “Kamala Harris doesn’t reject US student’s ‘ethnic genocide’ claim against Israel.”

Harris was blasted on social media.

"The vice president had an opportunity to distance herself and her party from these demonizing and delegitimizing lies. Instead, she gave them validation." https://t.co/0Aw380woIm

Soon after Harris’s comment was publicized, the vice president’s staff engaged in an effort to minimize the political damage and backlash.

It did not take long for Israel’s enemy Iran to leverage Harris backing an anti-Israel comment.

Despite the political spin, Harris’s failure to challenge the student shows she harbors anti-Israel feelings.

Moreover, Harris continuously fails at basic communications and consistently puts her foot in her mouth.

Harris in not ready for primetime.