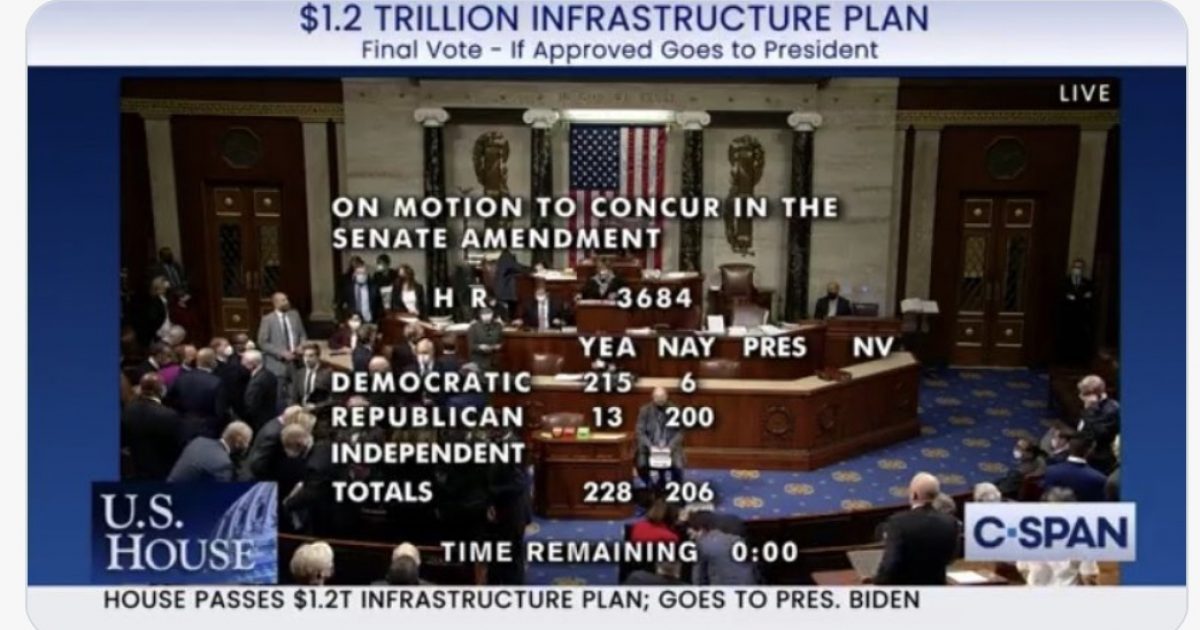 Republican votes were required to get the bill passed because six Democrats refused to vote for the infrastructure bill.

The infrastructure bill will be going to Biden for his signature.

Minutes before midnight, the House passed the president's $1.2 trillion infrastructure bill, about three months after it was approved in the Senate. pic.twitter.com/CJecEZo5BM

The bill includes billions for elements of the Green New Deal including construction of 500,000 electric vehicle charging stations.

The bill includes major support for electric vehicles and clean energy, specifically, there is $7.5 billion set aside to create a nationwide network of EV charging stations to expedite the adoption of electric cars this decade. Another $65 billion will fund an investment in clean energy and renewables for the nation’s electricity grid, and promises to create a more resilient system. Funds will also funnel to various clean energy technology projects.

With the infrastructure bill out of the way, it sets up Biden’s Build Back Better social program for passage.

A group of Senate Republicans previously voted for the bill.

The Republicans were criticized for their support of the bill.

Pelosi did not have the votes in her party to pass this garbage.

Time to name names and hold these fake republicans accountable.

Who are the 13 worthless Republicans that voted for this crap. Remove them from office Now!!!!!

The vote by Republicans in both the Senate and House was a horrible decision because it will lead to trillions more in federal debt and increase the size and scope of the government’s social programs with the likely passage of the Build Back Better plan.