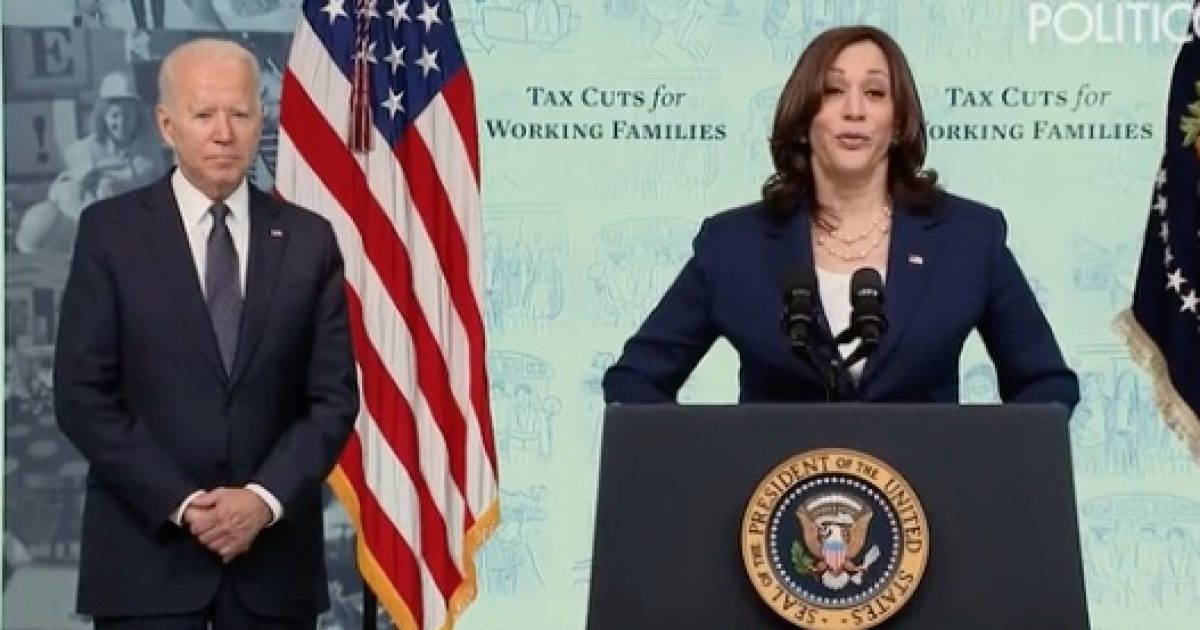 Approval ratings for President Biden and Vice President Kamala Harris are in free fall with Biden’s at 38 percent and Harris at 28 percent.

A new poll showed bad approval numbers for both the president and vice president, with Biden at 38% and Kamala at just 28%. https://t.co/rjbScGldR7

Not only are Americans not pleased with the big-government agenda under Biden and Harris but between the two of them, they are not ready for primetime.

Last week, Biden was captured on video nodding off during opening remarks at the U.N. Climate Change Summit in Glasgow, Scotland.

Biden nodded off several times and at one point a staffer approached him.

During a NASA presentation over the weekend, Harris managed to inject race as part of the discussion.

Exclaiming “environmental justice,” Harris questioned if NASA could use satellites for tracking trees “by race” in certain neighborhoods.

NEW – Kamala Harris asks NASA if they are able to "track trees" by race as part of "environmental justice."pic.twitter.com/zFMayeTbhJ

USA TODAY/Suffolk poll: Vice President Kamala Harris' approval rating is 28% – even worse than Joe Biden's. The poll shows that 51% disapproved of the job she's doing. One in five are undecided.

Kamala Harris has a 28 percent approval rating. This is what happens when California politics goes national.

LOL. The only person with a lower approval rating than Joe Biden is Kamala Harris.

Inflation and food prices are skyrocketing and Kamala Harris is interrupting a NASA presentation to ask the hard hitting questions: can you measure trees by race? ?

Biden and Harris are a disaster for Americans and the recent polling verifies that conclusion.