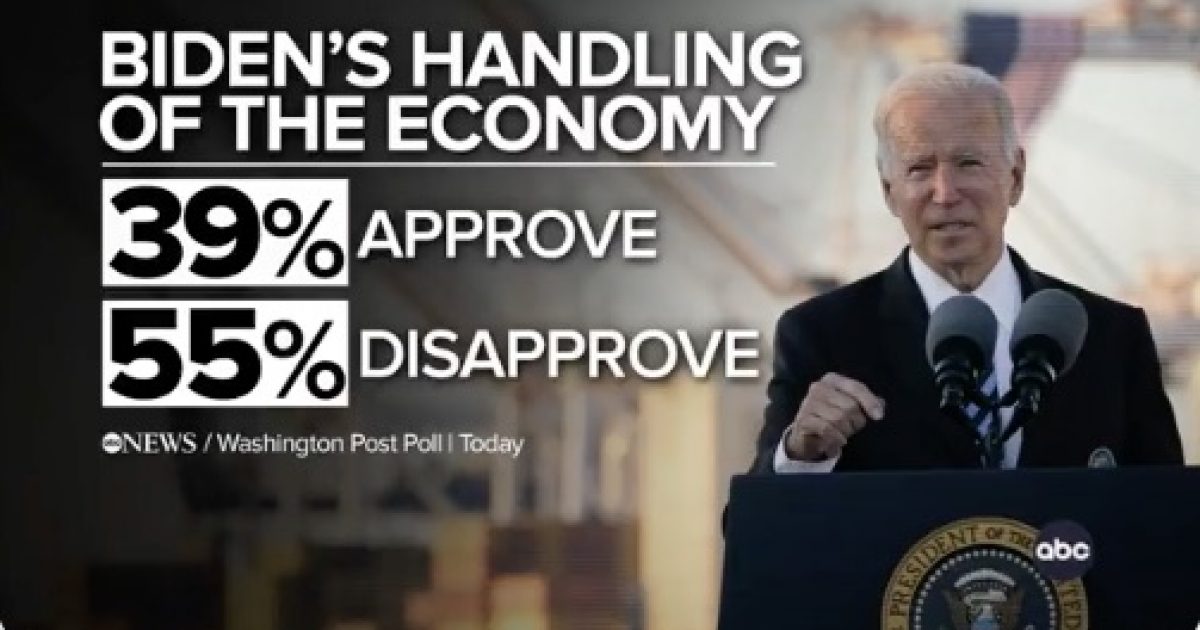 The latest bad news for Biden are the results of a new Washington Post/ABC News poll that gave the president poor marks in overall approval and his handling of the economy.

On ABC News’ “This Week,” host George Stephanopoulos read the results of the poll.

Stephanopoulos described the poll as “brutal for President Biden.”

“We’re coming on the air this morning with a brand new poll and it's brutal for Pres. Biden,” @GStephanopoulos breaks down the details in the new @ABC News/WaPo poll as Biden’s approval rating hits a new low. https://t.co/b3HYLKw5LA pic.twitter.com/DSIcU8PbGU 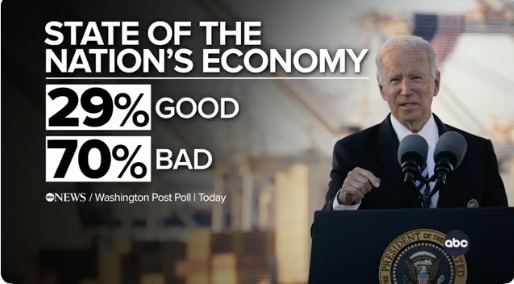 The graph below shows Biden’s fall in approval, the economy and the pandemic.

The poll also found Biden’s approval is dropping with Democrats.

Biden’s popularity also has slumped among his own base. In June, 94 percent of Democrats approved of the way he was handling his job compared with 3 percent who disapproved. Today, 80 percent of Democrats are positive and 16 percent are negative. Barely 4 in 10 Democrats strongly approve of Biden today, down from about 7 in 10 who did so in June.

Biden’s critics had a field day with the results of the poll especially with the result showing Republicans having a lead over Democrats for Congress in next year’s election.

The poll also shows its largest lead EVER for Republicans over Democrats on a generic ballot.

The red wave is coming!

Biden is a disaster and his drop in approval across many issues is a troubling sign for Democrats.