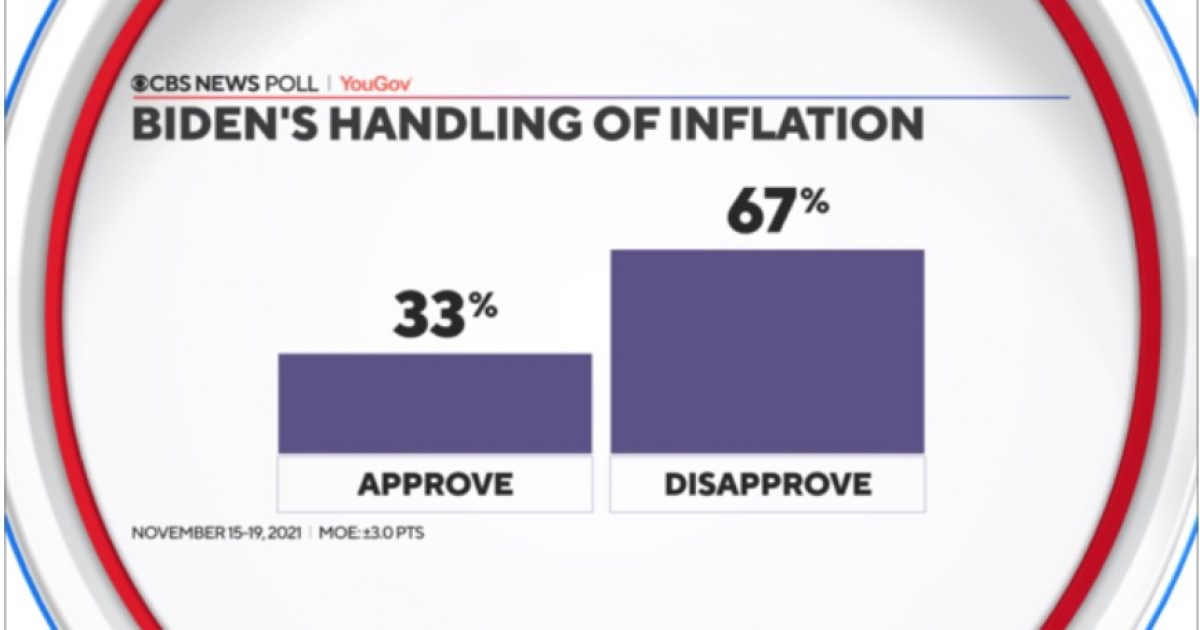 A new CBS News/YouGov poll slammed President Biden on inflation and the economy.

According to the poll, 67 percent disapprove of the way Biden is dealing with inflation.

Biden is also getting very low marks on the economy with only 39 percent approving of the way he is handling the economy.

The poll found only 30 percent feel the economy is good.

The president is well under 50 percent approval on issues including race relations and immigration. 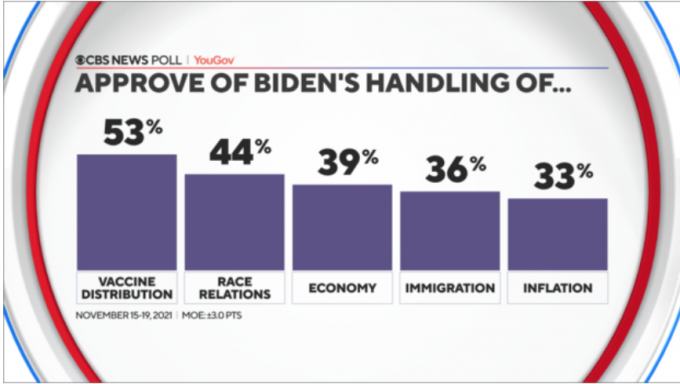 Biden’s overall approval was the lowest for CBS News polling with a 44 percent approval with 56 percent disapproving of his job performance.

CBS News’ “This Morning” also covered its poll on Biden.

A new CBS news poll shows just "39% of Americans approve of how Mr. Biden is dealing with this economy. 67% disapprove of the president's handling of inflation."

That has to hurt for Gayle King, Democratic Party donor. pic.twitter.com/CkJFXdHecS

Americans are very unhappy with inflation and are blaming Biden for the rise in prices.

Blaming Biden is appropriate because his American Rescue Plan put $1.9 trillion into the economy with high consumer demand coming out of the pandemic restrictions.

Biden is a disaster and more and more Americans understand that fact.