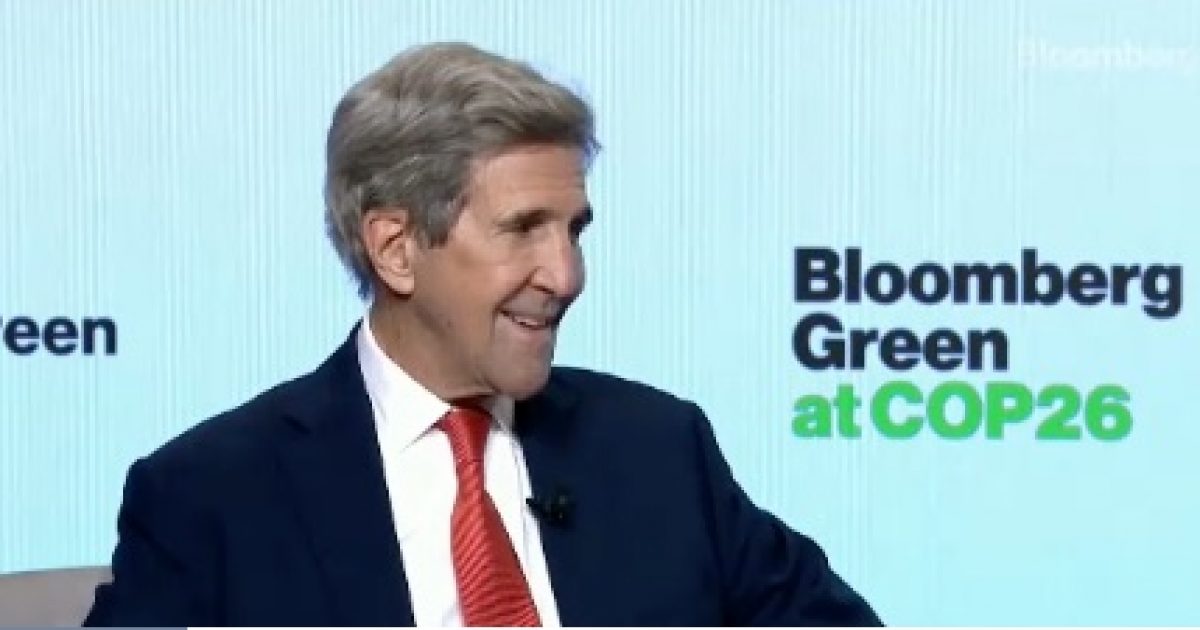 Special Presidential Envoy for Climate John Kerry promised the U.S. will eliminate all coal-fired power plants by 2030 at the United Nations COP26 conference on climate change being held in Glasgow, Scotland.

During a Bloomberg interview, Kerry said, “By 2030 in the United States, we won’t have coal.”

Kerry also said, “We’re saying we are going to be carbon free in the power sector by 2035.”

John Kerry casually mentioned in a COP 26 interview that the US won't be using any coal by 2030.

What an ignorant and presumptuous wannabe dictator he is.

In the last several years, reliable, *resilient* coal has bailed out solar, wind, and even natural gas many times.

Methane alone is responsible for 0.5 degrees centigrade of warming – almost 1/2 of the rise we have today. @JohnKerry @ClimateEnvoy addresses the #CBIatCOP26 Dinner

Happy that now USA is formally a part of International Solar Alliance, a visionary initiative launched by PM Shri @narendramodi Ji in 2015 at Paris COP. The number of countries who are now part of @isolaralliance is now 101. pic.twitter.com/p7D7ge6nl8

Predictably, Kerry was criticized for living a lifestyle that does not adhere to his concerns over climate change.

Kerry can sell his huge homes, yachts, autos, and take his shower in cold water by candlelight.
Dumbass.#wednesdaythoughts

So sick of this moron flying in his private jets, making a fortune off running his mouth, and pretending he speaks for the entire world.https://t.co/yW2exx9P4W

The idea of banning coal-fired electricity, a cheap and reliable form of energy, was always a dream of Democrats like Kerry.

Former President Obama promised to bankrupt utilities that used coal and Hillary Clinton promised to end coal mining jobs. Now President Biden is carrying on with this agenda via Kerry at COP26.

Banning coal will punish Americans with high electricity prices and make the U.S. more reliant on renewable forms of energy which are unreliable.

But none of that matters to elites like Kerry because he can afford electricity at any price while he lives a life of the wealthy and famous.