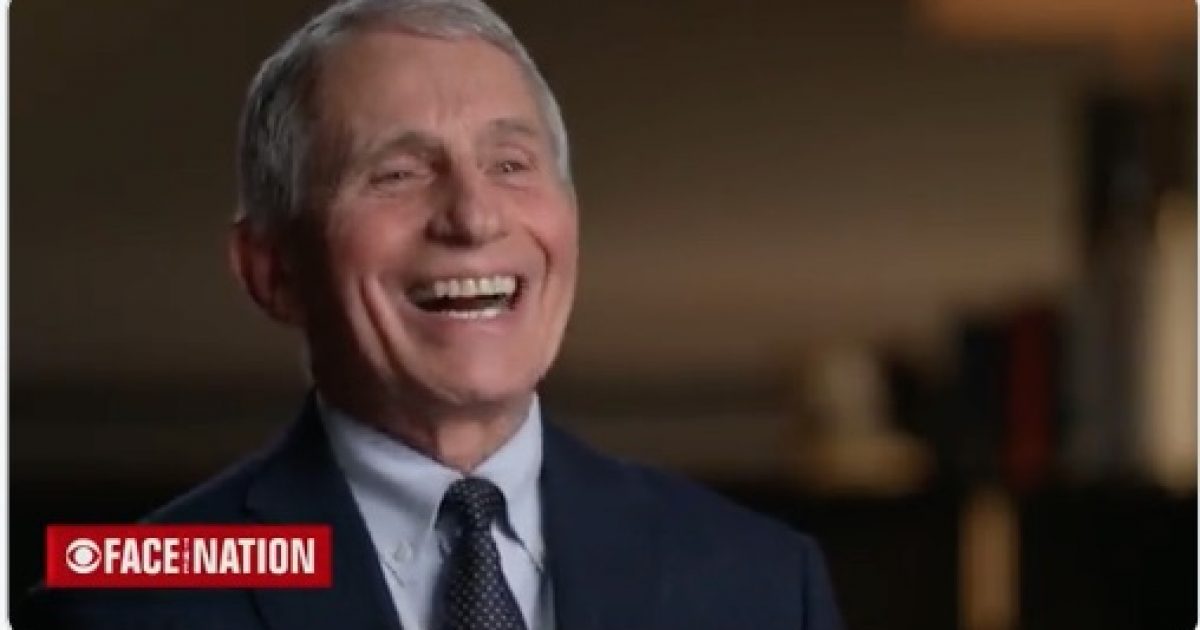 Dr. Anthony Fauci, chief medical adviser to President Biden, laughed off a question about being investigated by the Department of Justice during an interview aired on Sunday November 28.

When the interview on “Face the Nation” turned to the politicization of science and public health, Fauci went on offense.

Fauci reacted by laughing saying, “I have to laugh at that. I should be prosecuted? What happened on Jan. 6, senator?”

Fauci just called for Ted Cruz to be investigated for Jan 6 pic.twitter.com/oSS14gE8Gx

In October during a Senate hearing, Cruz told Attorney General Merrick Garland he should prosecute Fauci for lying to Congress over statements he made regarding gain-of-function research at the Wuhan virology laboratory.

In May, Dr. Fauci said, “The NIH has not ever and does not now, fund gain-of-function research.”

But early this month, the NIH contradicted that.

It’s a crime to knowingly lie to Congress, so I asked AG Garland if he'd appoint a special prosecutor to investigate Fauci. pic.twitter.com/s01N0SbAws

Fauci believes he is being made into a scapegoat and added, “I’m just going to do my job and I’m going to be saving lives and they’re going to be lying.”

Fauci was dead wrong on almost everything he was supposed to be an expert on.

No one cares about his trash political opinions. https://t.co/sbJHtMkkFC

While Fauci claims he is just a scientist doing his job, his comments attacking the Senators totally undermines his assessment of himself.

Attacking Senators and calling them liars is very political and shows he is very defensive of his role in funding gain-of-function research in China.

Fauci has lost credibility in the eyes of many Americans and after his comments on CBS News, he should be fired.