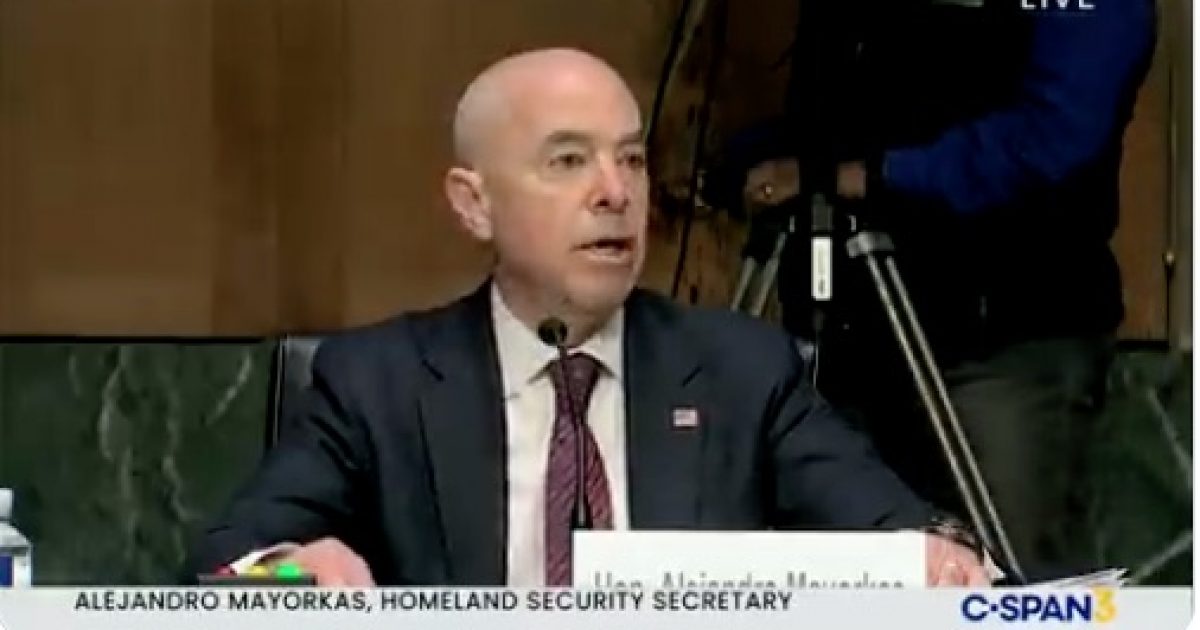 Cruz was not the only critic of Biden’s policies as Senator Mike Lee (R-UT) also weighed in with tough questions.

Under questioning from Cruz, Mayorkas was unable to tell the committee the number of illegal aliens that were COVID-19 positive and released into the U.S.

Mayorkas was also unable to relay the number of illegal aliens that had prior criminal convictions, including murderers and child molesters, before being set free in the U.S.

"How many murderers…rapists…child molesters have you released?" @tedcruz asks DHS Secretary Alejandro Mayorkas about the crisis at the border. pic.twitter.com/ezEy8nZFLh

Referring to children held in detention centers, Cruz asked Mayorkas how many children are held in “Biden cages” in 2021.

Sen. @tedcruz: "How many children have been in the Biden cages?"

Sec. Mayorkas: "They are not cages"

Sen. Cruz: *pulls out a giant picture of the Biden cages* pic.twitter.com/JpKb8FwaMC

Mayorkas also acknowledged Biden and Harris did not view the detention center Cruz was talking about.

"Has any Democratic member of this committee given a damn enough to see the children being locked up by Joe Biden and Kamala Harris because of your failed immigration policies?" pic.twitter.com/fZCe8gGO4A

Lee referenced an illegal alien accused of stabbing to death a father of four.

@SenMikeLee slams DHS Secretary Mayorkas for “immoral” immigration policies that released an illegal immigrant into the U.S. who went on to murder a father of four in Florida. pic.twitter.com/igfs1nm1i9

Senator John Kennedy (R-LA) described Biden’s open border policy in terms of the president’s policies that he campaigned on during the 2020 presidential election.

"The people determining our border policy— in your opinion— are they just incompetent or do they believe in open borders?" pic.twitter.com/d9VSzYafil

Maryorkas tried but he could not credibly defend Biden’s southern border policies because it’s obvious it failed.

As a result, Americans are facing the health and public safety risk of thousands of illegal aliens released throughout the U.S.