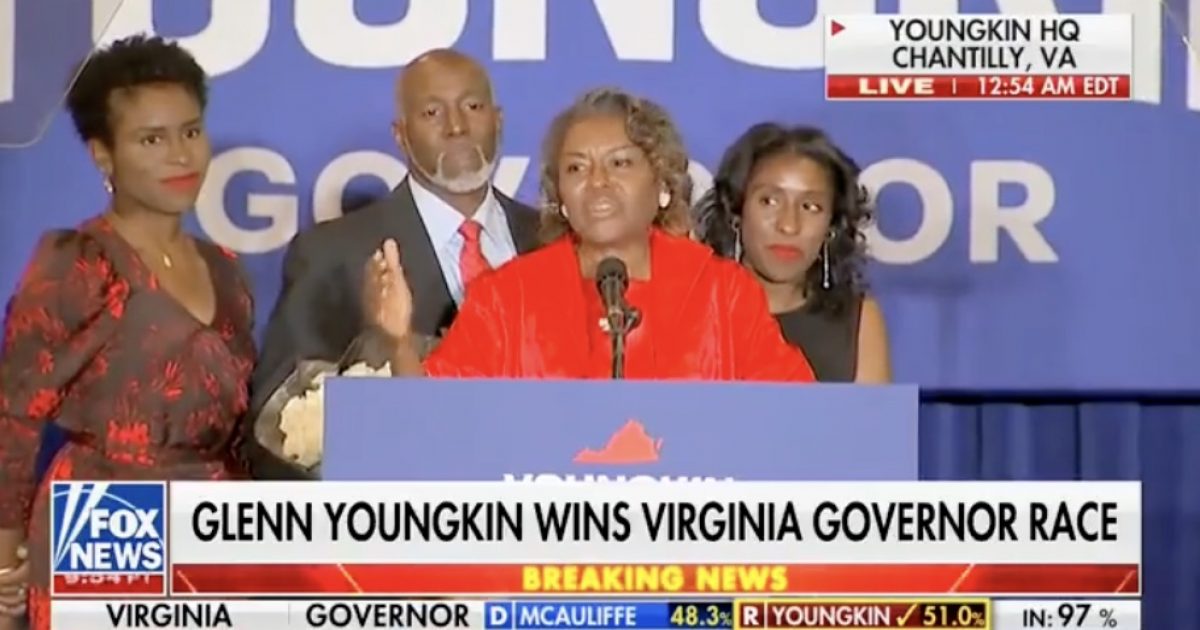 The liberal media claimed the election of Glenn Youngkin as Governor of Virginia was largely based on race.

Commentary on MSNBC and CNN accused Youngkin of using his opposition to Critical Race Theory as an appeal to white voters.

An MSNBC host said, “…a good chunk of voters are ok with white supremacy.”

Here is a highlight reel of the liberal commentary and analysis.

Liberals: We only lost Tuesday b/c Americans are racist pic.twitter.com/Cjod4aH4Jx

The liberal analysis focusing on race completely ignored the election of Winsome Sears as the first black female Lieutenant Governor in Virginia.

Following her election, Sears promoted America’s exceptionalism and took on her critics.

I love this country so much, I’m willing to die protecting it. U-S-A!! ?? pic.twitter.com/BYHiGdxjy1

In America, hard work and perseverance will always be rewarded. We have problems that need solutions, but there’s a reason why so many people dream of being American. We are the shining beacon of opportunity for the rest of the world.

Thanks for having me on, @seanhannity. ?? pic.twitter.com/2vp2gYJPoG

Sears also called out MSNBC host Joy Reid during an interview on Fox News and requested an opportunity to appear on her show.

Hey @JoyAnnReid, I heard your shameful comments. I’ll be patiently waiting for an invite to come on to your show to respond. Be well! ?? pic.twitter.com/KgzTDsm9Kg

In addition to being a race card hustler, Reid doesn’t like to be challenged – she blocked me on Twitter for challenging her race card propaganda.

Here is my response to Reid.

Buahahaa!! ? JUST got blocked by race baiter JoyAnnReid guess she didn’t like my support for ⁦@WinsomeSears⁩ ⁦@WinWithWinsome⁩ & my comment to her We Are Awake Not Woke ?????????? #DishItCantTakeIt pic.twitter.com/eS5ELvDy8S

Faced with a crushing defeat, the liberal media attacked Youngkin on race but that entire argument of white supremacy in Virginia was completely undermined by the election of Sears.