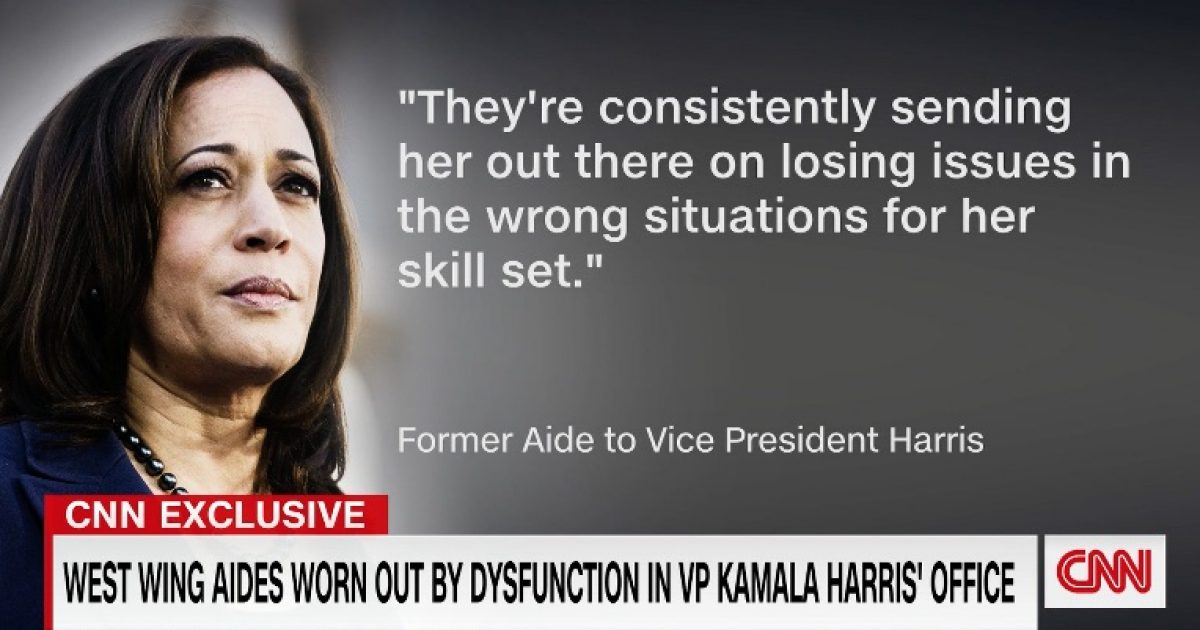 From the CNN story:

Worn out by what they see as entrenched dysfunction and lack of focus, key West Wing aides have largely thrown up their hands at Vice President Kamala Harris and her staff — deciding there simply isn’t time to deal with them right now, especially at a moment when President Joe Biden faces quickly multiplying legislative and political concerns.

CNN also reported on its exclusive story on its cable network.

Following the news story on CNN, White House Press Secretary Jenn Psaki issued a statement on Twitter in an attempt to put out the internal political fire.

For anyone who needs to hear it. @VP is not only a vital partner to @POTUS but a bold leader who has taken on key, important challenges facing the country—from voting rights to addressing root causes of migration to expanding broadband.

Kamala Harris has been an empty suit since her first elected position as District Attorney in San Francisco — always eyes on the next gig, shallow glad-handing, never "present," to use a current term. She's arudderless, phony dirigible of a VP. https://t.co/fUa5UzgBQP

Kamala is sinking with the Titanic https://t.co/0uRq2io1pa

Incompetence reigns in the Biden administration as documented in numerous polls about Biden and Harris, as well as their policies.

The infighting is a blame game between “two losing teams” as this Tweet summarizes.

Two losing teams blaming each other for being losers.

And the sweetest icing on the cake is that team Harris is now calling Biden a racist; something America has known for 45 years.https://t.co/DecbFzMCps

Biden and Harris are disasters and the infighting will only serve to make things worse.