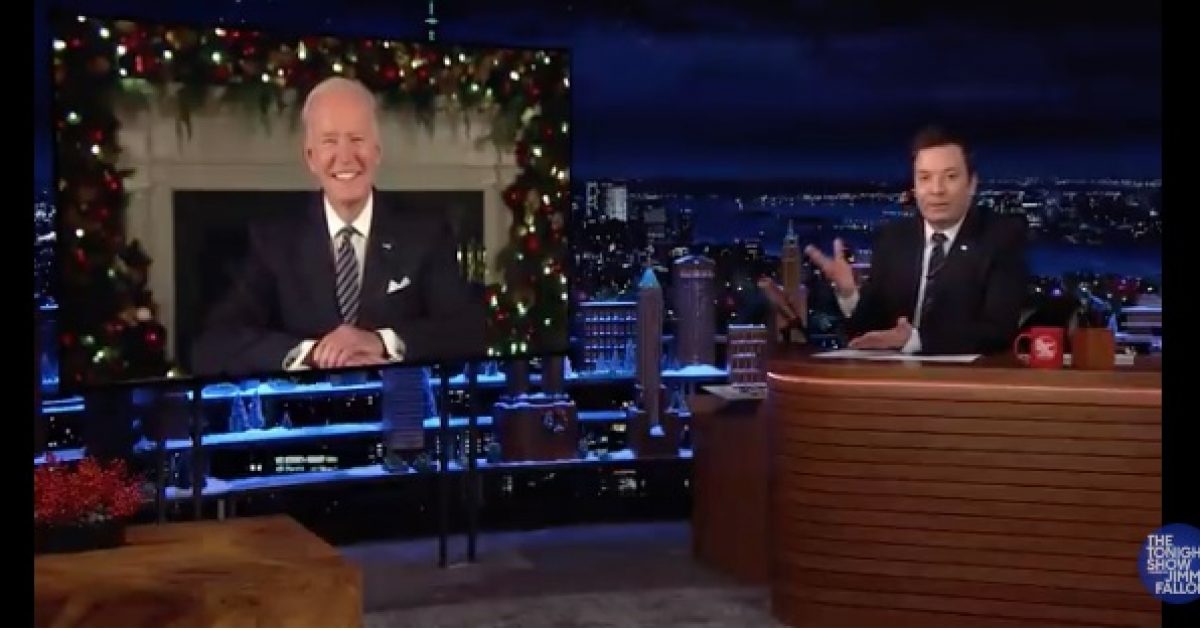 President Biden joked about his low approval polls on The Tonight Show with host Jimmy Fallon.

Fallon asked Biden, “Do you pay attention to approval ratings?”

Biden continued to complain about misinformation that is misleading the public but he admitted inflation is a problem.

NBC's 'Tonight Show' gave 16.5 minutes to Joe Biden boosting Friday night. Jimmy Fallon: Saw you at the Kennedy Center Honors. "We gave you a standing ovation because I go, 'Here he is. He's bringing class back. He's a classy guy, and you're bringing class back to the office.'" pic.twitter.com/zm8cgIZRl9

If Biden would do interviews besides soft-ball late-night shows, he wouldn't get away with his lie that Build Back Broke is paid for when it's not.

Fallon is spending more time complementing Biden than asking him real questions, & this is Biden's 1st interview in a MONTH!

The truth is Biden is tanking in the polls because his policies are harming Americans.

On Friday, the Department of Labor released data that reported inflation rose 6.8 percent since last November – that’s no joking matter.

Biden went on late night TV to change the trajectory of his approval ratings knowing Fallon would act as a cheerleader for him.

Fallon preformed the Biden’s supporting role by clapping like a seal and laughing along.

While Biden and Fallon joke around, Americans are suffering.