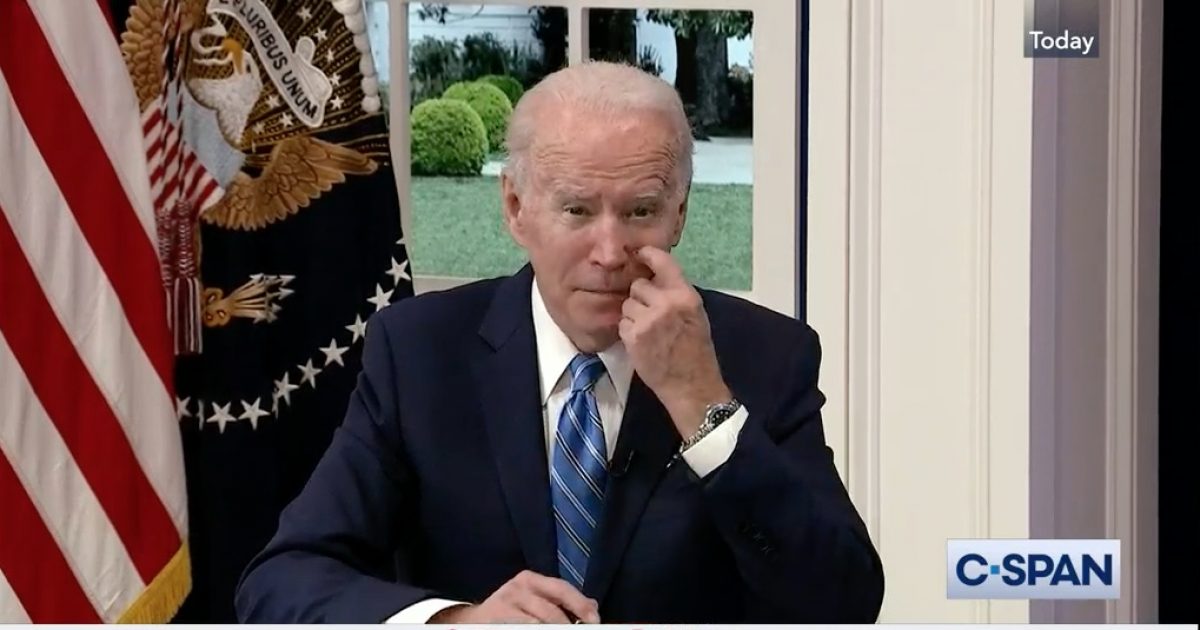 President Biden is now pushing the solution to the pandemic to the states.

While meeting with state governors, Biden stated, “There is no federal solution. This gets solved at a state level.”

Joe Biden on covid: “There is no federal solution. This gets solved at a state level.” pic.twitter.com/ufg7qDXzQ0

The meeting with the governors was shown on C-SPAN.

Biden’s comment is a reversal from his prior stance that he would shut down the virus.

NEW – Biden set to address the American people later today. He promised to "shut down the virus."pic.twitter.com/xF3BSU4hwW

If there’s “no Federal Solution”, then why does Biden insist on shoving Vaccine Mandates down Americans’ throats?

Biden also admitted he was slow to respond to the need for testing and claimed he wasn’t aware of the winter surge.

Joe Biden says if he had “known” about the winter surge in COVID, he "would have gone harder and quicker” on testing.

Biden is lying. He was warned! pic.twitter.com/1XcUa7iXda

Today’s comments by Biden is basically an admission he failed to deliver on his promise to effectively deal with the pandemic.

Biden has gone from promising a win to pushing responsibility to the states which is an attempt to lower public expectations.