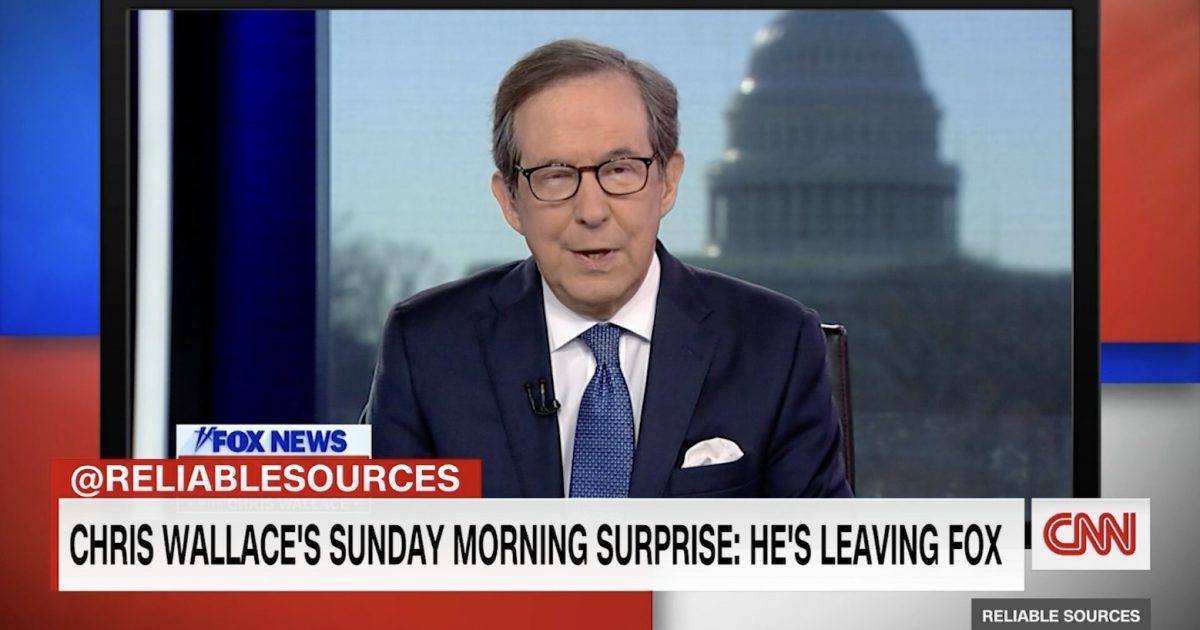 Chris Wallace is bolting from Fox News and jumping to CNN.

For the past 18 years, Wallace hosted Fox News Sunday and today he announced his departure from the network.

Hours later it was reported Wallace is moving to CNN.

In his last Fox News appearance Wallace said, “It is the last time, and I say this with real sadness, we will meet like this.”

In its story about Wallace, CNN mocked Fox News saying Wallace was “…one of the few high-profile news personalities who retained a reputation of integrity Fox leaned hard into right-wing and conspiratorial programming.”

Chris Wallace had an incredible run. He served as a great example of how to do news – and do it well – during tumultuous and often disorienting times. It was an honor to appear on his panel. Eager to see what comes next.

CNN also covered the move on its cable network.

Wallace was heavily criticized from conservatives following the presidential debate he moderated with then President Trump and candidate Joe Biden.

Here was my October 2020 appearance on his Sunday show, when I called out his incredibly biased performance as debate moderator:pic.twitter.com/PWbgq6MdV0

There were no white supremacists in Kenosha. That’s a thing that he made up.

Critics thought his move to CNN reflected his anti-conservative bias.

Chris is finally home on the network he always should have been on! https://t.co/NYHUlubUk7

CHRIS WALLACE already worked out a "deal" with CNN? What a SNAKE. Fox put up with his SHENANIGANS for a long time, and meanwhile he was playing FOOTSIE TOOTSIE with "the bosses" at CNN. What the hell did he actually bring to the table, besides POMPOSITY??? POMPOUS CHRIS! pic.twitter.com/Mvv5SnoJzC

Fox News losing Wallace is not a loss at all.

Wallace lost credibility with the Fox News audience through his biased moderating during the presidential debate.

Wallace and CNN deserve each other.