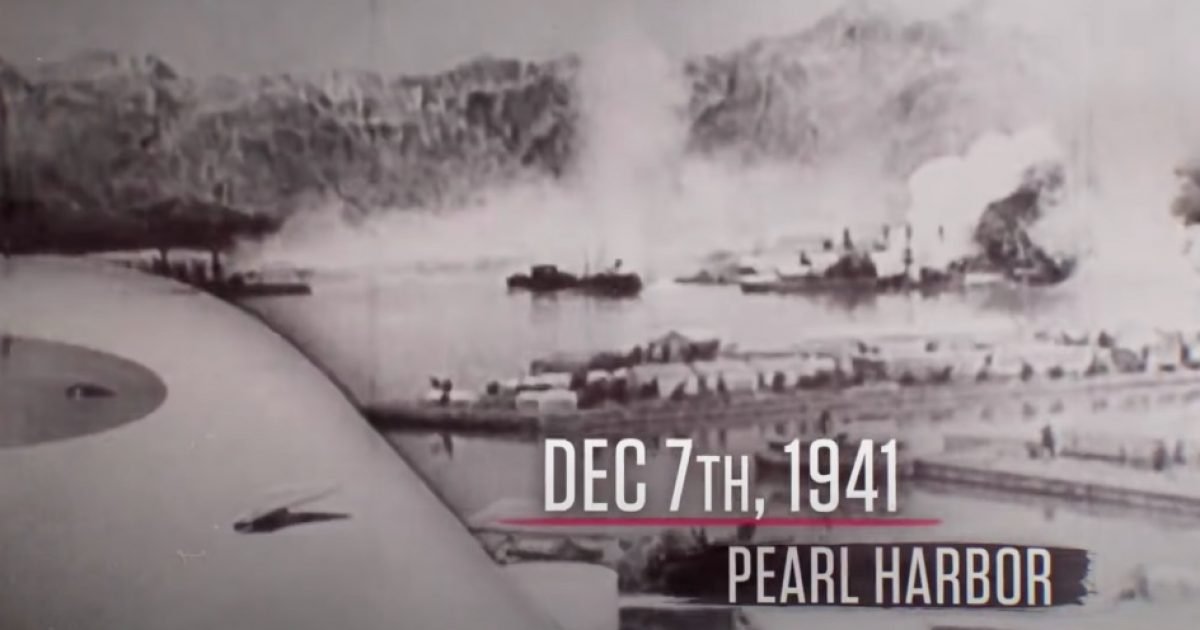 December 7 will mark the 80th anniversary of the Japanese surprise attack that killed 2,403 American service members, dealt a grievous blow to our fleet, and forced the United States into World War II. As we mark this anniversary, our inadequate response to China’s military build-up shows that we are not taking the lessons of that infamous day seriously.

Nine years ago, while stationed at Joint Base Pearl Harbor-Hickam, I put on my whites and took part in the annual Pearl Harbor Remembrance Day commemoration. Watching the ceremony, I must admit that the horrors of that attack seemed quite distant. More than the beautiful tropical setting, I knew that I was a part of the most dominant naval force in human history. With the Cold War long past, no other country could threaten America’s fleet.

This is no longer the case. China’s navy has leaped past the United States in total number of ships, with an estimated 360 to America’s 296. While the U.S. Navy’s ships retain a qualitative edge over their Chinese equivalents, only a fraction are forward deployed in the western Pacific. China’s fleet would have a heavy numerical advantage in the most likely theater of any potential conflict, and this numerical advantage is only growing.

China’s burgeoning military strength is not limited to its navy. China’s missile technology is now superior to ours, and they possess the ability to attack our bases in Guam and Japan with missiles launched from within their country. In late summer, China secretly tested a “fractional orbital bombardment system” capable of sending a nuclear warhead into orbit around the earth before striking a target anywhere on the planet. The United States has no such capability. In August, Adm. Charles Richard, the commander of U.S. Strategic Command, called China’s nuclear investments a “strategic breakout” that will make their country “capable of coercion.”

In 1941, the United States recognized that Imperial Japan was a threat. Nevertheless, our country took insufficient precautions and was still caught by surprise. Even on the very day of the attack, authorities ignored the radar signal of the first wave of Japanese bombers as they approached Oahu.

Unfortunately, we are following a similar path today. A crisis is plainly brewing over Taiwan. Chinese Premier Xi Jinping has called the annexation of Taiwan the Chinese Communist Party’s “unswerving historical task” and threatened foreign powers that attempt to interfere with having “their heads bashed bloody.” Back in March, Adm. Phil Davidson, the outgoing commander of the U.S. Indo-Pacific Command, warned Congress that the threat that China could invade Taiwan is “manifest” within the next six years.

The seizure of Taiwan would be a huge blow to the United States. Taiwan has an advanced economy and occupies an important strategic location. Given our longstanding support of Taiwan, Chinese success would cast serious doubt about the value of American commitments to our allies and drive other countries to align themselves with China.

It is clear that China has the United States in its crosshairs. China intends to build military strength to the point where we would be reluctant to intervene in any conflict over Taiwan and, if we did, they would defeat us. In November, Gen. David Thompson, the U.S. Space Force’s Vice Chief of Space Operations, told reporters that China is launching jamming, laser blinding, and cyberattacks on U.S. satellites “every single day.” Satellite images have revealed that China has built full-sized mock-ups of American aircraft carriers and airfields in the Taklamakan Desert to use as target practice on its missile ranges. These pictures bring to mind archival photographs of the large-scale models of Pearl Harbor that the Japanese military used to plan their attack.

Only by taking concrete action to address the threat posed by China’s military expansion can we hope to deter aggression by China in the western Pacific. However, our efforts thus far suffer from an inexplicable torpor. Despite bipartisan agreement, Congress still has not passed the annual policy bill for the Department of Defense. Beyond paying for the defense priorities we already have, reorienting our forces to face a peer competitor in the Pacific after twenty years of counter-insurgency in the Middle East will take serious thought, planning, and funding. Maintaining the status quo will see the U.S. military eclipsed and our options limited.

It is estimated that fewer than 100 veterans of the attack on Pearl Harbor are still alive today. It is now up to those of us from later generations to remember – and act on – the lessons of that day. We cannot take our country’s physical safety for granted, and we cannot ignore a rising, expansionist power on the opposite side of the Pacific. The clock is ticking.
__________________________
Nicholas N. Joy is a Navy veteran and a graduate of Harvard Law School. He was stationed at Joint Base Pearl Harbor-Hickam for three years. All views expressed here are made in the author’s personal capacity and do not represent the position of the Department of Defense, the Department of the Navy, or any other entity of the U.S. Government.