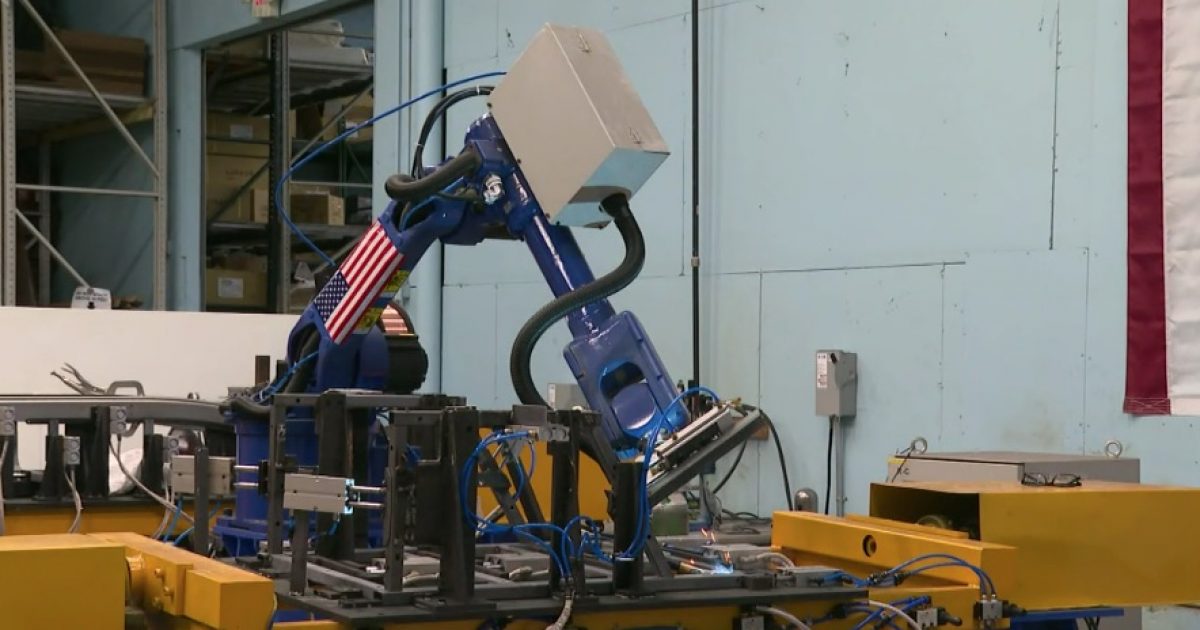 As supply chain woes continue to ravage the U.S. economy, policymakers in both parties are recognizing the dire consequences of America’s dependence on foreign manufacturing. The implications extend beyond the economic sphere. The COVID-19 pandemic underscored manufacturing’s essential role in ensuring our health, safety, and national security.

The decline of U.S. manufacturing output has coincided with increasingly aggressive state-subsidized production in other countries, leaving many to wonder whether the power of America’s private sector alone can secure our global competitiveness. Indeed, China is not alone in its use of state planning to boost production of critical supplies. In the semiconductor industry, subsidies account for up to 70% of the cost differential between a chip fabrication facility in the U.S. and one based in China, Taiwan, or South Korea.

The debate over how best to balance our free market ideals with the demands of international competition is as old as America itself. In his 1791 “Report on Manufactures,” Alexander Hamilton urged congressional action to support U.S. industrial strength for economic and military reasons. In the ensuing 230 years, our country has engaged in a tug-of-war between industrial policy and a purely laissez-faire approach. The way we choose to strike this balance today will determine not just our economic vitality and national security, but also the example we set for the free world.

To grapple with these issues, we at the Ronald Reagan Institute convened a Task Force on National Security and Manufacturing Competitiveness made up of leaders from both parties and a range of critical industries. After spending months developing a holistic understanding of the challenges, our task force released a report last week concluding that if America is to prevail in this competition, it must be through our free, open, and values-based economy — but that government has a role to play in enabling its success.

The task force identified six core challenges affecting U.S. manufacturing: a significant workforce skills gap, inadequate capital investment, unsatisfactory productivity gains, a fragile supplier ecosystem, insufficient coordination across government, and inadequate architecture for international cooperation. None of these challenges can be solved by the private sector alone; nor can they be solved by top-down industrial policy. They require a federal policy agenda that empowers our private sector to do in this century what it did in the last: design, build, and produce the supplies critical to our economy and national security.

The technical skills gap in manufacturing provides a case study in the need for more effective public policy to support industry, especially when it comes to small- and medium-size firms that lack the resources to invest in training programs. While some larger companies have begun building out their talent pipelines through partnerships with community colleges and credentialing and training programs, their efforts are often localized. Industry rarely shares best practices across companies or regions. Government can help by serving as an investor, partner, and coordinator of efforts.

Our task force urges the federal government to incentivize private investment in the talent pipeline by offering an outcome-based reimbursement and matching program for firms that invest in accredited education programs. It also recommends allowing employers to compete for federal funding that traditionally subsidizes college degrees to instead fund credential programs, apprenticeships, and internships to build careers and the workforce. At the same time, the task force urges U.S. manufacturing firms to focus their ESG (environmental, social, and governance) efforts on workforce development by funding 500,000 trade school and apprenticeship programs over the next decade.

Similarly, public and private efforts can be combined to address inadequate capital investment in manufacturing. While other nations pair state subsidies with government control, our task force recommends standing up a new public-private investment entity designed to provide necessary government support while also attracting private capital. This could take multiple forms, including a new government-sponsored investment entity like the proposed Industrial Finance Corporation, changes to existing institutions such as the U.S. International Development Finance Corporation, direct bond buying programs, a sovereign fund, or private capital funds focused on the on-shore manufacturing ecosystem. Whatever the mechanism, the focus must be on empowering private markets rather than controlling them.

Two of the challenges identified by the task force — insufficient coordination across government and inadequate architecture for international cooperation — fall squarely on government, but the common thread throughout the report is the focus on government’s role in promoting a strong, independent private sector. A key example of this is the proposal to modernize the Defense Production Act to enable holistic support for manufacturers, including through targeted visa approvals for STEM talent, direct project financing, automatic fast-tracking for permitting, and additional support for workforce training initiatives.

The United States cannot prevail in today’s global competition by becoming more like our authoritarian rivals. Rather, we must become a more efficient and effective version of ourselves. From World War II to the Cold War, America secured victory in the last century by synchronizing the strength of our democratic principles with the dominance of our private innovators. So it must be today. Our federal government must take targeted action to enable our businesses and workers to do what they do best: conceive, create, and produce the supplies America needs to remain the freest and most prosperous nation on earth.

Roger Zakheim is the director of the Ronald Reagan Institute.