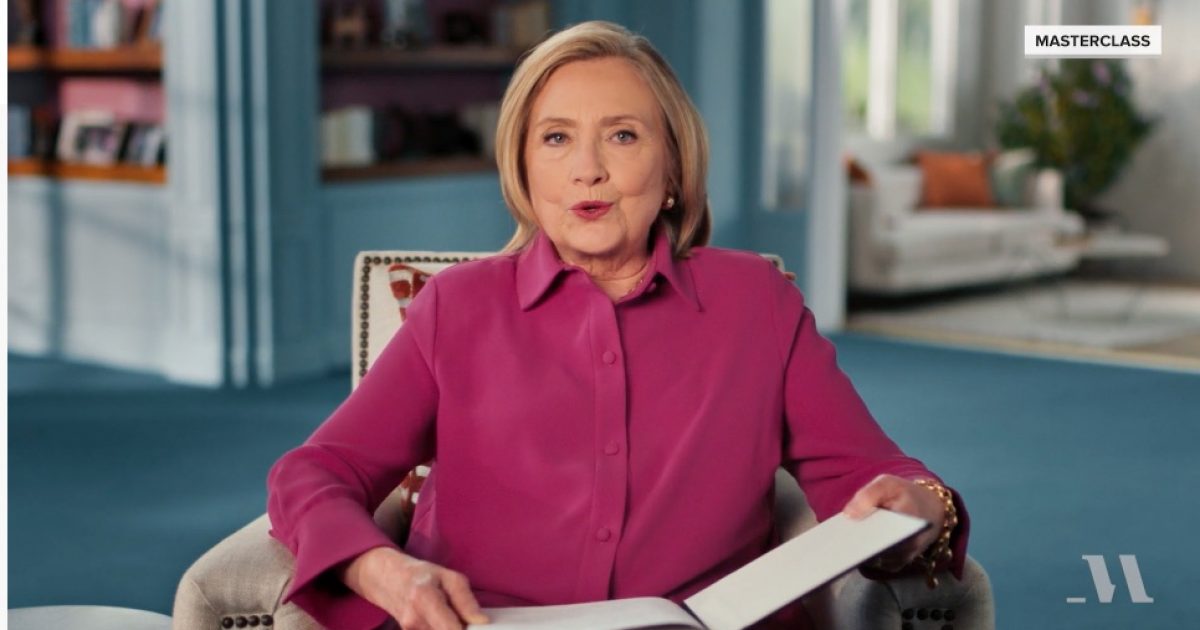 Hillary Clinton got emotional as she read part of her 2016 victory speech that was never delivered.

Clinton appeared on NBC News’ “Today” where she shared her new Master Class lesson on resilience that uses the speech she would have given if she had won against Donald Trump in 2016.

Hillary Clinton gets emotional as she reads her “would have been” 2016 victory speech pic.twitter.com/ClAHdVsyoD

The full Master Class will be available on Thursday but Clinton discussed and shared part of it on the “Today” show.

In addition to appearing on NBC News, Clinton also promoted her class on Twitter.

I’m excited to invite you to join my new @Masterclass.

I’ll be teaching the skills I developed throughout my career—the challenges, the triumphs, and all the rest.

I hope these lessons will help you chart your own path with passion and purpose. https://t.co/1hCU0gbu6b pic.twitter.com/1Mo1jxwwxC

Clinton got emotional as she read her speech in the Master Class recording when she talked about her deceased mother.

Hillary Clinton crying while reading the acceptance speech she would have given in 2016 has absolutely broken me. pic.twitter.com/6bj3IOB3Ur

Hillary Clinton reading a small part of what would of been her victory speech!

Very hard to watch! She would of been the greatest President!

I always be with her!
#ImWithHer

I am telling you, you are not yet ready for this. It takes a @MasterClass in resilience to watch @HillaryClinton deliver her 2016 victory speech – and that is exactly what this is. It will move you. It will change you. Just as she and her journey always has. Buckle up… https://t.co/Xcd0TIdSg7

DELUSIONAL: Hillary Clinton recites in near tears the “WOULD HAVE BEEN” presidential victory speech she would have made if she had won the 2016 presidential election as part of her new “master class” pic.twitter.com/9sJRcr7Wsk

Clinton is a polarizing figure so it’s not surprising she is getting a lot of attention from her Master Class promotion.

One thing is certain, Clinton loves to be in the news and she is desperately trying to stay relevant as she sits at home obsessing about her loss to Trump.