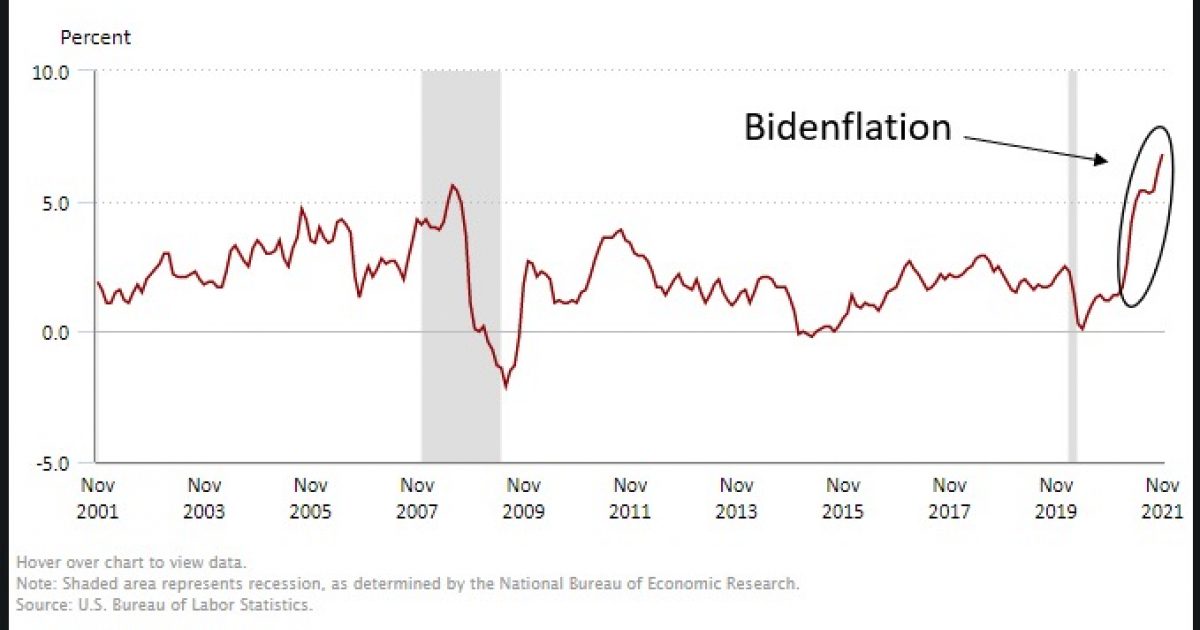 Inflation, as measured by the Consumer Price Index, surged to 6.8 percent which is the highest rate in 39 years.

According to the Bureau of Labor Statistics, energy and food prices contributed to the inflation surge.

It pushed annual inflation to 6.8 percent in November, the highest increase since June 1982 and well above October’s 6.2 percent annual rate.

The New York Times made graphs from the Labor Department data. 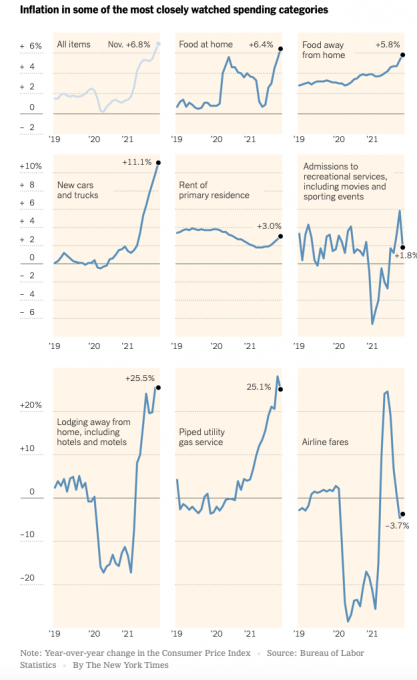 Once considered transitory, inflation is now persistent and the Federal Reserve will be forced to act by reducing the money supply and reducing its purchase of bonds and then start to increase interest rates.

The rise in inflation is harming many American households as they struggle to deal with the increased cost of goods and services.

Biden blamed inflation on the supply chain crisis and said it will come down.

Biden downplays his historic inflation crisis: "not everybody is looking for a used automobile" pic.twitter.com/ps3SejPbkU

Biden owns inflation because his policies fueled it.

Coming out of the COVID-19 lockdowns, Biden and Democrats passed the $1.9 trillion American Rescue Plan that put money into the economy when demand was high and inventories were low.

Moreover, Biden did not learn from that lesson because he wants to pass his almost $2 trillion Build Back Better plan that will throw more money into the economy.

The bottom line is Biden is a disaster because his policies are harming Americans.