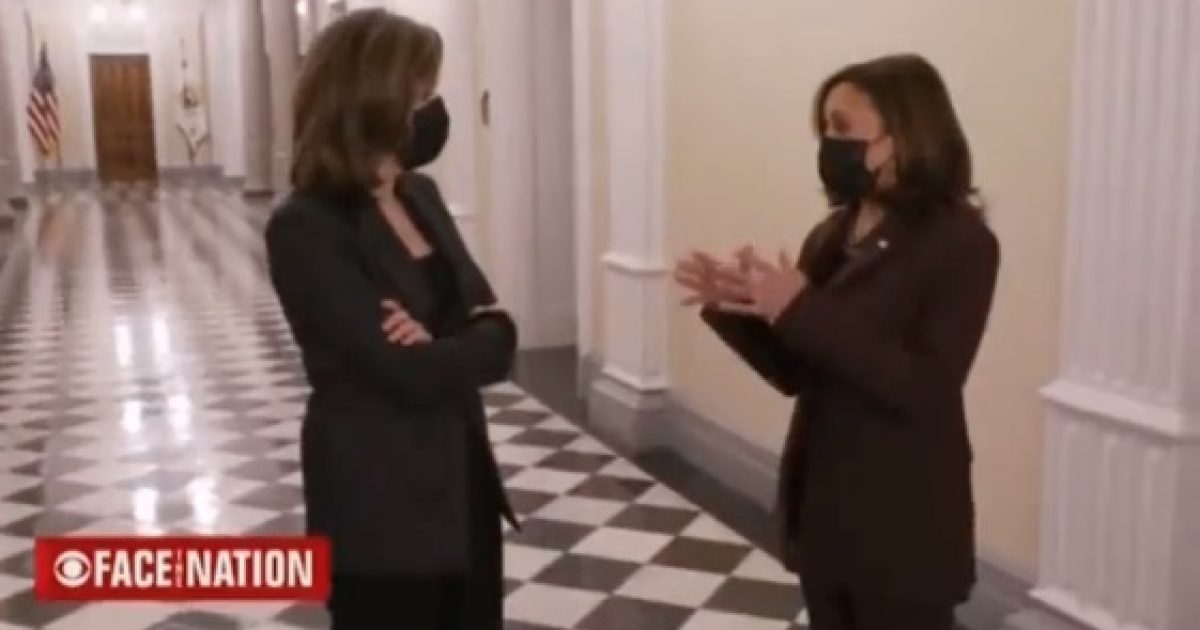 Vice President Kamala Harris was criticized for fumbling a question about inflation.

Harris was interviewed by CBS News’ “Face the Nation” host Margaret Brennan, which included a question about inflation.

Kamala Harris is asked about the inflation crisis and it did not go well. pic.twitter.com/rHre6FsbLu

The criticism of Harris was significant.

This response by @KamalaHarris is absolutely pathetic. Seriously, just say it — “Inflation is not transitory. We screwed up infusing way too much money into economy juicing already overheated demand. Summers warned us. We ignored him. Sorry about that.” It’s ugly but it’s honest. https://t.co/10UE5ztq6H

Kamala Harris’s answer on Inflation — during a friendly, planned interview, on a topic she had to know was coming — reveals just how astoundingly dumb she is…pic.twitter.com/A6csnq5EVw

Harris is aware of her low poll numbers and criticism.

Instead of taking responsibility, Harris recently blamed race and gender for her bad media coverage.

Yet despite the criticism, Harris gets support from Democrats and their media allies.

Whatever you think of Kamala Harris, and how good or bad a job she is doing, this piece by ⁦@EricBoehlert⁩ comparing press coverage of her white, male predecessors in that job versus coverage of her today is… pretty damning. #receipts https://t.co/HRPGROP7fA

CBS News made the complete interview with Harris available on YouTube.

Clearly, Harris is a train wreck.