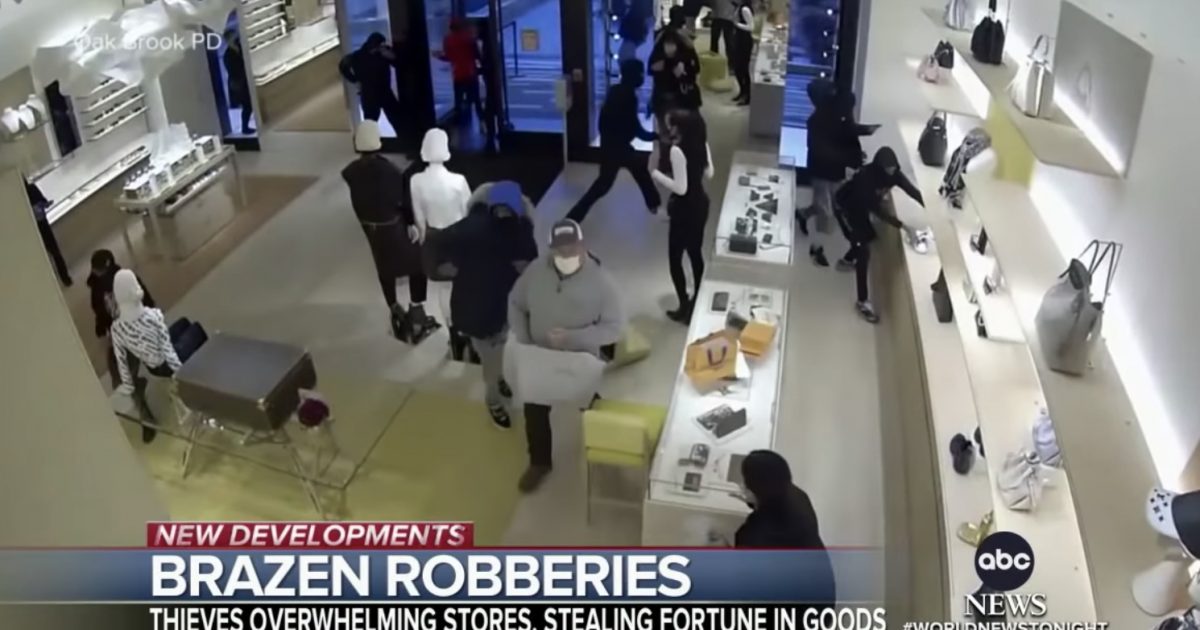 Numerous videos reveal the spike in smash-and-grab robberies organized on social media and in some cases, getaway cars are lined up for quick escapes.

Ocasio-Cortez said in an interview with The Washington Times, “A lot of these allegations of organized retail theft are not actually panning out.”

Contrary to the New York Democrat’s claims, the smash-and-grab crimewave has severely impacted retail outlets, with up to tens of billions of dollars in losses, according to the Associated Press.

Retail outlets are faced with cutting hours or permanently closing their doors.

Walgreens hit back at Ocasio-Cortez, saying, crime “has evolved beyond shoplifting and petty theft to the sale of stolen and counterfeit goods online.”

Due to the spike in crime, Walgreens announced at least five stores in California will be closed.

The president of the California Retailers Association Rachel Michelin says, “This level of violence has taken it to a whole new level.”

Other critics called out Ocasio-Cortez on social media.

The pure tone deaf arrogance of the Progressive Left is astounding. They want to Defund the Police and then deny that the result is an increase in crime. https://t.co/fC2GIeLIxD

AOC you’re not doing Black folks any favors by justifying these awful looting sprees that we’ve ALL SEEN on social media. These crimes make African-Americans look bad as a people and if you were really on our side you would be trying to stop them, not encourage them.

AOC is right…
There is no looting or smash & grab happening..
That is if your ONLY source for news is CNN, MSNBC, NYT, WaPo, NBC, CBS etc..

Have you heard???
AOC says "Smash & Grab" is not a problem…😳
How much more clueless can you get?

Ocasio-Cortez is in denial over the fact that soft on crime policies spearheaded by Democrats are failing which makes Americans and retail outlets vulnerable.