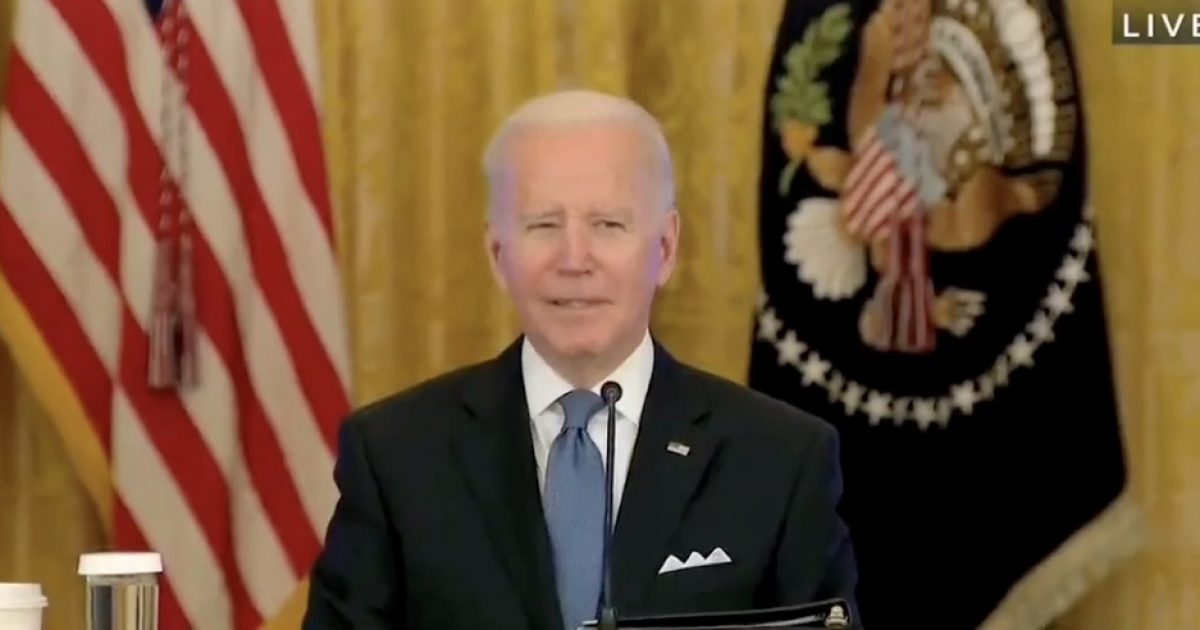 President Biden lashed out at Fox News reporter Peter Doocy calling him a “stupid son of a bitch.”

At a presser on Monday, Doocy asked Biden, “Do you think inflation is a political liability?”

Biden made it clear he didn’t like Doocy’s question and responded with the vulgar insult.

WATCH: Joe Biden calls a reporter asking about inflation a “stupid son of a bitch.” pic.twitter.com/1QiJzZs6HY

Apparently if you ask about inflation that keeps getting worse then Joe Biden thinks you’re a "stupid son of a bitch". Yes, he just said that on a hot mic. Anyone with a wallet has inflation concerns. Joe’s lost every single one of his marbles. pic.twitter.com/dhRCaPVXlF

This isn’t the first time Biden insulted someone for asking a question.

Biden demonstrated over the years he didn’t like being challenged by anyone and aggressively hit back at whoever questioned him.

Joe Biden really doesn’t like it when you ask him questions. pic.twitter.com/xP63JkOai3

While inflation and the economy are top issues Americans are concerned about, Biden’s testy response highlights he’s not only out of touch but that he doesn’t have to answer anyone.