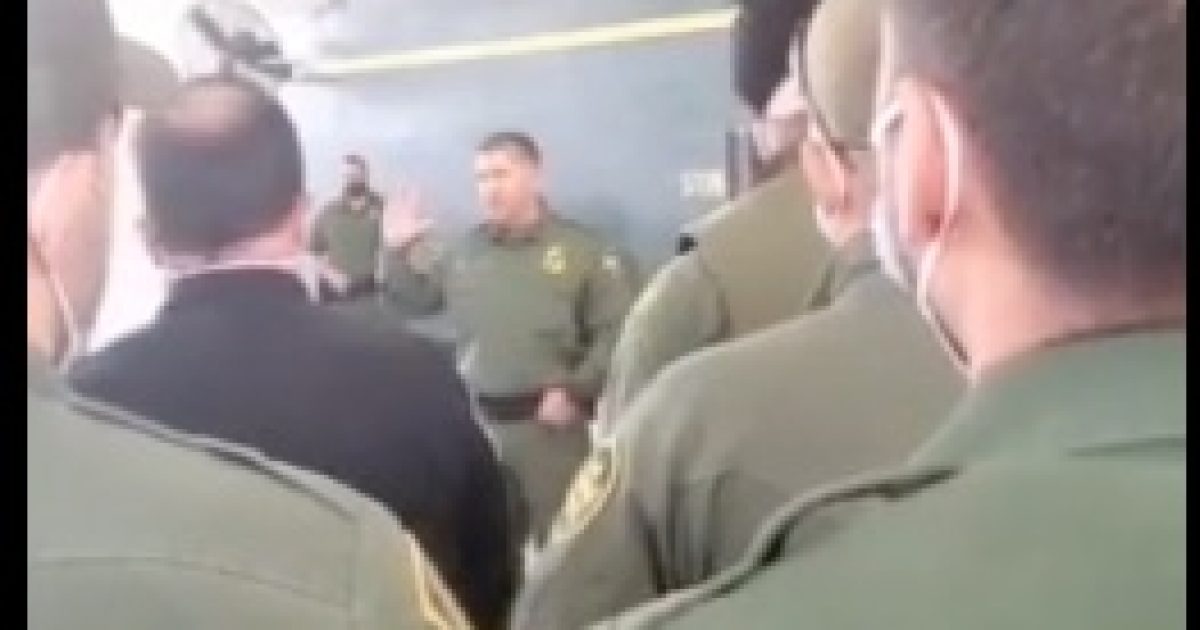 The meeting was intended to boost morale but it did not turn out that way.

Frustrated agents verbally challenged Ortiz during the meeting and the exchange was captured on video that was leaked to the media.

The agents expressed anger that illegal aliens including some with criminal records were being sent to cities around the country.

Agents also expressed concern about the number of illegal drugs getting into the country.

The New York Post reported on an exchange between an agent and Ortiz.

“I get it, you come to work, you’re frustrated,” Ortiz said. “You’re upset because you didn’t get the desired outcome that you want. Doesn’t mean you give up.”

“You keep releasing criminal aliens into the country,” the restive agents argued.

“You’re getting bogged down in the policies and the politics,” Ortiz shot back.

Her answer is just EMBARASSING when she confuses it with ANOTHER shameful leaked video pic.twitter.com/LG7j5fqIEa

The tension in Texas was not an isolated incident.

In Yuma, Arizona, an agent reportedly turned his back on Mayorkas.

One agent told Mayorkas the border was better under the Trump admin. Sources who were at the meeting tell me Mayorkas was visibly upset.

Border Patrol agents are pissed and they let Mayorkas know about it today.https://t.co/hAdryUWeke

The border patrol agents are justified with their expression of frustration and anger and their concern was so great someone recorded part of the meeting and then leaked it to the media.