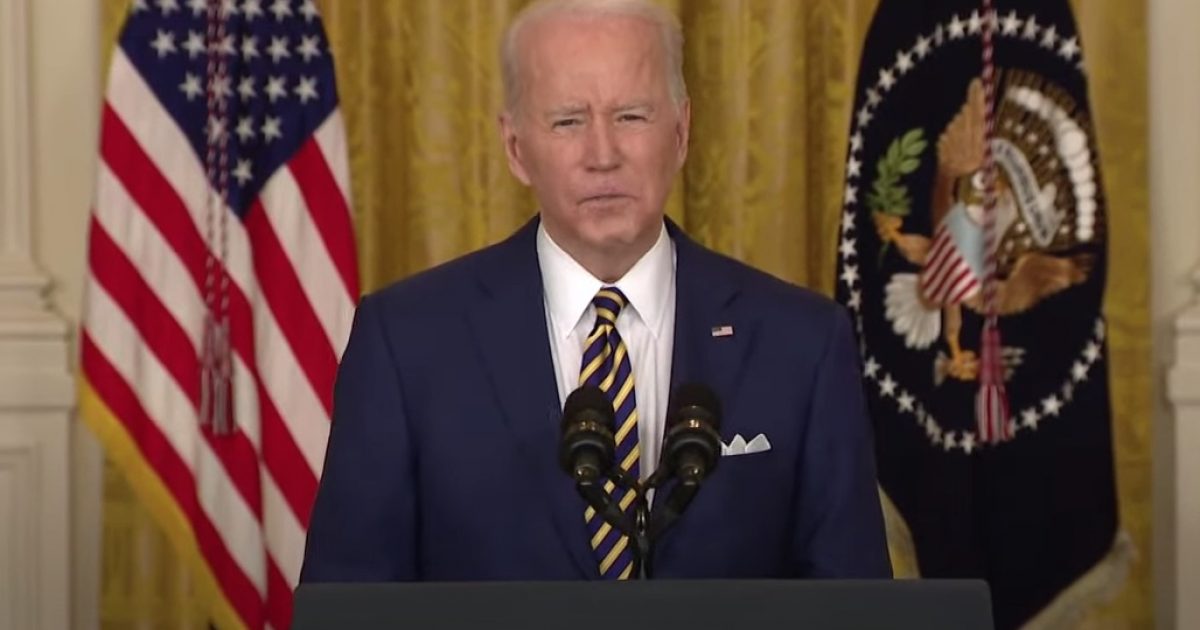 Less than 24 hours after President Biden told RealClearPolitics – and a national TV audience – he was not prepared to say that the coming midterm elections would be legitimate, White House press secretary Jen Psaki was saying the exact opposite Thursday during television interviews, on Twitter and twice to reporters in the briefing room.

The clarification may have come too late. Before Psaki could do damage control, both Vice President Kamala Harris and House Majority Whip Jim Clyburn, the Democrat perhaps most responsible for making Biden president, seemed to amplify a message that the White House would have to disavow hours later.

It all started with a routine press conference question Wednesday but ended with an answer that crowded out some of the positive headlines the administration had hoped to earn on the one-year anniversary of Biden’s inauguration.

If his preferred election reforms didn’t become law, asked Allison Harris of NewsNation, would the midterms be fair and legitimate? Biden hedged.

“Well, it all depends on whether or not we’re able to make the case to the American people that some of this is being set up to try to alter the outcome of the election,” the president said, referring to Republican-controlled state legislatures engaged in their own changes to voting laws and implying that the legitimacy of those elections remains in question.

When Biden later called on RCP, the president was asked to clarify that response. Given the state-level efforts his administration believes restrict voter access, did he believe that the next election “would in any way be illegitimate”? He didn’t hesitate this time. “Oh, yeah,” Biden replied, “I think it easily could be illegitimate.”

And then the president turned his attention to the last electoral contest. “Imagine if, in fact, Trump had succeeded in convincing Pence to not count the votes,” he said.

RCP interrupted to clarify: “In regard to 2022, sir – the midterm elections.”

“Oh, 2022,” he replied, before returning to finish his last thought about 2020. “I mean, imagine if those attempts to say that the count was not legit. ‘You have to recount it and we’re not going to count — we’re going to discard the following votes.’

“I’m not going to say it’s going to be legit, The increase and the prospect of being illegitimate is in direct proportion to us not being able to get these reforms passed,” he continued, tying passage of his preferred federal voting rights legislation to the legitimacy of the midterms.

This was a challenge, Biden said, his party would rise up to meet even if Senate Democrats could not get his preferred election bills into law. “You’re not going to see me, and I don’t think you’re going to see the Democratic Party, give up on coming back and assuming that the attempt [to pass those measures] fails today,” he said.

Hours later, a bipartisan majority consisting of all Republicans and Democratic Sens. Joe Manchin and Kyrsten Sinema doomed that congressional effort. And while the president would say in a statement that he was “profoundly disappointed that the United States Senate has failed to stand up for our democracy,” the administration did not seek to clarify the president’s legitimacy comments until the next morning.

Capitol Hill woke up to a statement from the White House press secretary.

“Lets be clear: @potus was not casting doubt on the legitimacy of the 2022 election. He was making the opposite point: In 2020, a record number of voters turned out in the face of a pandemic, and election officials made sure they could vote and have those votes counted,” Psaki tweeted.

“He was explaining that the results would be illegitimate if states do what the former president asked them to do after the 2020 election: toss out ballots and overturn results after the fact. The Big Lie is putting our democracy at risk. We’re fighting to protect it,” she concluded.

Harris had already finished an interview with the CBS morning show before Psaki pressed “send.” Gayle King asked the vice president about next steps now that the voting legislation had failed in the Senate. Harris said that the risk of “attacks on our democracy” remained ongoing.

“If you boil it down to it, one of the specific issues is that folks are making it – people in elected offices and states are making it more difficult for their citizens to vote,” she continued.

Clyburn expressed similar concern, addressing the legitimacy question explicitly on CNN. “Are you concerned that without these voting rights bills the election results won’t be legitimate?” asked anchor Kasie Hunt. Clyburn, a confidant of the president, replied, “I’m absolutely concerned about that.”

When Psaki made her Fox News debut Thursday, the press secretary heralded Biden’s year-one accomplishments, joked about the Cincinnati Bengals’ playoff chances, and denied that the president was questioning if the United States would have free and fair elections come November.

Psaki insisted that Biden “absolutely is not predicting that the 2022 elections would be illegitimate. … The point he was raising was both that in 2020, even amongst challenging circumstances, efforts to suppress the vote in the midst of a pandemic, there was record turnout, [among] Democrats and Republicans, record turnout to go to the polls.”

What the White House considers a clarification was the product of late night and early morning conversations between the president and his advisers, though the new statement came well after Biden’s initial remarks. The day after, Psaki told reporters, Biden was “actually attempting to make the opposite point,” namely that despite the pandemic and Republican attempts to suppress the vote, a record number of Americans did cast votes.

At the White House press briefing Thursday, Peter Alexander of NBC News quoted Biden’s words from the day before. “When a reporter followed up, the president said to him, ‘I’m not saying it’s going to be legit. The increase in the prospect of being illegitimate is in direct proportion to us not being able to get these reforms passed,’” he said before asking again: “So yes or no, does the president believe, if all remains as it is right now, that the elections this fall will be legitimate?”

Psaki answered, “Yes,” insisting again that Biden was talking about the 2020 election, not the one in 2022.

Alexander asked again, “If there are no changes in terms of voting rights legislation going forward, the president does still feel confident that the elections this fall will be legitimate?”

Those statements from the White House did little to assure liberal activists who are working across the country to stave off what they see as threats to the right to vote, particularly among racial minorities and young voters.

“There is a lot of uncertainty,” Charly Carter, executive director of the progressive Democracy Initiative, told RCP Thursday evening, noting that “what it feels like to vote and whether people have confidence in their election system depends on where they live. … Whether or not you have confidence in the election shouldn’t really depend on your ZIP code, but in this case, it very much does.”

Given that Democrats’election reform efforts has failed in the Senate, Carter said the battle over voter rights and access “is a movement issue now.” She pledged activists would fight, reinforced by an army of lawyers, at the state and local level to ensure free and fair elections. “Everybody is going to be out fighting; it’ll be hand-to-hand combat in every in every county.”

Sen. Mitt Romney didn’t buy any of the clarifications coming from the White House, and the Utah Republican heard echoes of a former president in Biden’s Wednesday claims. “It is a damaging assertion,” Romney told Guy Benson on Fox News Radio, arguing that when someone else was occupying the Oval Office, “Democrats decried this when it came from Republicans and from President Trump. And yet, they’re going down the same path.”

Biden ended his day at a fundraising event, where he reiterated that the 2022 midterms are “critical.” After his majorities failed to deliver to his desk the voting rights bills he requested, the president told the party faithful that they must not only “keep control of the House and the Senate,” they must also “expand our majority.”