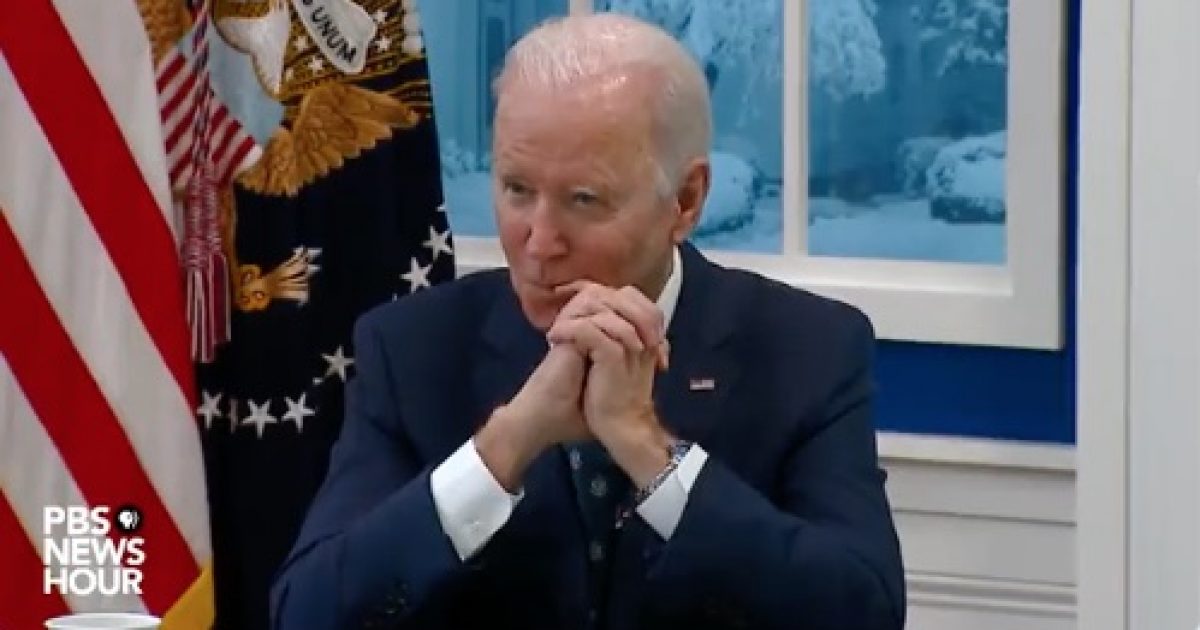 It’s no secret President Joe Biden’s first year in office was spectacularly bad and a disaster on many levels.

The botched withdrawal from Afghanistan, supply chain problems, a porous southern border and a 40-year high in inflation is just a partial list of his failures.

Biden’s incompetence is not going unnoticed by Americans. Polls from various firms and news outlets show plummeting approval ratings on his performance and on a number of topics.

In retrospect, Biden’s exceedingly poor performance is not surprising. Biden was never known as a good decision maker and his inability to pursue the right course on issues is carrying through as president.

However, it’s a possibility that some of the bad decisions are not coming directly from Biden because he is not running the day-to-day operation of the White House.

Under this scenario, information is being filtered to Biden because it’s being determined the president doesn’t need to know.

Over the past few months there is mounting evidence for the alternative view.

One big data point supporting this view was Biden’s reaction and response to a Christmas Eve Santa tracker phone call where at the end of the call the man on the other end of the phone said “Let’s go Brandon.”

Biden responded by saying, “Yes, Let’s go Brandon,” repeating the insulting comment indicating he had no idea what it meant. More telling was First Lady Jill Biden’s reaction where she rolled her eyes after hearing the comment.

The conclusion here is Jill was aware of the slogan and the president wasn’t because she and others decided her husband didn’t need to know that he is the butt end of a joke that spontaneously erupts nationwide.

If accurate, that means the wife of the most powerful man in the world is keeping information from him which is extremely disturbing on so many levels.

For example, the president’s plan to deal with the pandemic is plagued with mismanagement, perhaps tied to Biden being kept in the dark.

The decision not to secure SARS-CoV-2 test kits before the holiday season and winter was a massive failure in judgement and inexcusable from a man that promised to “shut down the virus.”

One doesn’t have to be a rocket scientist or, more relevant in this instance, an epidemiologist or virologist to predict family gatherings and parties during Christmas and New Year’s — especially in cold climates — will be a breeding ground for the virus.

Even Biden could connect those dots so it seems likely his failure to buy test kits was not his call.

During an interview on ABC News on December 23, 2021, Biden said he wished he ” … had thought about ordering a half a billion [tests] two months ago, before COVID hit here.”

Well, it’s possible he didn’t think of it because a specific recommendation never made it to his desk.

In an exclusive story, Vanity Fair revealed the Biden administration rejected a plan presented on October 22, 2021, to provide test kits for the holiday season. The proposal was designed to provide “every American household to receive free rapid tests for the holidays/New Year.”

According to the story, the group that made the proposal — which included the Rockefeller Foundation and the Harvard T.H. Chan School of Public Health — was rejected a few days later.

More recently, a former group of Biden’s pandemic transition advisers wrote a series of articles in the Journal of the American Medical Association recommending a new strategy to deal with the virus.

What’s most interesting about the journal articles was the motivation driving the publication. According to The New York Times, they were written because their advice was being ignored by the White House so they went around the gatekeepers.

That makes two times important and relevant information about the pandemic was ignored by the White House.

Clearly, there is something wrong about the decision making process in the White House; but in the end, Biden is responsible and the buck does stop with him.

The information described here is not a defense of Biden by any means but an indictment of the president. Biden should be nowhere near the White House if he is allowing staff to filter information and to make policy decisions without his knowledge.

In any event, the White House is in chaos and the inability for Biden to lead the nation for whatever reason puts Americans at risk.

Dr. Tom Borelli is a contributor to NewsmaxTV. He received his Bachelor of Science in Microbiology from Michigan State University and Master of Science and Ph.D. in Biochemistry from New York Medical College. Read Dr. Tom Borelli’s commentaries here.