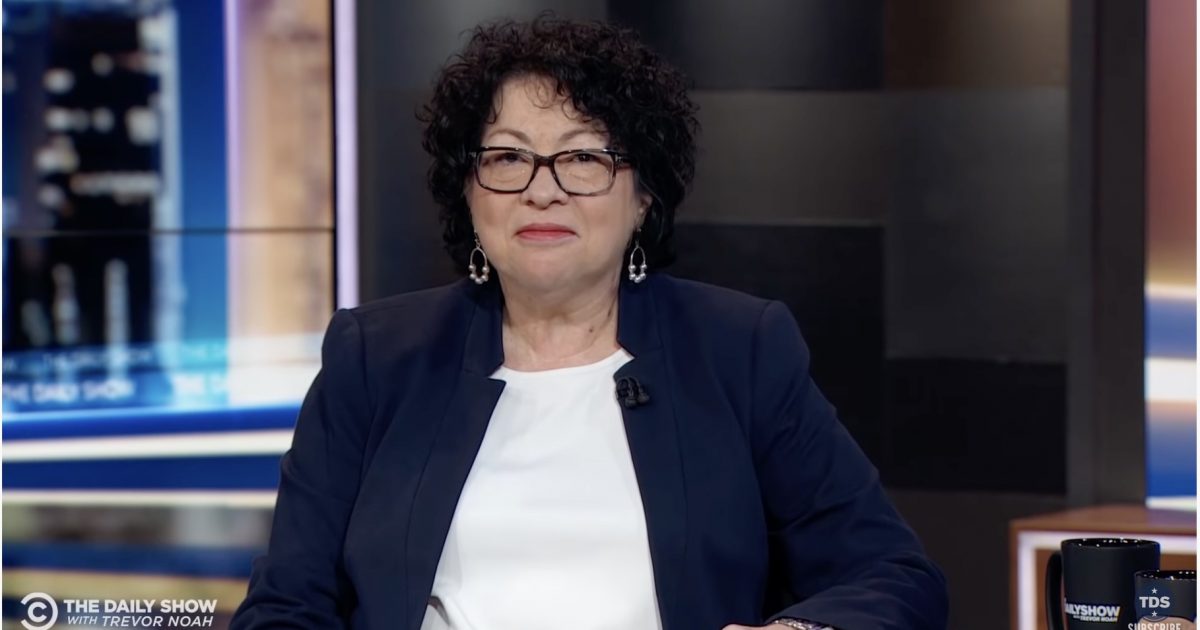 “Omicron is as deadly as Delta … we have hospitals that are almost at full capacity with people severely ill on ventilators.”

“We have over 100,000 children, which we’ve never had before, in serious condition and many on ventilators.”

Here is Justice Sotomayor saying that "hospitals are almost all full capacity" and there are "over 100,000 children" hospitalized with covid "many on ventilators.

None of those things are true. Not even close. pic.twitter.com/MqWEL2UvJg

Yahoo news reported on the data that refuted Sotomayor’s false statement on children.

The current number of confirmed pediatric hospitalizations with Covid in the U.S. is 3,342, according to data from the Department of Health and Human Services released on Friday. The average number of children admitted to the hospital per day with Covid was 776 as of Tuesday, according to the Centers for Disease Control and Prevention.

Studies have found the Omicron virus is less virulent than the delta variant.

PolitiFact determined her claim was false.

NEW: Justice Sonia Sotomayor said during oral arguments today that “we have over 100,000 children, which we’ve never had before, in serious condition, and many on ventilators” due to the coronavirus. That's False. https://t.co/9itoVd1s1L pic.twitter.com/zX8Nf6Bx8r

Last November, Sotomayor made an appearance on “The Daily Show with Trevor Noah” to promote her book.

Sotomayor is a national embarrassment because she spewed propaganda her ignorance is outrageous and damages the credibility of the Supreme Court.