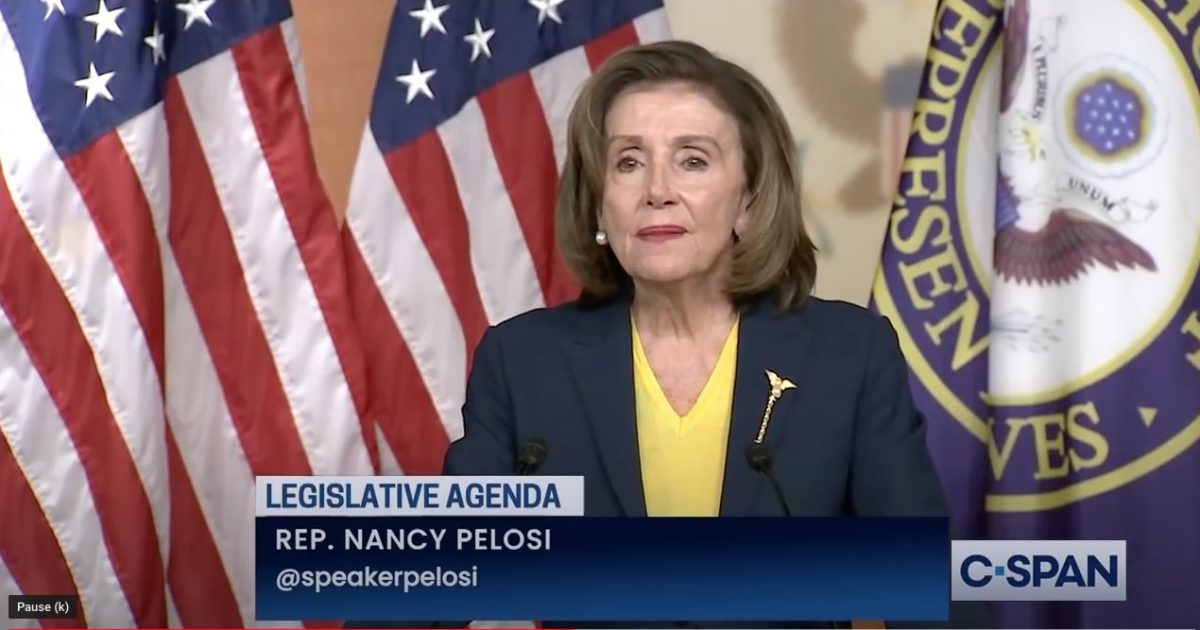 Speaker of the House Nancy Pelosi (D-CA) made millions in stock trades raising questions about inside trading.

A Newsmax story, “NY Post: Pelosi Makes Up to $30 Million on Insider Stock Trades,” reported Pelosi made “… as much as $30 million personally from insider stock trades on the very Big Tech companies she oversees in Congress.”

Not only did Pelosi make millions on technology stocks but she is apparently holding up bipartisan legislation that has the potential to break up technology companies such as Apple and Google among others.

UPDATE: House Speaker Nancy Pelosi decries corporate greed, but that hasn’t stopped her from raking in as much as $30 million personally from insider stock trades on the very Big Tech companies she oversees in Congress. https://t.co/jctdfLCcTR

It was also noted that Pelosi’s husband has done better in trading stocks than hedge funds.

Nancy Pelosi's Husband Seems to be a Savant at Timing His Stock Market Trades, Beating Nearly Every Hedge Fund by 30%.

Amassing a 9 figure fortune doesn't have to be difficult, if you're married to the Speaker of the House of Representatives. pic.twitter.com/AAI0snQWZM

During a press briefing, Pelosi said she opposed legislation that would prevent members of Congress from trading individual stocks.

Pelosi said, “We’re a free market economy,” and members of Congress should be able to trade stocks based on that principle.

Pelosi’s view on stock trading is at odds with a recent poll.

The Hill reported on a poll by The Convention of States Action, that “…70 percent of Democrats, 78 percent of Republicans and nearly 80 percent of independents say members of Congress should not be allowed to trade stocks.”

Members of Congress do have an unfair advantage with insider trade information and should be banned from trading in stocks during their terms.

Once again, Pelosi is out of touch with Americans but she doesn’t care because she is above them.

The bottom line is Pelosi is putting her personal interests above her constituents and Americans.