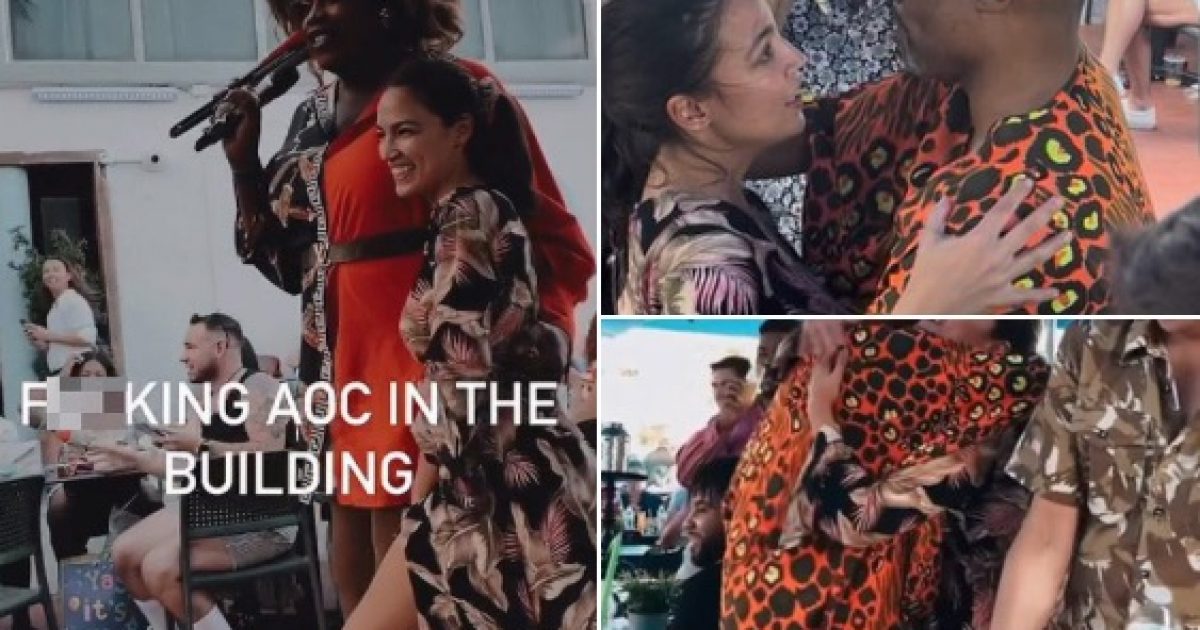 Ocasio-Cortez continues to make news during her trip to Miami.

First, she generated news resulting from a picture of her maskless with a male companion.

Never missing an opportunity to make news, Ocasio-Cortez attacked Republicans after critics made note of her male companion’s sandals and her not wearing a mask.

If Republicans are mad they can’t date me they can just say that instead of projecting their sexual frustrations onto my boyfriend’s feet.

She claimed Republicans have a “…deranged sexual frustrations that underpin the Republican fixation on me.”

It’s starting to get old ignoring the very obvious, strange, and deranged sexual frustrations that underpin the Republican fixation on me, women,& LGBT+ people in general.

These people clearly need therapy, won’t do it, and use politics as their outlet instead. It’s really weird

Critics also pointed out the way New York City is addressing COVID-19 in comparison to Florida.

Just a reminder that this is how AOC’s constituents are treated while she vacations in Florida.

Every elected official in New York should be asked if they support sending police to bully 5 year olds in the name of “public health”pic.twitter.com/h5SUV7ftGe

I don’t mind that AOC is partying mask-free in Miami.

But I DO mind that 2-year-olds in her district are force-masked for hours at daycare and NYC schoolchildren are eating lunch outside in freezing temperatures.

Not deterred, Ocasio-Cortez continued to avoid COVID-19 reduction strategies such as social distancing and mask wearing.

EXPOSED: AOC is STILL lounging it up in Florida, in large crowds and maskless. This time at a Drag Queen bar in Miami.

Rules for thee but not for me. pic.twitter.com/8l30GFA0GT

Ocasio-Cortez is a prime example of Democrats “do as I say, not as I do” mentality.

Despite her hypocrisy, Ocasio-Cortez gets tons of support from Democrats and remains a force in Democrat politics.

As long as she will not be held accountable by the media or Democrats, Ocasio-Cortez will do as she pleases.