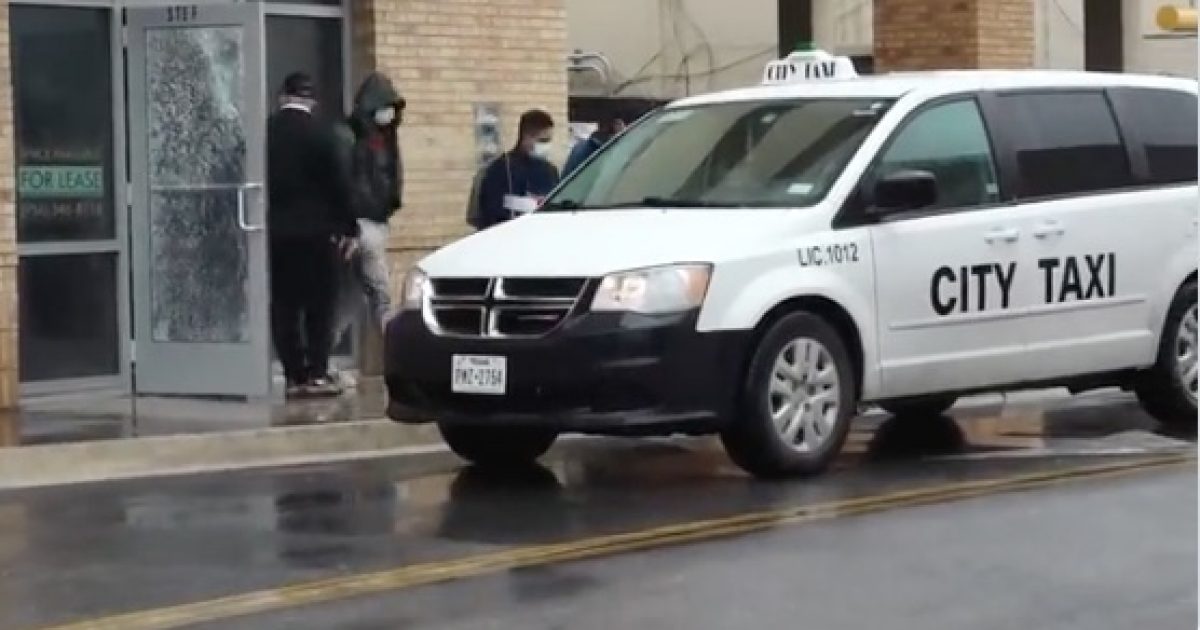 A video captured a mass release of illegal migrants who were then flown to cities in the U.S.

Fox News national correspondent Bill Melugin shot video of illegal migrants being released and then transported to the airport to catch flights to cities in the U.S.

NEW: We witnessed the federal gov mass releasing single adult migrants, almost all men, at a parking garage in Brownsville. Taxi cabs were then called for them. We followed the taxis to Harlingen airport, where the migrants were dropped off to get on flights around U.S. @FoxNews pic.twitter.com/HcSSwtjMnR

This is not the first time the Biden administration was found to be releasing illegal migrants into cities across the country.

The crisis at the southern border continues and today’s video from Melugin shows a human trafficking operation in action.

NEW: A human smuggler driving a dump trailer with 59 illegal immigrants crammed inside led @TxDPS on a pursuit in Dimmit County, TX on Monday before bailing out and fleeing. The migrants then jumped out en masse in an effort to escape. Migrants caught. Smuggler got away. @FoxNews pic.twitter.com/4jeWlQw2K7

Under this admin, nearly 2 MILLION illegal immigrants have been apprehended at our southern border, and a report shows almost half of those released last summer with a Notice to Report didn’t show up.

The southern border is out of control and it’s Biden’s fault.