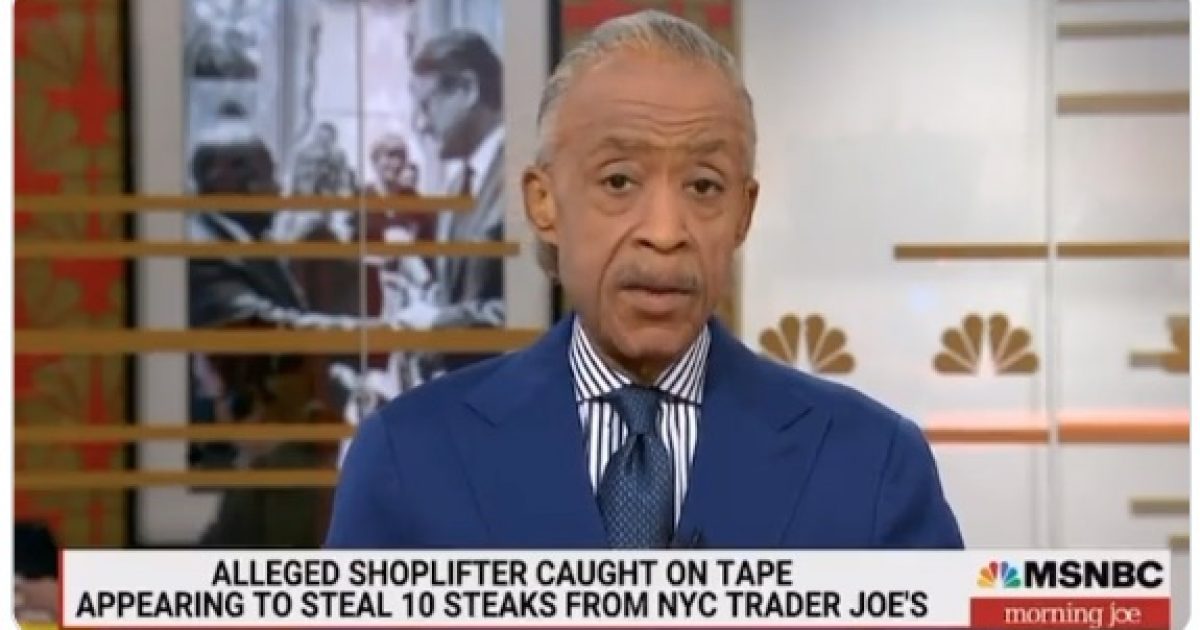 Appearing on “Morning Joe,” Sharpton said, “…but at the same time you cannot have a culture where people are at just random just robbing and stealing and is out of control.”

An alleged shoplifter has been caught on tape appearing to steal 10 steaks from NYC Trader Joe’s. I joined MSNBC to speak on the need for public safety and to address criminal justice concerns.#MorningJoe pic.twitter.com/bWrNC8d8rQ

Backing up Sharpton’s concern, there is no doubt shoplifting is surging in Manhattan.

For example, a Rite Aid drug store in midtown Manhattan has closed over repeated shoplifting at the location.

The story quotes workers at the store.

“They come in every day, sometimes twice a day, with laundry bags and just load up on stuff,” one store employee told The Post, as two others nodded in agreement.

“They take whatever they want and we can’t do anything about it. It’s why the store is closing. They can’t afford to keep it open.”

The Rite Aid store is just one of many retail outlets in Manhattan plagued by shoplifters.

New York City's largest grocery chain announced Thursday it is beefing up security amid a wave of shoplifting across the city. https://t.co/VcfPiHrWW6 pic.twitter.com/STrHHpzUOI

“We are hiring more and more security. We hired a lot of retired cops,” Catsimatidis said.

Shoplifting is only one problem in New York City. There is also a surge in other crimes including carjackings and shootings on the streets.

The increase in all types of crimes is a result of cash-free bail and the refusal of city prosecutors to charge lawbreakers with serious crimes.

These soft-on-crime policies are the doings of Democrats including Sharpton who has been a vocal critic of law enforcement.