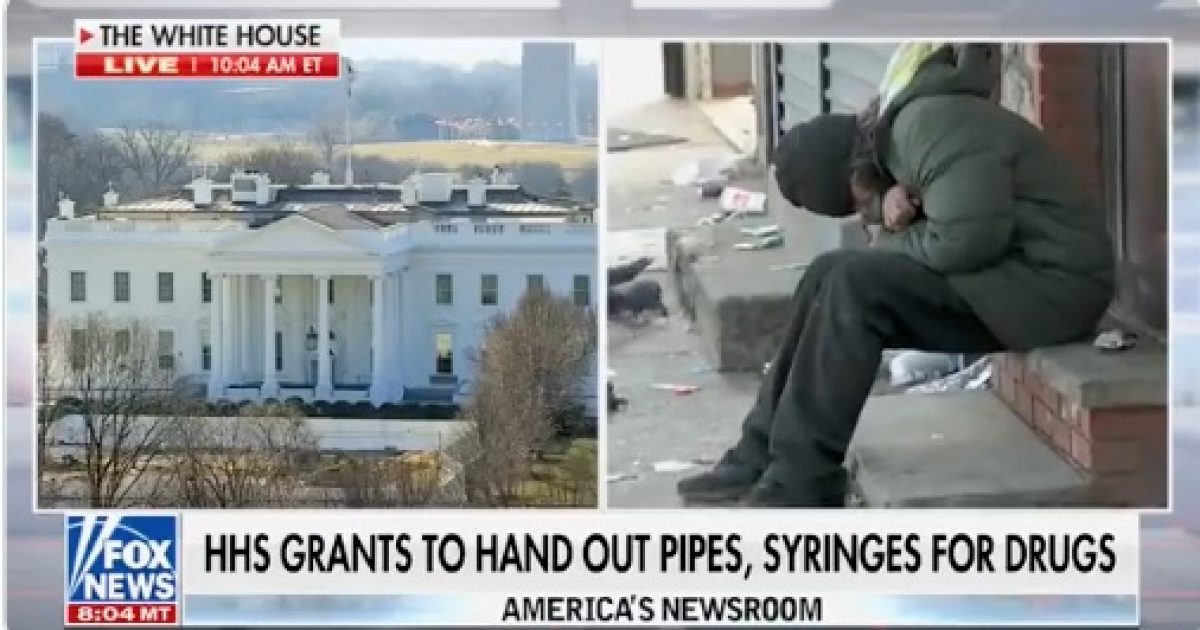 The Department of Health and Human Services (HHS) is planning to fund a program that will give crack pipes to achieve “racial equity.”

Under the plan, $30 million in government funds would be handed out to non-profit organizations and local governments that will give out so-called “safe smoking kits” that can be used to smoke illegal substances such as crack cocaine and crystal methamphetamine.

The idea is being pushed under the public health notion of harm reduction – the idea that drug users are going to use anyway so it’s best to give them devices that will allow safe devices to meet their addiction needs.

The $30 million grant program, which closed applications Monday and will begin in May, will provide funds to nonprofits and local governments to help make drug use safer for addicts. Included in the grant, which is overseen by the Department of Health and Human Services, are funds for “smoking kits/supplies.”

So-called “underserved communities,” including African Americans and “LGBTQ+ persons,” as established under President Joe Biden’s executive order on “advancing racial equity,” will be prioritized according to the Washington Free Beacon.

There is no end in sight for this lunacy https://t.co/RLv6cAuLCt pic.twitter.com/WdlzOojkdF

The crack pipes are probably made in China like the “free” COVID tests they sent us. Pay attention, people. https://t.co/MVfooAC9kM

The plan to give out devices to facilitate drug addiction is outrageous and it’s especially destructive since the program is going to target minority groups.

Taxpayer funds should be used for drug treatment plans and not to supply individuals with ways to stay addicted.