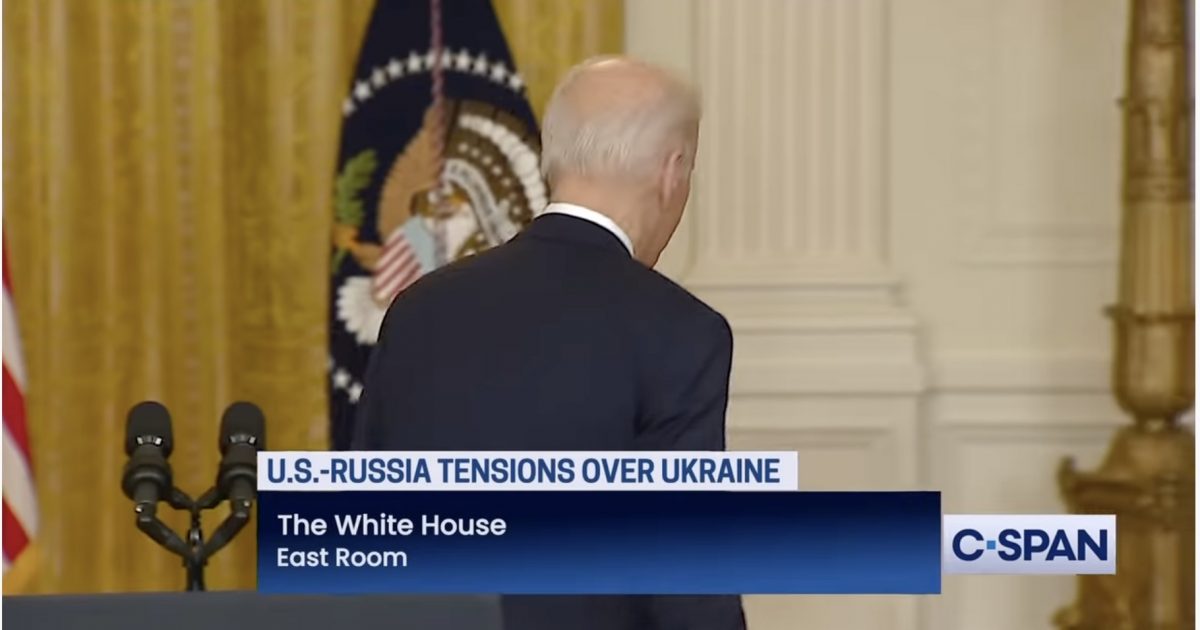 The EU announced sanctions against Putin earlier on Friday and Biden followed the EU stance after he had a phone call with Ukrainian President Volodymyr Zelensky.

Biden, she said, decided to join the European Union in sanctioning the Russian president and his foreign minister, Sergei Lavrov, after speaking with European Commission President Ursula von der Leyen. The EU had taken the action earlier in the day.

Also included in the sanctions from Biden is a Russian sovereign wealth fund.

The Secretary of Treasury will also be imposing full blocking sanctions on the Russian Direct Investment Fund–a state owned financial entity that functions as a sovereign wealth fund, which is supposed to attract capital into the Russian economy in high-growth sectors.

The decision by Biden also followed his refusal to address sanctions against Putin during his press briefing on February 22.

Biden skips a question on why he does not sanction Putin today. pic.twitter.com/FvLfHoC8K2

Biden’s critics also focused on the president’s failed effort to stop the Russian invasion of Ukraine.

Too little, too late was a theme regarding the sanctions.

Joe Biden's address about Ukraine was disgraceful. The sanctions that he announced might have been good 2 months ago, but not now. America, let’s be very clear…

This is so sad for our nation and our allies.

Biden’s removal of sanctions on the Nord Stream 2 natural gas pipeline, which he recently reversed, was also a topic of critics.

Biden literally gave Putin a pipeline, while taking away ours (Keystone XL). pic.twitter.com/2z1xRKWpJX

During his announcement of the first round of sanctions against Russia, Biden refused to take questions from the media.

Biden’s lack of leadership is an embarrassment and his leading from behind shows he is not capable of being an effective president.

Biden’s incompetence makes the world a much more dangerous place.