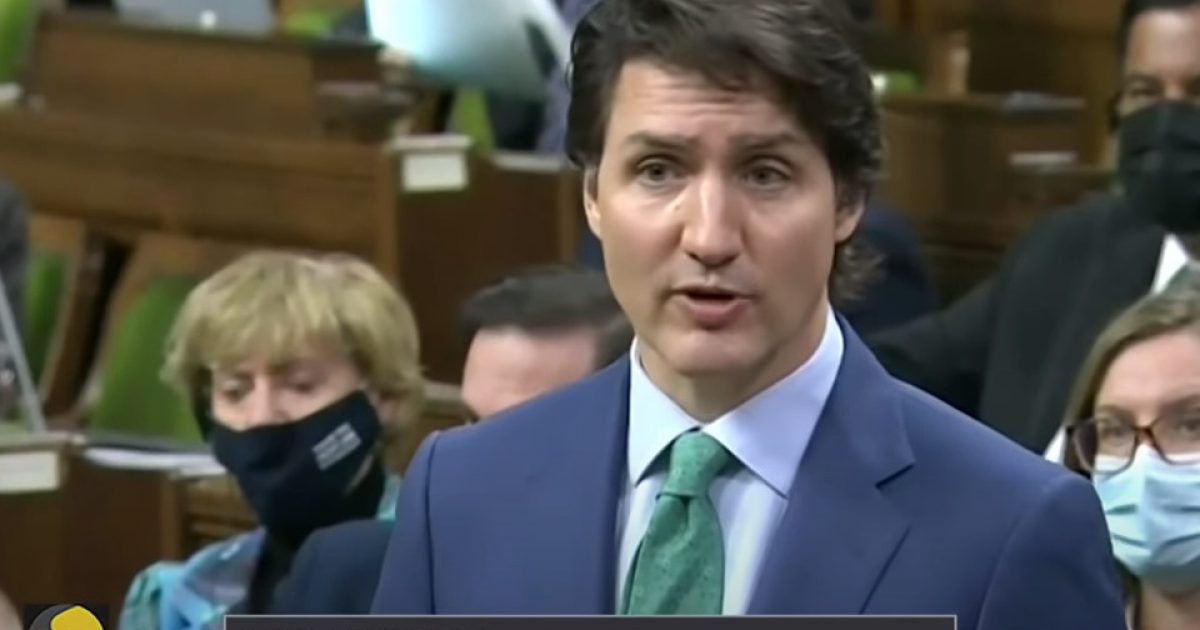 Canadian Prime Minister Justin Trudeau has embarrassed himself and his government with his response to the Freedom Convoy, and however it ends now, there’s no way for him to save face.

From the start, Trudeau has dismissed the truckers’ concerns and tried to discredit them by claiming they’re a fringe minority with “unacceptable views.” Yet, a recent poll suggested that 46% of Canadians have some sympathy with the truckers, even if most disapprove of their methods. That’s higher than Trudeau’s own approval rating.

Rather than meeting with the truckers or even considering some concession or compromise, Trudeau fled Parliament Hill and dug his heels in. Protecting himself from a peaceful democratic protest while doubling down on mandates and restrictions paints a fitting image of the virtue signaling that has characterized his COVID-19 response.

Trudeau should have realized that, regardless of whether he meets the protestors’ demands before or after they disband (or are disbanded), their demands will be met in the near future. They couldn’t have timed their protest more perfectly. As the omicron wave recedes, jurisdictions around the world are removing the same kinds of restrictions that the truckers object to and on which Trudeau continues to insist. The demands of the truckers look more reasonable every day, and Trudeau’s resistance more unnecessary.

Possibly realizing that he needs to end the mandates soon but not wanting to look like he’s giving in, Trudeau has invoked the Emergencies Act for the first time in Canada’s history, in the hope that the truckers can be disbanded before he relaxes the restrictions. It won’t matter. Everyone will see that Trudeau has done exactly what the truckers wanted.

Worst of all is the political effect of declaring an emergency. It’s bad enough that Trudeau has resorted to emergency powers that have rarely been used. (The predecessor War Measures Act was invoked three times: during the two world wars and when terrorists abducted and killed the deputy premier of Quebec.) It’s even worse in this context. In essence, the truckers are rallying against what they view as unacceptable uses of government power. So what does Trudeau do? He asserts even more power.

Trudeau talks about restoring trust in Canadian institutions, but trust can’t be compelled. It has to be earned, and what has he done to earn the trust of the Canadians who oppose vaccine mandates? He’s bulldozed over their concerns and insulted them. Now he’s acting as if they’re an existential threat to the country.

Like American liberal elites, Trudeau doesn’t realize that he’s part of the crisis of legitimacy in Western democracies. He thinks he can deal with democratic dissent with insults and suppression. But politics is about compromise – even with “deplorables” who hold unacceptable views.

It’s time for Trudeau to accept that the truckers have prevailed. He should meet their demands and end the restrictions. That way, he can end both the protests and the pandemic – and maybe even restore some trust in democracy.

Steven McGuire, born and raised in Canada, is director of the Matthew J. Ryan Center at Villanova University.