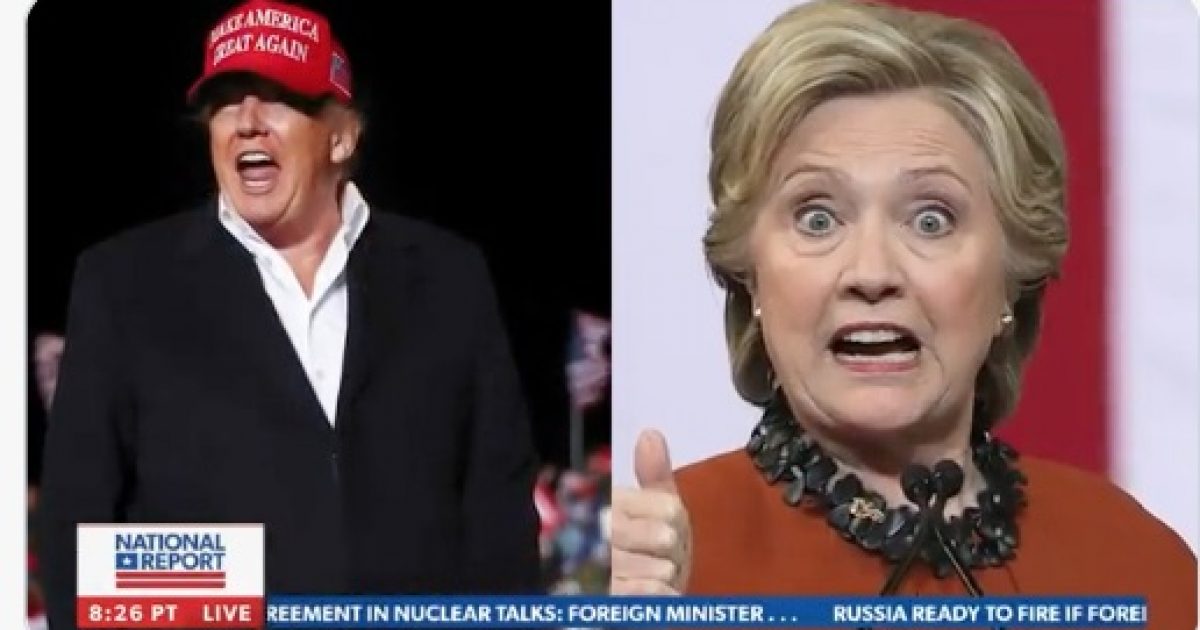 The investigation by Special Counsel John Durham over the origins of the debunked Russia collusion claim revealed an effort by Hillary Clinton operatives who spied on then-candidate Donald Trump and President Trump after the 2016 election.

In a recent court filing by Durham, the document alleges operatives linked to Hillary Clinton’s campaign got access to Trump’s computer servers with the intention to collect information to push the “narrative” to government officials that Trump was in contact with Russia.

Lawyers for the Clinton campaign paid a technology company to “infiltrate” servers belonging to Trump Tower, and later the White House, in order to establish an “inference” and “narrative” to bring to government agencies linking Donald Trump to Russia, a filing from Special Counsel John Durham says

Newsmax TV reported on the court filing and context of the Durham investigation.

Of importance, back in 2016 Clinton promoted the idea that computer experts discovered a link between Trump and Russia.

Despite the significance of this huge story linking Clinton to an effort to interfere in the 2016 election and after Trump became president, the media that reported on Russian collusion is now ignoring the story.

The Special Counsel investigating wrongdoing that led to Russiagate, John Durham, filed a document accusing the Clinton campaign of paying tech operatives to spy on Trump campaign, then Admin, servers. See if you can find liberal outlets covering this.https://t.co/SjcheiqsnR

Newsmax TV did cover the story and Tom Borelli made the following comment:

"This is a digital insurrection," said @tomborelli of efforts to hack Trump Tower and the Trump White House linked to the Clinton campaign alleged in filings by Special Counsel John Durham, on Monday's "National Report." pic.twitter.com/R91FAJQUbd

Mounting evidence is showing Clinton went way over the top in her effort to undermine President Trump.

Durham must hold those who were involved with the plot accountable for their actions.