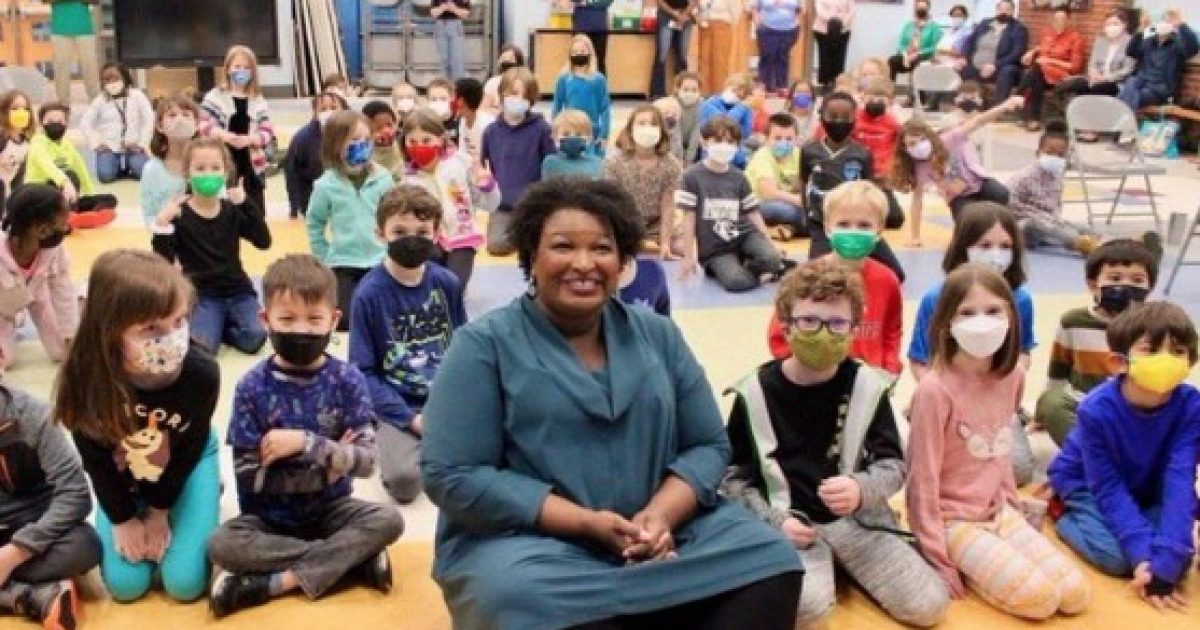 Democrat Georgia gubernatorial candidate Stacey Abrams is getting slammed over a picture she took with school children.

The picture shows Abrams maskless and surrounded by masked children in a classroom.

To critics, the picture illustrates liberal hypocrisy over mask-wearing where Democrat politicians take pictures without a mask but children are forced to wear them.

Los Angeles Mayor Eric Garcetti and Governor Gavin Newsom were photographed at a stadium without wearing masks while the state has a mask mandate.

The statewide mask mandate in California is set to expire on February 15th.

Critics were outraged over the Abrams photo.

@staceyabrams You have no idea how much fury this makes parents feel. THIS is why I will be voting republican (for the first time in my life) come November. Every day longer kids have to mask increases the likelihood that I’m done with @TheDemocrats for good. Unmask our kids NOW. pic.twitter.com/wNYRvFdQ1G

Meanwhile: since @staceyabrams is a very sophisticated and important liberal, I'm sure there's something in The Science™ that justifies her being maskless indoors, surrounded by young kids forced to wear masks all day. Maybe she's holding her breath?https://t.co/noF3AuANq0

Abrams hit back against the critics and issued a statement on Instagram that leveraged Black History Month.

Forcing children to wear masks is an issue that is mobilizing parents around the country.

In Greenwich, Connecticut there was an anti-mask mandate on February 6 held at the Greenwich Town Hall.

Both Deneen and I attended the rally.

Hey ⁦@GovNedLamont⁩ your constituents are rallying in Greenwich urging you to end the school mask mandate. Stop by & let’s discuss ??? pic.twitter.com/LwKuFCWp2z

And Deneen gave a speech promoting mask choice over mandates.

Masking children at school makes no sense at this point from a health perspective and it’s time to remove mask mandates.

Democrat hypocrisy and tone-deafness over masking children in schools are going to have a big negative impact on them in the midterm elections.