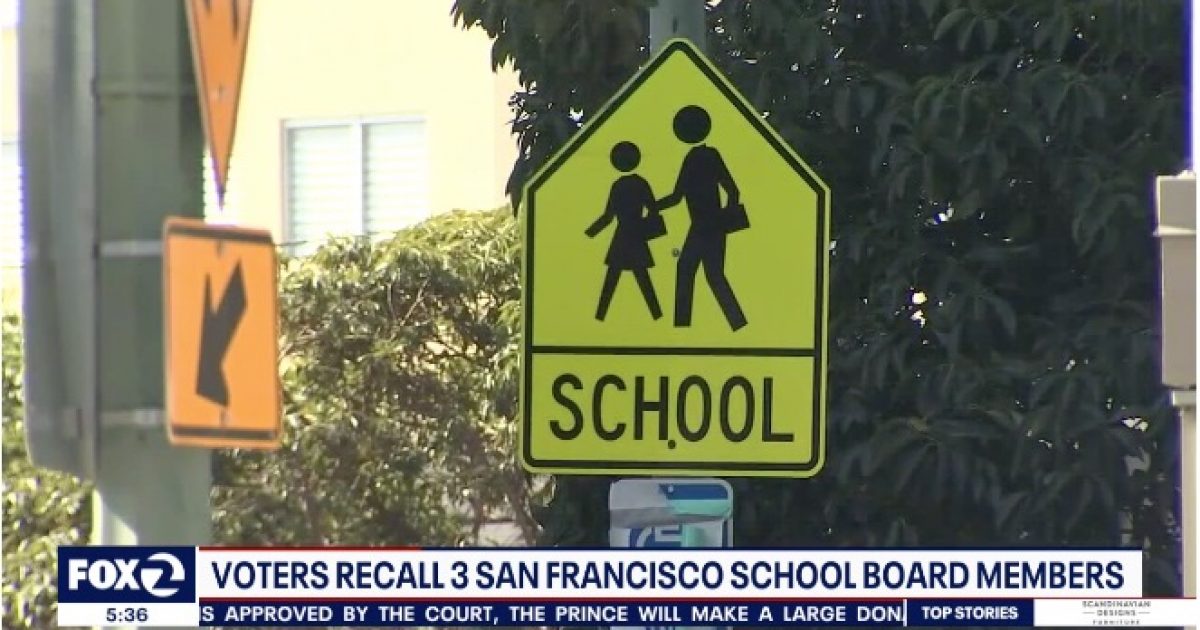 In a recall election, parents in San Francisco rose up and outside three school board members.

The parents were outraged over progressive policies that were pushed by the school board, including changing school names and the long duration of school closings during the pandemic.

The school board wanted, for example, to rename Abraham Lincoln High School.

Also crucial to the vote were Asian voters who were upset about the effort to end admissions based on merit at a prestigious high school.

In echoes of debates in other cities, many Chinese voters were incensed when the school board introduced a lottery admission system for Lowell High School, the district’s most prestigious institution, abolishing requirements primarily based on grades and test scores.

The fact that three progressive school board members were recalled in liberal San Francisco is big news, especially with conservatives.

I HAVE MASSIVE, EARTH-SHATTERING NEWS!

San Francisco voted to recall 3 school board members — each will be ousted from office.

This was a victory for parental choice in education & for our students.

It was not even close. pic.twitter.com/CR8xwxeBW9

Parents outraged over school board decisions is now a national issue and it shows it’s cutting across traditional political lines.

The San Francisco Chronicle referred to the voters as “closet Republicans.”

A fascinating sentence: “Board of Supervisors President Shamann Walton slammed the recall as being driven by ‘closet Republicans and most certainly folks with conservative values in San Francisco, even if they weren’t registered Republicans.’” https://t.co/uTHsvx6SCL

Ousting three members of a school board in liberal San Francisco is another sign of a red wave election in November.

Think the GOP has a wedge issue or two for November? https://t.co/58kvTLqbAJ