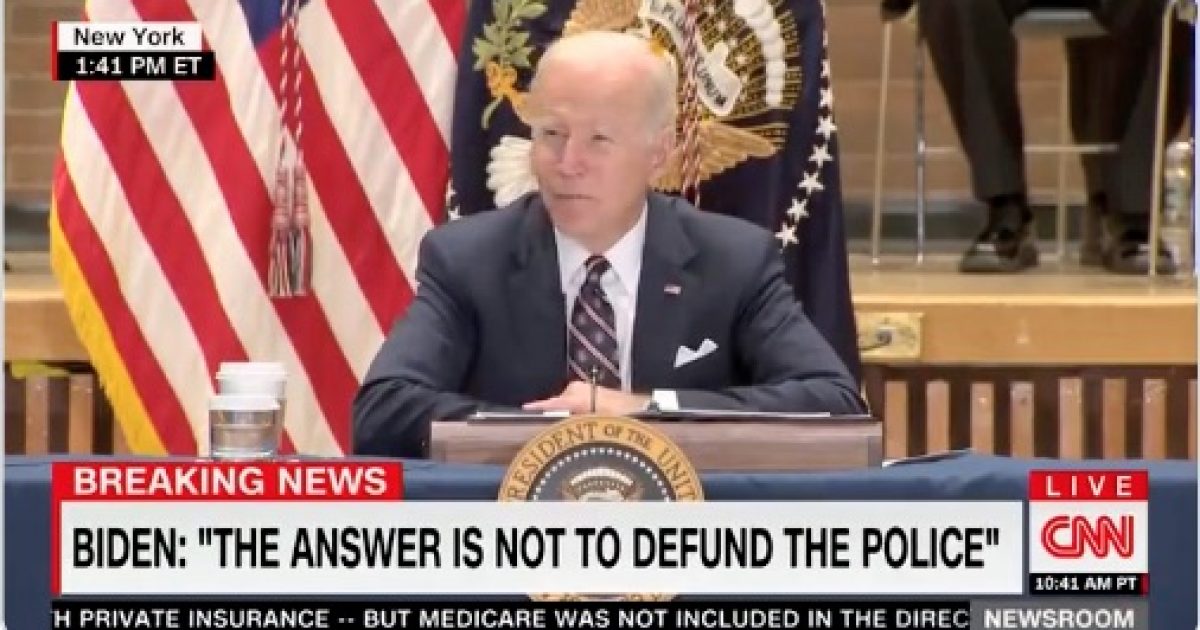 Public opinion polls are hammering Democrats and President Biden on the surge in crimes in big cities.

To address public concerns, Biden traveled to New York City to meet with the new mayor to discuss crime and his focus which blames guns.

He claimed his plans to crack down on guns will not interfere with the Second Amendment.

BIDEN: "This doesn't doesn't violate anybody's Second Amendment right…You couldn't buy a cannon when this amendment was passed. There's no reason why you shouldn't be able to buy certain assault weapons." pic.twitter.com/M7hoVi84UQ

Critics noted the increase in crime in New York City and questioned his plan and his refusal to address progressive prosecutors.

Crime in NYC skyrocketed in January:

Joe Biden will visit NYC today with no plan to fix this.

Not a word from President Biden in NYC about his Democratic colleagues culpability for soaring crime like progressive Manhattan DA or the bail reform lunatics in Albany. https://t.co/ISVqVgAB5H

The president also addressed the biggest political liability of Democrats which is defunding the police.

President Biden on #GunViolence: "The answer is not to defund the police." pic.twitter.com/3OgttOZyFp

Biden didn’t attend the funerals because that would alienate progressive Democrats so he appeared in New York City a day after the last funeral.

As always with Biden, it’s about politics not about solutions for Americans.