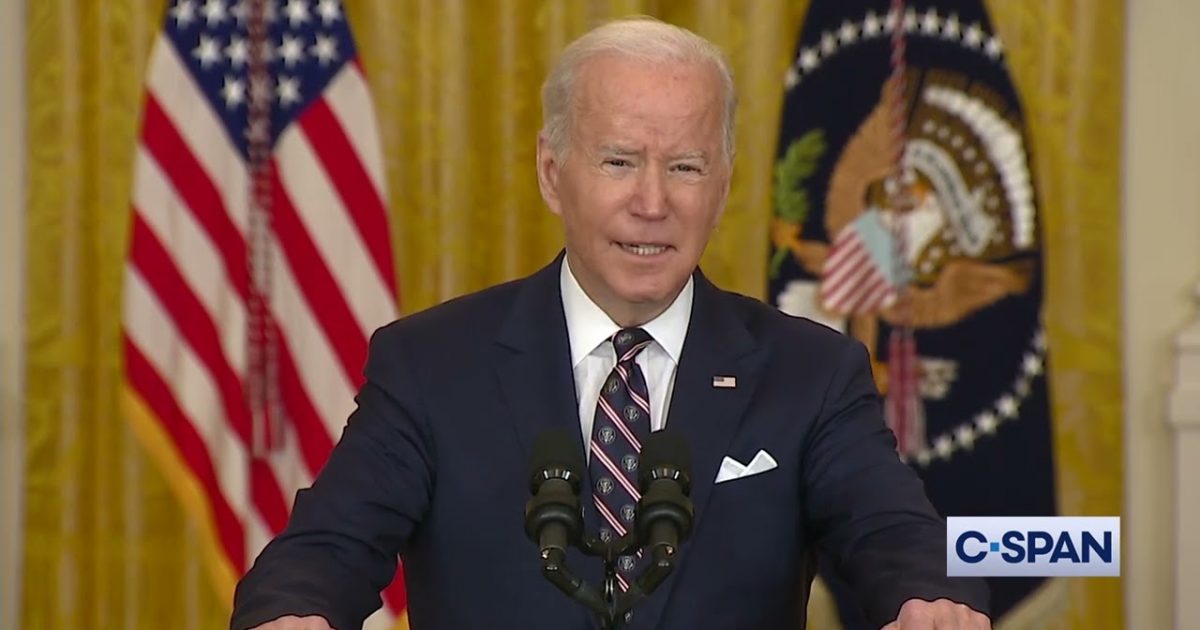 Under President Biden, the U.S. continues to import millions of barrels of oil a day from Russia as their invasion of Ukraine rages on.

Many are raising concerns over the fact that Biden has failed to block Russian oil imports to the U.S. because oil revenue is helping to fund the Russian military.

Critics of the president are also calling for Biden to implement policies that will increase the production of oil and gas in the U.S. as prices continue to skyrocket.

During a press briefing, White House Press Secretary Jenn Psaki was asked if America is helping to finance Russia’s war against Ukraine by purchasing Russian oil.

Reporter to Psaki: "As long as we're buying Russian oil … aren't we financing the war?" pic.twitter.com/3sbKRRIfNk

Psaki was also asked about opening the Keystone XL Pipeline.

Jen Psaki: "The Keystone Pipeline has never been operational, it would take years for that to have any impact… it would have no impact on what the problem is." pic.twitter.com/dtndC44EQ1

On MSNBC, Transportation Secretary Pete Buttigieg said “all options are on the table,” when asked about obtaining oil from Iran to address rising energy prices.

Just your daily reminder that America is funding Russia’s war by buying Russian oil and gas rather than producing our own.

It’s asinine that the US is STILL importing more than half a million barrels of oil per day from Russia.

America needs to cut the resources Putin uses for war — his oil and gas revenues.

America must boycott Russian energy and unleash our own domestic production!

Why do we have the Russians, Iranians and Chinese controlling the oil fields of Venezuela, just 3 1/2 hours from Florida?

In the interest of National Security and FREEDOM… the USA needs to be the go-to player in our own darn hemisphere!

We OUGHT to figure this out….

You can immediately drop the price of oil by authorizing the Keystone pipeline, expanding domestic drilling, and fracking. Yes, fracking.

Then go all-in on nuclear.

So much of this comes down to pipelines and energy.

President Trump understood the importance of energy security. Under Trump’s watch, oil and gas prices were lower and America was energy independent.

It’s crucial for Biden to unleash our natural resources to ensure we are energy independent by allowing energy development and production in the U.S. and blocking oil imports from Russia.