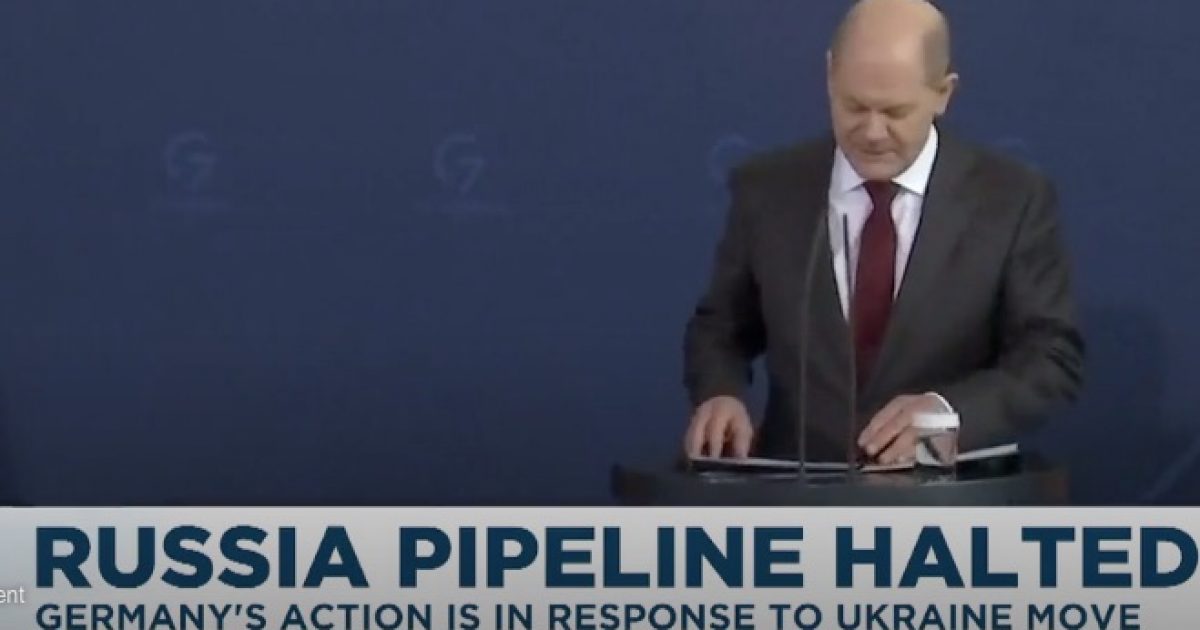 War has firmly united the transatlantic alliance. Europe, Canada and the U.S. have been in near lockstep in condemning Russia’s second unprovoked invasion of Ukraine. Arms, supplies, and aid have poured into Ukraine from every NATO member country, as well as from Finland and Sweden.

Sanctions, typically a divisive issue, were agreed upon with relative speed. Even the enigmatic Swiss have joined the effort to freeze some Russian assets.

However, nowhere has the change in policy been so stark as in Germany, where decades of policy have been cast aside virtually overnight.

Russia’s barbarity set off a remarkable awakening in Germany, shattering long-held positions. Even more surprising is that the policy changes are occurring under the chancellorship of Olaf Schölz, a Social Democrat, whose party has long prized dialogue uber alles in dealing with Russia and has been reluctant to prioritize the military.

Last week, Schölz announced that Germany was suspending certification of Nord Stream II following Russia’s declaration of control over Donestsk and Luhantz Oblasts. Throughout the Russian buildup on Ukraine’s borders, the chancellor remained cagey about whether the pipeline was on the chopping block. Turns out, it was.

Rounding out its decision to wean itself from Russian gas, Germany has now announced plans to construct two new liquefied natural gas terminals. It also plans to accelerate its rollout of renewables and start building strategic energy reserves in coal and gas. Currently, the nation imports 50% of its coal, 35% of its oil, and 55% of its natural gas from Russia.

For a coalition government which has focused on climate change and phasing out fossil fuels, Germany’s decision to prioritize energy security over climate goals speaks volumes.

Germany also dropped its longstanding opposition to cutting off certain Russian financial institutions from the SWIFT payment system. Last Saturday, the allies agreed to block some Russian banks from the system, a move which is expected to shake the Russian economy.

Another huge change involves defense spending. Previously, the SPD-led coalition had demurred from recommitting to the NATO funding benchmarks of spending 2% of GDP on defense, with 20% of that going toward equipment. Indeed, the coalition indicated it was highly unlikely to do so.

Russia’s invasion changed that calculus. On Sunday, Chancellor Schölz announced Germany would now commit to spending 2% of GDP on defense, stating, that “[i]t’s clear, we will need to invest a lot more in the security of our country to defend our freedom and our democracy.” The chancellor will include a €100 billion special defense fund in the 2022 budget to help attain the goal.

The new influx of cash is likely to procure, among other things, a replacement for Germany’s Tornado fleet, which serves as the country’s dual-nuclear capable aircraft. American F-35s are a viable candidate for that acquisition. The SPD had been lukewarm on the idea of procuring new dual-capable aircraft to help maintain a key alliance capability. Yet another sacred cow seems to have fallen.

In his speech to the Bundestag on Sunday, Chancellor Schölz explained these policy changes: “This is a major national undertaking. The goal is a powerful, cutting-edge, progressive Bundeswehr that can be relied upon to protect us.”

Germany has also chosen to bolster its military presence in Lithuania as part of NATO’s Enhanced Forward Presence there. Additionally, it has offered to contribute to a similar unit in Slovakia and is playing a major role in air-policing missions over the Baltic and Black Sea regions.

The final taboo to fall was Germany’s insistence that it would not supply Ukraine with lethal aid. On Saturday, Politico reported that Germany would “send 1,000 anti-tank weapons and 500 Stinger anti-aircraft defense systems to Ukraine. The government has also authorized the Netherlands to send Ukraine 400 rocket-propelled grenade launchers and told Estonia it could ship over nine howitzers.” Germany had previously blocked the shipment of the German-origin howitzers to Ukraine.

For Germany, making any one of the policy changes mentioned above would be considered incredibly significant. For the government to take them all, in quick succession, is nothing less than a political sea change.

Many of these decisions remain to be implemented, and the devil could, to some degree, remain in the details. It’s critical that Germany follow through on these commitments. Still, the message is stark. Russia has awakened Germany from its slumber. Berlin is finally taking steps to assume a role within NATO commensurate with its economic and political clout.

Last Thursday, German Foreign Minister Annalena Baerbock stated: “We woke up in a different world today.” The shock she and all of Germany felt was palpable. Thankfully, it’s led to real policy changes, which will have long-reaching implications for Germany and broader transatlantic security.
__________

Daniel Kochis is a senior policy analyst in European affairs at The Heritage Foundation’s Thatcher Center for Freedom. The views expressed are the author’s own.