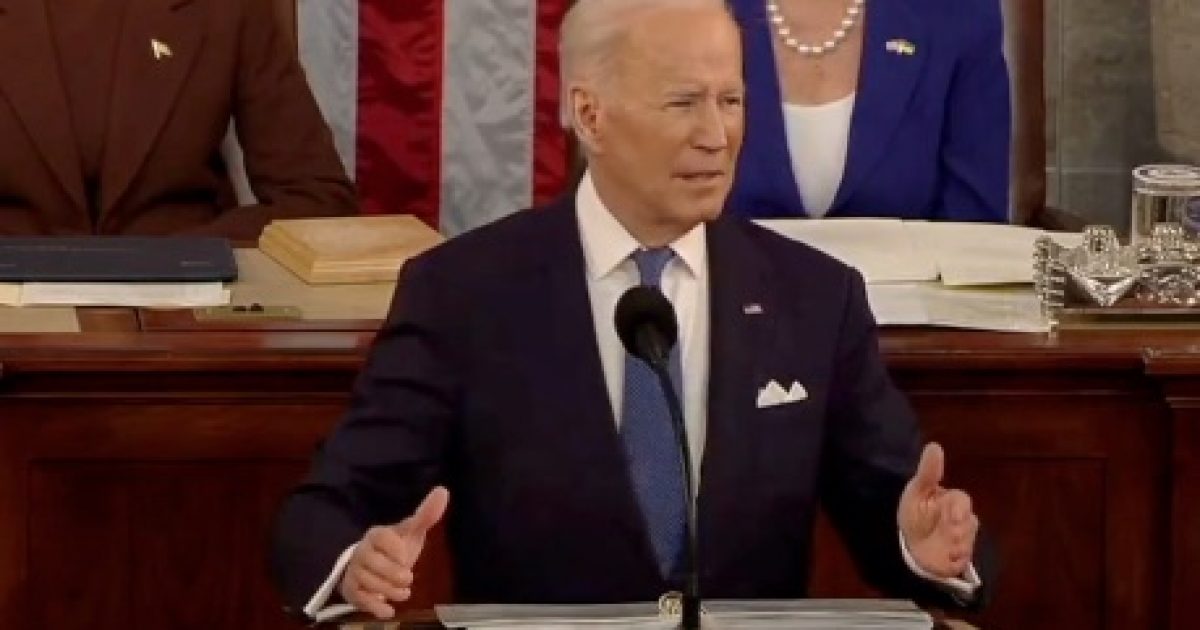 President Biden’s State of the Union address didn’t hit the outrageous spike in crime across the country hard enough but he called for police funding during his speech.

Biden’s call for funding law enforcement is at odds with Democrats who feel the opposite.

The radical agenda promoted by Democrats, from liberal prosecutors, soft on crime policies, and defunding the police, is an invitation for criminal chaos.

Democrats calling for the police to be defunded is a contributing factor to the dangerous crime wave plaguing the country.

Here is 7 minutes of Democrats saying, “DEFUND THE POLICE!” pic.twitter.com/Y7lwPAnEiw

In 2020, Kamala Harris urged people to donate to a fund to bail out criminals.

In the protests of summer 2020 after George Floyd’s murder at the hands of police in Minneapolis, Harris tweeted in support of a nonprofit called the Minnesota Freedom Fund, which pays criminal bail and immigration bonds, and encouraged her supporters to donate to it.

Biden had numerous opportunities during his first term to shine a spotlight on the dangerous crime wave plaguing the country.

Although Biden declared the need to “fund the police” during his address, ignoring the dangerous crime wave plaguing the country is reckless.

because of the democrat party’s mission to defund our police. #SOTU

Would someone tell Biden to stop with the deer/kevlar vest nonsense. The 2nd Amendment was never about hunting.

People are dying because of the Biden Crime Crisis.

Democrats and their radical agenda have made our country more dangerous, criminals emboldened, and citizens more vulnerable.

Democrats own the spike in crime in America and they need to step up and fix it.