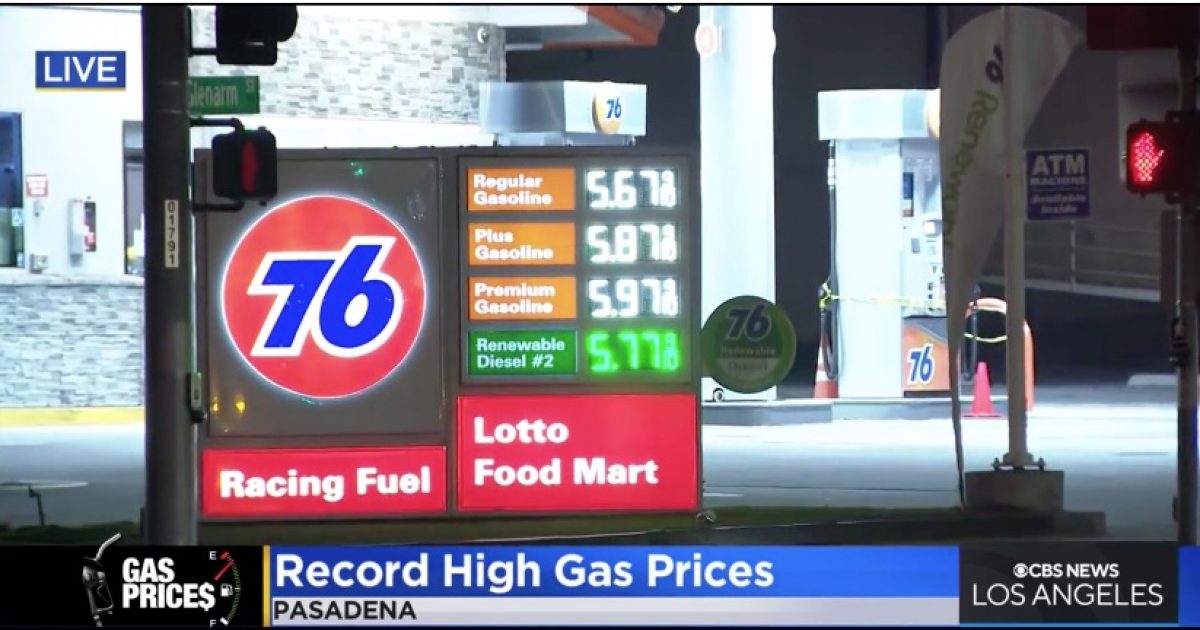 The U.S. average gasoline price hit $4 a gallon over the weekend which is the highest since 2008, according to AAA.

The surge in price is tied to Russia’s invasion of Ukraine resulting in the price of crude oil going over $110 a barrel.

An oil analyst quoted in The Daily Mail predicted the average cost of gasoline in the U.S. will surge higher to “… $4.50 a gallon as supply disruptions ripple across the energy complex.”

The Daily Mail included graphs to show the surge in gasoline prices over the years. 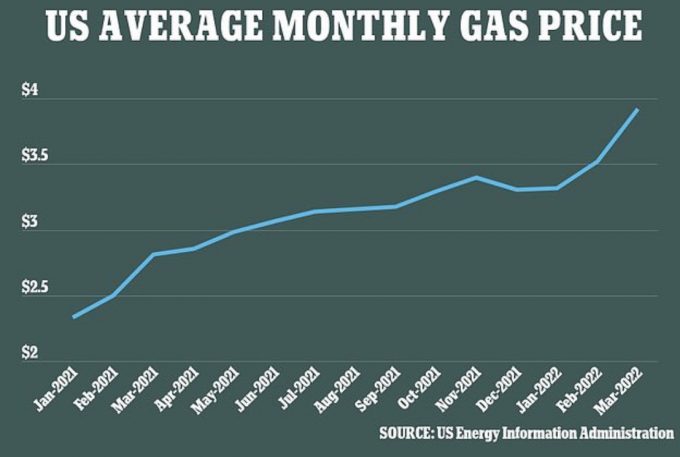 Of course, there are many areas around the country where gasoline prices exceed the national average. 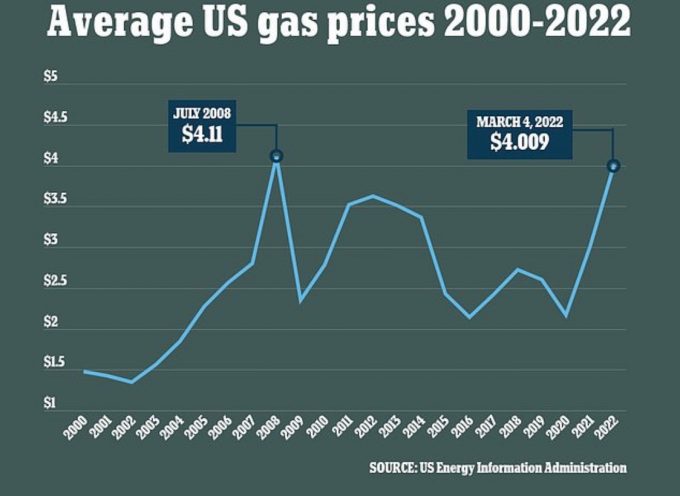 Social media is filled with pictures of gasoline pumps with sticker-shock prices.

This is the current gasoline prices at 5am today! pic.twitter.com/6SrKQEgeL9

CBS News in Los Angeles reported some people in California are paying an extra $20 to fill their tank.

In Los Angeles County, drivers are paying an average of $5.25 per gallon, another increase over the record set on Friday. In fact, it was the 27th record set for average gas prices in the last 29 days in the area. One gas station in Beverly Center even showed an astounding $6.95 per gallon of unleaded regular gas, and $7.55 for premium gas.

"I'm trying not to drive as much as possible." Californians are spending an average of $20 more than last year at this time to fill up their tanks, thanks to a number of factors affecting the drastically increasing price of gasoline. https://t.co/vXm9uw7s72

In New York, the price per gallon has gone up 40 cents in less than a month.

The surging price of gasoline and its impact on Americans is the reason why President Biden has not blocked oil imports from Russia since the decrease in supply would boost prices higher.