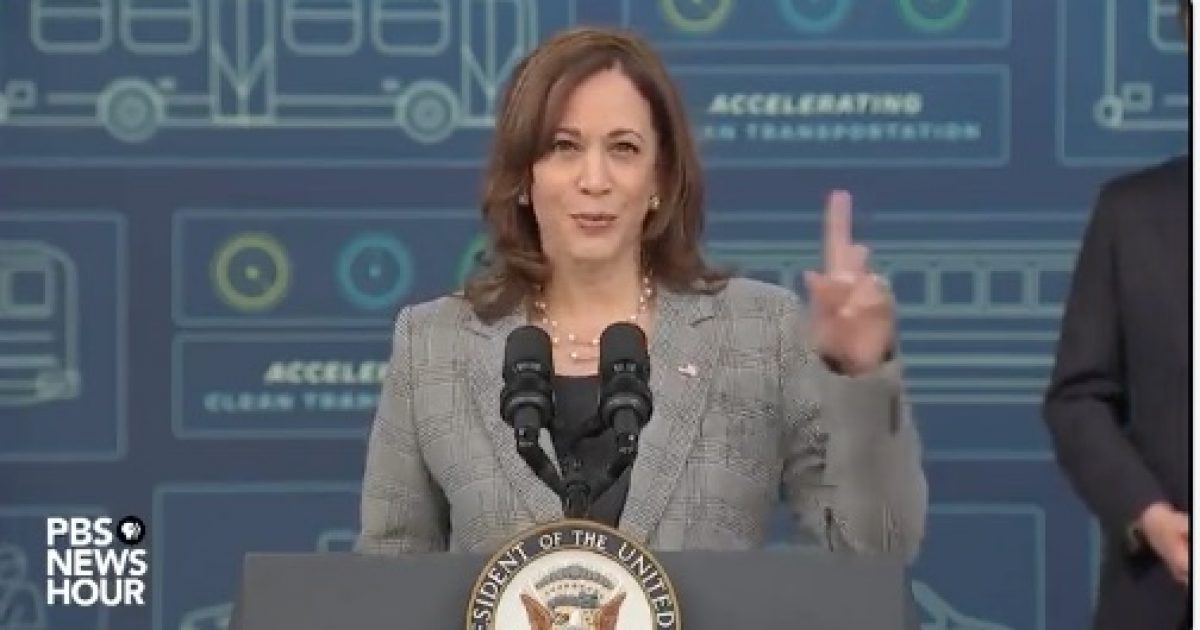 In an effort to be positive Harris used a theme of “imagine a future,” where she envisioned a world with trucks and school buses running that didn’t produce emissions.

Kamala Harris "Imagine all the heavy-duty vehicles that keep our supply lines strong and allow our economy to grow. Imagine that they produced zero emissions. Well, you all imagined it. I am proud to announce that our administration is taking steps to build that better future." pic.twitter.com/mTO4diRoWz

(The average cost of an electric vehicle is over $55,000) pic.twitter.com/VjBvhx4RGd

Critics pointed out electric vehicles will not help most Americans today because of the cost of the vehicles and the lack of charging stations.

This administration is completely out of touch. Most in our inner cities can’t afford electric vehicles. Not to mention, charging cables would be stolen every night in a city like Baltimore. It seems, they will push their agenda by any means necessary. pic.twitter.com/1dDYMCYkUH

In addition to those challenges, it turns out electric vehicles are not really that clean, according to a story in Politico.

What I found is that widespread adoption of electric vehicles nationwide will likely increase air pollution compared with new internal combustion vehicles. You read that right: more electric cars and trucks will mean more pollution.

Yesterday’s event pushing electric vehicles is a desperate effort to point to a fairytale future to distract Americans from soaring gasoline prices.

Democrats know the extremely high cost of gasoline is going to harm them in the polls and the midterm elections so they are trying to change the subject.

That’s not going to work.

The Democrat push for electric vehicles and energy policy, in general, is based on emotion and not reality.

Watch the full speech by Harris:

Today, I am proud to announce our Administration is taking bold steps to reduce air pollution and transform our nation’s buses and trucks. https://t.co/7PNhl5m03S