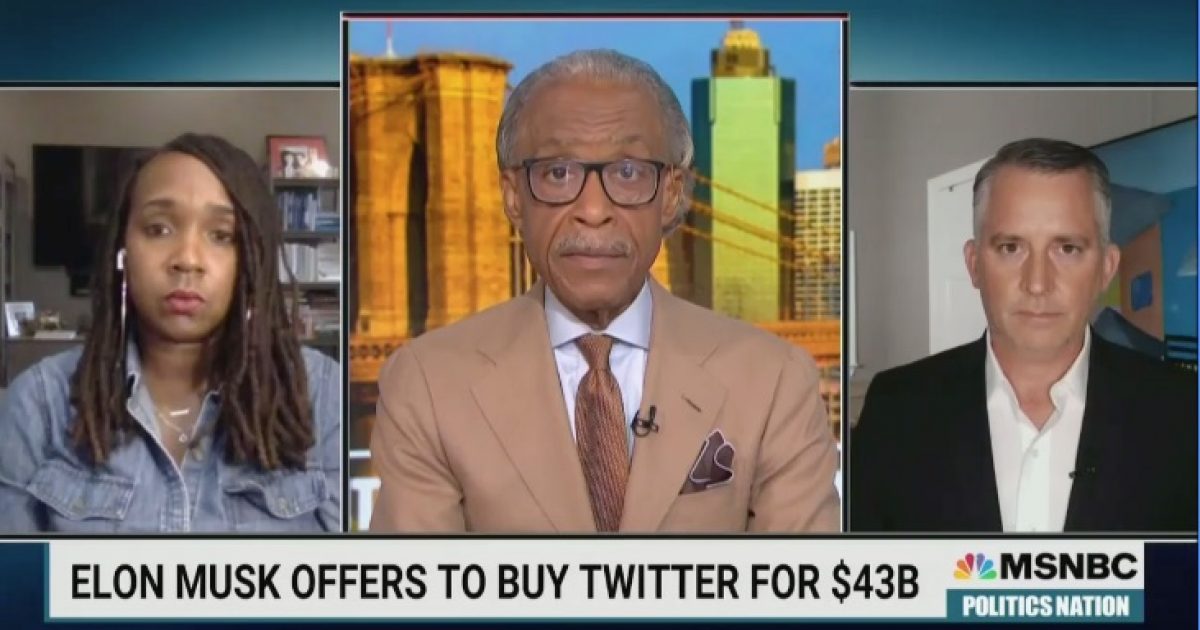 Democrats and their media allies are slamming Elon Musk’s attempt to takeover Twitter.

On Al Sharpton’s MSNBC show, Democrat strategist Danielle Moodie said, “I mean, I’m going to be honest, Elon Musk is a danger to Twitter and to freedom of speech.”

Moodie was also worried Musk would make the Twitter a platform for hate.

Moodie was not alone in her criticism of Musk.

The media panic over Elon Musk potentially owning Twitter has put on full display how pundits now see the idea of free speech as a dangerous threat. https://t.co/PXl6JKmS0w

Brzezinski included a guest that wrote a commentary critical of Musk’s effort and she read parts of the piece on air. 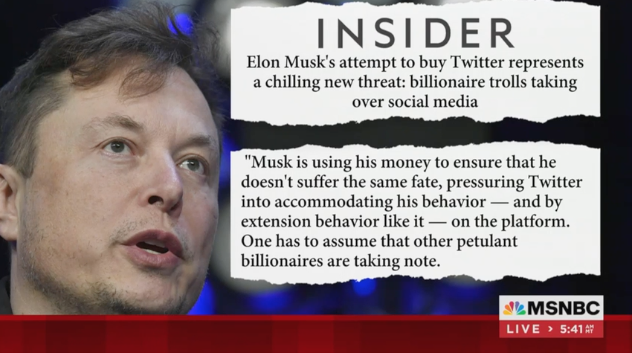 The potential buyout of Twitter was also mentioned on “Saturday Night Live” where it was said Musk would use the social media platform to use the N-word.

Clearly, Democrats and their media allies are terrified of the possibility that Musk will make Twitter a forum of free speech.

As Tom Borelli said on Newsmax TV, Democrats are worried because Musk, “threatens their monopoly on manipulating free speech.”