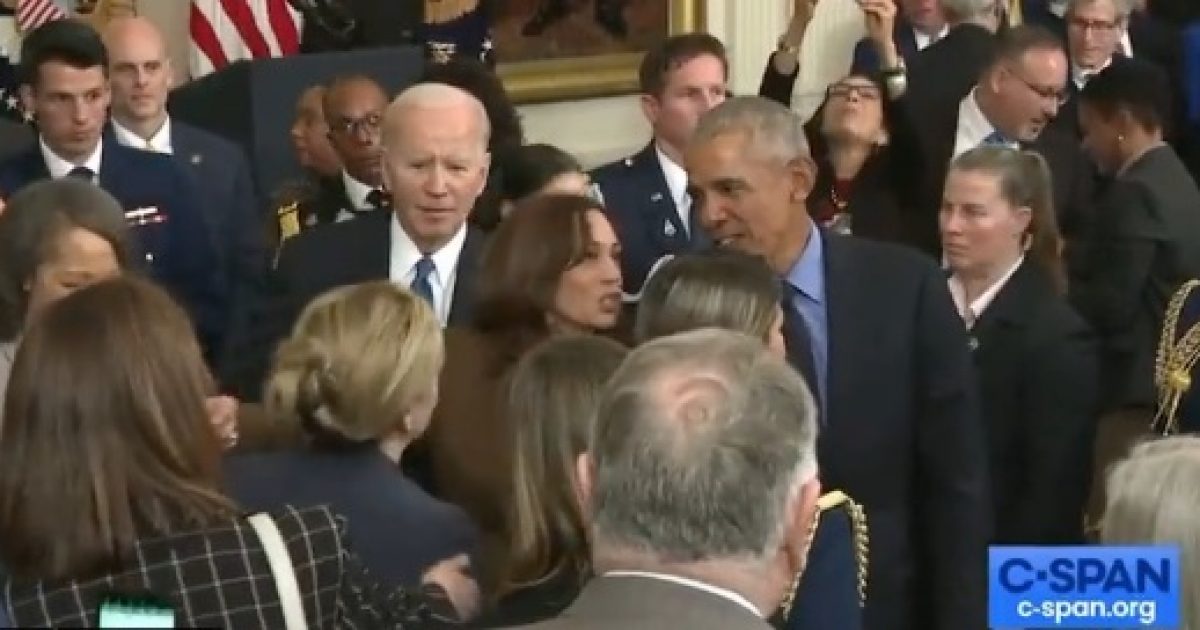 President Biden was ignored at an event at the White House where former President Obama appeared.

The White House event was put together to celebrate the 12th anniversary of ObamaCare.

While the event was most likely intended to give Biden a boost by associating him with Obama, the effort turned into an embarrassment for the current president.

The contrast was stark – the crowd surrounded Obama while Biden was left alone wandering around the room.

Another video clip was more embarrassing for Biden.

Biden approached Obama from behind and grabbed his shoulder to get the former president’s attention.

Obama totally ignored Biden and continued to talk with a small group of people.

This is the saddest, most pathetic thing pic.twitter.com/LZ78iWAFHu

The White House event was a total embarrassment for Biden and the videos provide ample evidence to show he is not respected even by Democrats.

The videos reinforce Biden is weak and not respected by his own team.

Most certainly, our enemies were watching as well.