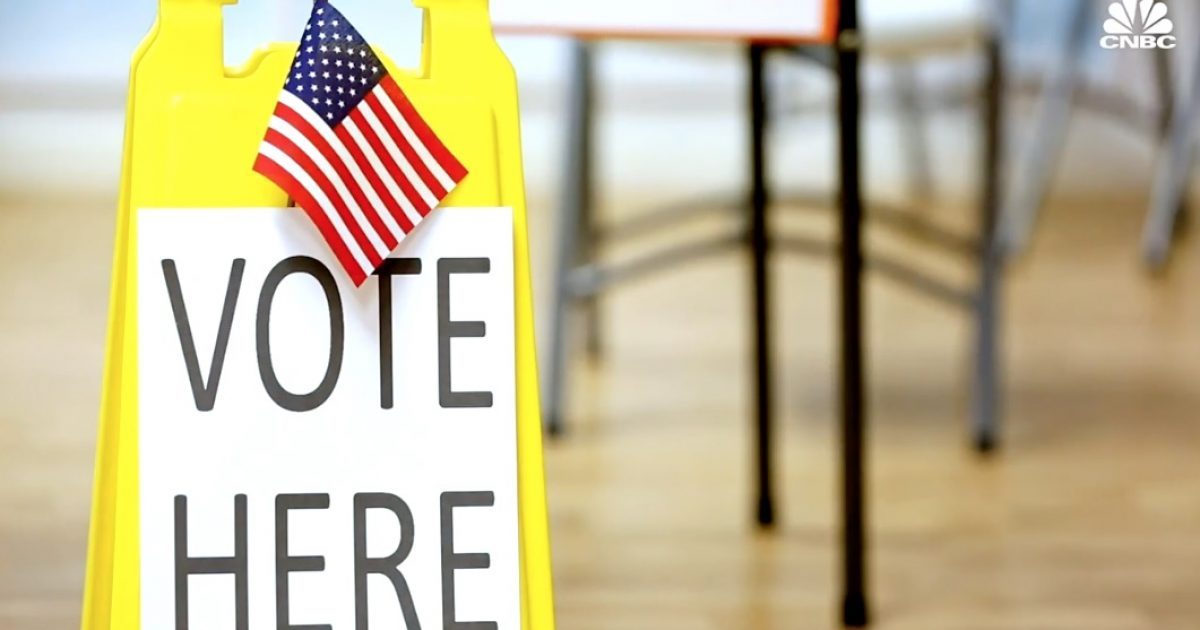 After the serious election integrity issues of 2020, Republican leaders and the Republican National Committee have not been idle, but responded on behalf of voters to ensure that free, fair, and transparent elections remain a hallmark of American democracy. Joe Biden and Democrats predictably have done everything under the sun to smear these efforts, even calling those everyday Americans who oppose the efforts racist. But now, over a year later, the results are in, and Democrats have been totally wrong.

Georgia and Texas are perfect examples. Almost a year ago, after the passage of SB 202 – a highly popular Republican-led election integrity law which expanded early voting, poll watching, and voter ID requirements – Democrats pulled out all the stops and started lying. They said the law was “racist,” would “suppress” voter turnout, and even backed a boycott meant to hurt small businesses, many of them black-owned. Essentially, they shamefully tried to stir up chaos along racial lines. But on Election Day, the Atlanta Journal-Constitution depicted a different scene entirely, writing that voters saw “short lines,” “few problems,” and no “obstacles at the polls.” It is time for all race-baiting Democrat politicians to stop their lies and admit their claims aren’t based in reality.

Texas is further proof of Democrats’ lies. In the first wave of major elections since its popular election integrity law Senate Bill 1 was enacted (containing a number of similar provisions to the Georgia bill), the state saw the highest voter turnout ever. In fact, turnout increased from 2.56 million votes in 2018 to over 2.93 million in 2020.

The rollout of Republican election integrity efforts in both Georgia and Texas not only disproves Democrats’ lie that Republican-led election integrity measures “suppress” voters, but also shows just how far left the Democrat rhetoric has deviated from the facts. Perhaps they are afraid of the results?

In hindsight, Democrats’ dubbing of anyone who opposed their anti-election integrity efforts as “racist” hasn’t aged well. Take voter ID laws, for instance. Before the Georgia bill was passed, 75% of Americans – including 69% of black voters and 60% of Democrats – supported voter ID. Regardless, Democrats wore themselves ragged pushing the broader claim that Republicans were enacting “voter suppression,” even going so far as to try to eviscerate the Senate filibuster to push through their radical federal election takeover agenda. But support for voter ID laws only rose, up at least 13 percentage points among black Americans. Additionally, voter turnout in Atlanta – ones with predominately black communities – shot up 17% in the city’s municipal elections from 2018 and 2020. The truth is, Republican efforts to fortify election integrity have only empowered the black community.

As Democrats continue to ruin our election systems, even trying to allow noncitizens to vote, Republicans are shining a light on them, and the RNC is taking them to court. Recently, in Harris County, Texas, Democrat negligence and mismanagement was on full display. Approximately eight polling locations did not open on time because the polling locations were not adequately staffed, and the equipment was not working properly. Also, long after the deadline for counting ballots had passed, Harris County reported that 10,000 mail-in ballots (6,000 Democrat and 4,000 Republican) had not been counted. Even by their own lackluster standards, Democrats are disenfranchising voters across the political spectrum. Consequently, the RNC and Harris County GOP filed a lawsuit against Elections Administrator Isabel Longoria. She has since resigned her position.

Ultimately, Americans want free and fair elections – and have every right to this cornerstone of American democracy. Heading into the 2022 midterms, this could not be more true. According to a poll from the Center for Excellence in Polling almost two years ago, less than 60% of voters had confidence their ballots were accurately cast and counted in the 2020 election. If this is any indication, election integrity will be at the forefront of American voters’ minds come November.

The Republican National Committee remains as committed as ever to rigorously upholding election integrity on behalf of every American voter.
__________

Paris Dennard is the National Spokesperson and Director of Black Media Affairs for the Republican National Committee (RNC). Follow him on Twitter: @PARISDENNARD