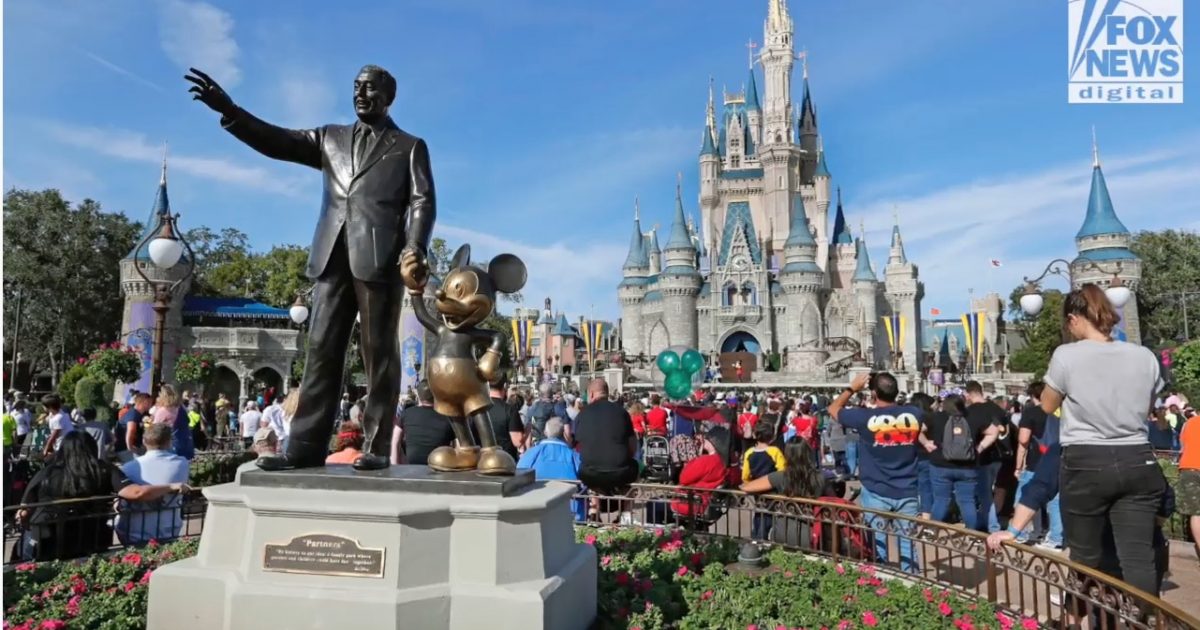 If you thought that “woke” culture couldn’t get worse, think again. In public and behind the scenes, The Walt Disney Company is taking wokeness to a whole new level, threatening millions of children with political propaganda.

First, there was Disney CEO Bob Chapek criticizing Florida Gov. Ron DeSantis over HB 1557, which reaffirms parental rights in education and prevents educators from injecting personal political views into early childhood learning. (And, yes, you can still “say gay” in Florida.) Then, there was Vivian Ware, Disney’s diversity and inclusion manager, promoting transgenderism and pansexuality in Disney content. The entertainment company is now removing all mentions of traditional gender roles – boys and girls, men and women – at theme parks.

While Disney’s wokeness is hardly new and unfortunately not surprising, the company’s resonance among America’s youth makes it deeply disturbing nonetheless. Unlike many other woke companies, Disney reaches tens of millions of U.S. children. Half of American homes with kids under 10 years old pay for a Disney+ subscription, and Disney hopes to increase its global paid subscriptions to 350 million by 2024.

The content that Disney creates today will indoctrinate young consumers tomorrow. It will shape their hearts and minds, insidiously molding children to embrace liberal politics with subtle and not-so-subtle messaging. Wokeness will be passed on to future generations. And it may become more radical over time.

However, there is a bright side. The bright side is people – individual consumers making their own decisions. People will eventually recognize Disney for the political entity it has become and reject the company’s blatant propaganda. Fringe concepts like transgenderism and pansexuality may be important to left-wing consumers, but they are not priorities for the overwhelming majority of American customers. Disney is shrinking its market share – perhaps unknowingly and perhaps not yet, but the company’s audience will shrink.

We’re seeing the early signs already – even at Walt Disney World. According to Jose Castillo, a current Walt Disney employee who is running for Congress in Florida, a “silent majority” of Disney staffers does exist, and those staffers reject woke politics. While it’s troubling that they are forced to be “silent” in the first place, many Disney employees oppose the political agenda of Chapek and other executives.

There’s a reason why Gov. DeSantis is now targeting Disney’s special privileges in Florida, a state where registered Republican voters outnumber Democrats by 100,000 for the first time ever. There is a popular mandate for anti-woke politics, especially when children’s futures are at stake. Since 2018, Republican registration in Florida has seen a net gain of more than 363,000 voters. That’s no small feat.

I’ve seen the popular mandate in person. My organization, Freedom Key Society, recently hosted a “Freedom Fight Night” in Miami, bringing together Ultimate Fighting Championship legends like Frank Mir and Tito Ortiz to celebrate American freedom. The event was a resounding success, mobilizing grassroots support in Florida that even we didn’t know existed.

People in towns and cities across America – especially parents – are simply fed up with the constant politicization of everyday life. They don’t want woke Disney shows; they just want quality content to keep their children occupied.

For that same reason, the Daily Wire is pouring $100 million into children’s content that can rival Disney. Whether or not the venture is successful, conservative commentators like Ben Shapiro recognize the anti-woke mandate. They recognize that nearly two-thirds of Americans (including most Democrats) support bills like HB 1557 over Disney’s partisan talking points. When 65% of Americans believe corporate wokeness has gone too far, companies like Disney are inevitably swimming against the tide.

Mark my words: Wokeness will lose – maybe not this month or a year from now, but the numbers don’t lie. There is simply too much popular consensus working in our favor.

Harrison Rogers is founder and CEO of Arizona-based HJR Global, and a serial entrepreneur and angel investor.