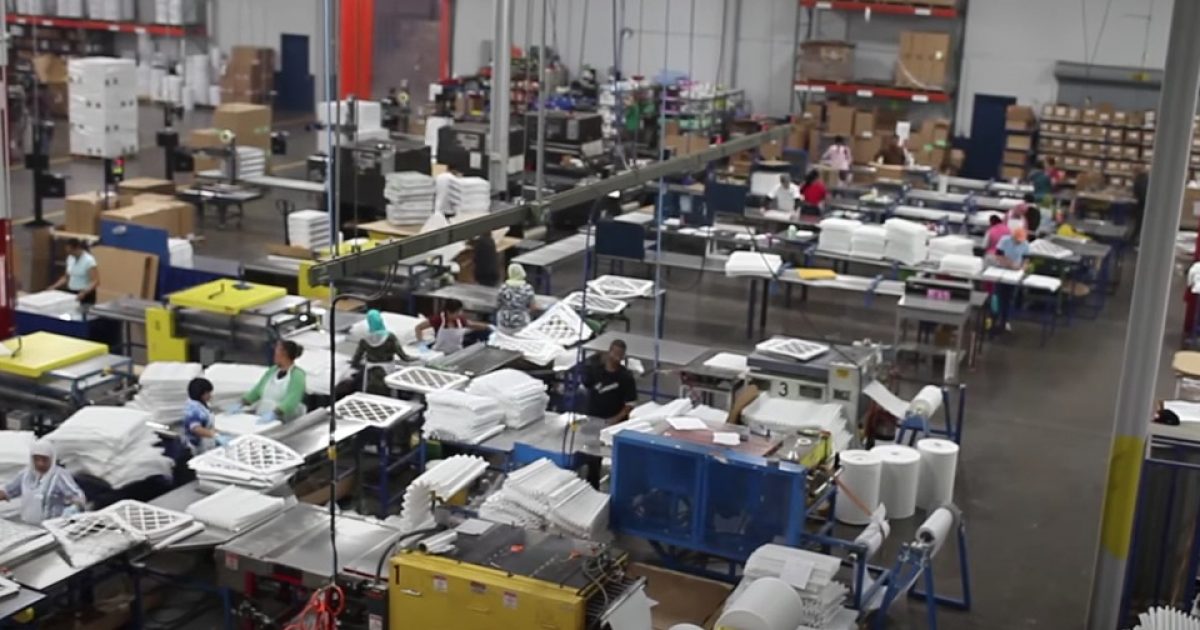 Union leaders and their political supporters are the first to say that profits blind employers to their workers’ needs. But unions need dues-paying members just as much as employers need profits. And with membership rates in freefall, unions are using every trick in the book to box workers into joining. Workers deserve protection from dues-driven unions at least as much as they need protection from their employers. Senator Tim Scott recently introduced a bill to ensure that the true voice of workers is heard: the Employee Rights Act.

The ERA would bring American labor law into the 21st century. Unions had real purpose generations ago when dangerous conditions, unsafe hours, and child labor were common. But that’s not the case today. Most businesses understand the importance of protecting worker health and safety and paying good wages in a tight labor market; and a plethora of federal and state government agencies work to protect employees against businesses that cut corners in those areas.

Samuel Gompers, the first president of the American Federation of Labor, warned that unions must lead based on “the solidarity of the working men themselves through the economic forces of their trade unions” rather than on “legal enactment.” He considered reliance on legislation as equivalent to unions “admitting our incompetency” and “our inability to seek better conditions.”

In the eyes of many, Gompers’ warning has come to fruition as workers increasingly question the relevancy of unions. Union membership for private-sector workers has plummeted in recent years, from 20.1% when the Bureau of Labor Statistics began tracking membership in 1983 to a historic low of just 6.1% in 2021. Attempts in recent years to unionize factories at Volkswagen, Boeing, Nissan, and Amazon have all failed.

As a result, today’s unions have little choice but to coerce membership through government fiat, regardless of employee choice.

Unions spent $1.8 billion during the 2020 election cycle – often opposing candidates their members support. In turn, Big Labor’s friends in Washington have worked to pass the deceptively named Protecting the Right to Organize Act.

The PRO Act would eliminate right-to-work laws that let workers refrain from joining a union if they so choose. It effectively eliminates the right to a secret ballot in union elections, permitting unions to use employee signatures on an authorization card as a basis for claiming to represent these workers. An obvious risk looms that unions could intimidate employees into signing such cards – especially since the PRO Act would also compel employers to share their employees’ personal information with the union.

Do these sound like policies aimed at protecting workers?

By contrast, the ERA would restore the voice of workers who want unions to be accountable to them. It guarantees the right of workers to secret-ballot elections. It requires that union members opt in before their dues can be used for political causes and allows them to opt out of sharing personal information with unions. It prohibits unions from coercing or intimidating workers opposed to the union, and it criminalizes threatening behavior.

The bill would also protect the independence of gig workers by letting businesses provide them with benefits without changing their legal status as independent contractors. Perhaps most important, the ERA would protect small-franchise businesses.

As CEO of CKE Restaurants, I understood that owning a franchise was the only way many young entrepreneurs could get their foot in the door of prosperity. A franchise relationship allows franchise owners to focus on the success of their business, while the franchiser focuses on brand management. By contract, franchisers have no control over franchisees’ employment practices.

But unions are so desperate for membership that they want to treat all franchisees of particular brands as a single employer because they believe that this would make unionization easier. It probably wouldn’t – but it would destroy the franchise business model.

The ERA would protect franchise owners by clarifying what is obvious to everyone – that franchisees act as employers of their own employees. Of course, workers can unionize if they wish, but unions would have to organize the stores actually managed by individual franchisees, which is standard labor law.

The ERA’s policies are wildly popular. Recent polling shows that 70% of those polled – including 76% of individuals in union households – believe that workers should have the right to a secret ballot. Other major provisions – including the right to withhold dues from political spending, privacy protections, and the criminalization of union threats – poll at an average favorability of 70%.

The Employee Rights Act is not designed to destroy unions but to make unions more accountable to their members – which could actually help them. If they oppose the bill, union leaders and their Democratic allies will tell us all we need to know about how much the labor movement cares about workers.
__________

Andy Puzder is the former CEO of CKE Restaurants, chairman of the board of 2ndVote Advisers, a senior fellow at Pepperdine University’s School of Public Policy and the American First Policy Institute.