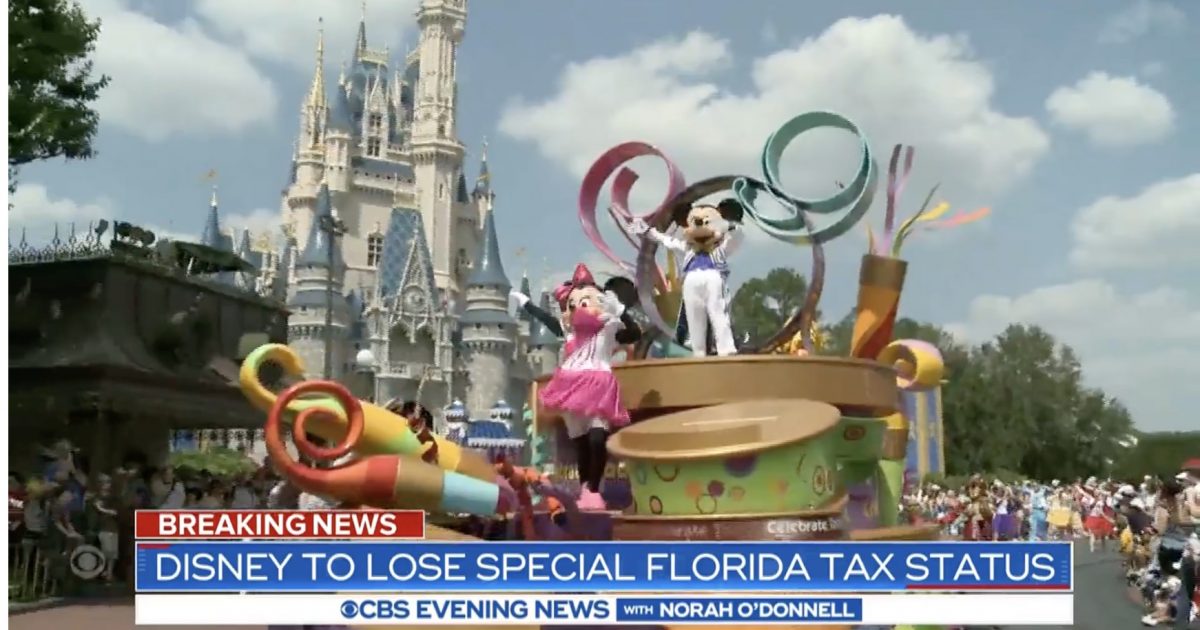 The Reedy Creek Improvement District allowed Disney to function as its own regulator on issues such as building codes and municipal services.

DeSantis appeared on Fox News with Tucker Carlson to discuss his action against Disney.

DeSantis has ignited a backlash for taking on Disney.

President Biden broadened his criticism of DeSantis’ action to include the Republican Party.

President Joe Biden on Thursday criticized the Republican Party over its confrontation with Disney and suggested the "far right has taken over the party." https://t.co/pa1KdPPFp0

Ron DeSantis is using the power of the government to punish Disney because they don’t agree with his politics?

DeSantis is being criticized for taking on Disney but in the bigger picture his action finally demonstrates to CEOs and their shareholders that there is a down side risk to adopting woke policies and doing the work of Democrats.

National Review’s Rich Lowry summarized this thought in a Tweet.

Corporations as institutions have been corrupted, very often through bullying and fear, and there’s a chance that the Disney controversy will free them simply to fly planes, sell soda, etc. again, which would be good for these companies and good for the country’s cultural health

For far too long, corporations were playing a major role in advancing the Democrat agenda and now they may have to think twice.