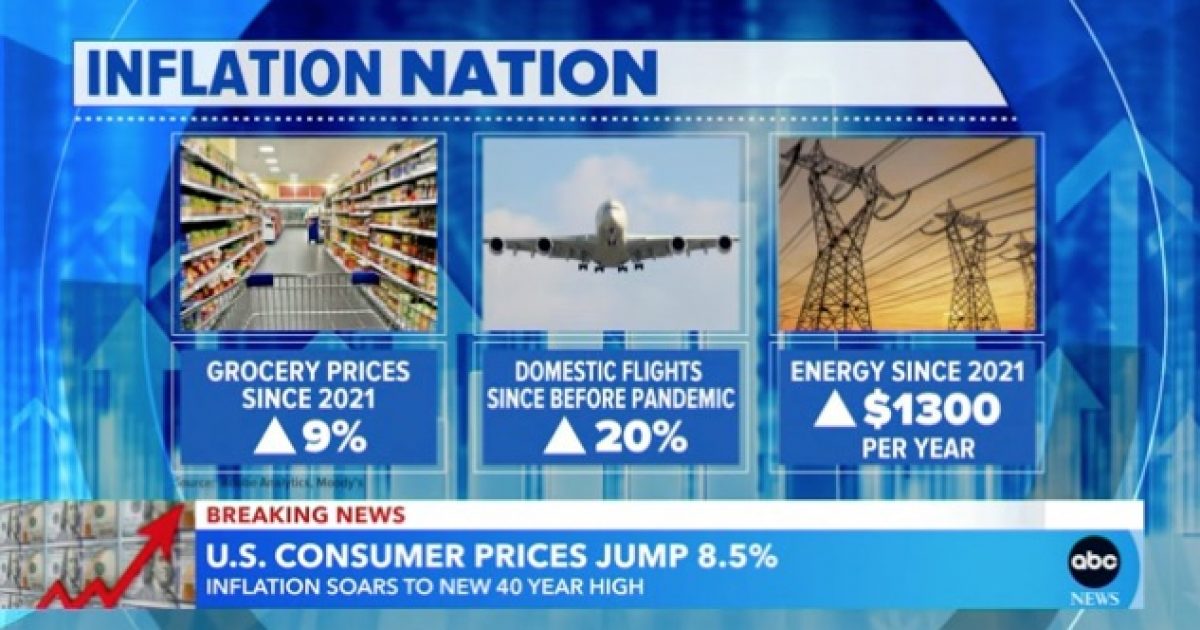 Inflation is running wild coming in at 8.5 percent since March 2021.

Fox Business reports on the inflation data after its release.

ABC News wrote about the inflation, “US inflation jumped 8.5% in past year, highest since 1981,” and did a newscast on the March inflation data.

Inflation soared over the past year at its fastest pace in more than 40 years, with costs for food, gasoline, housing and other necessities squeezing American consumers and wiping out the pay raises that many people have received.

The cost of many items are increasing in double digits CNBC reported, “Airfare surged 20% over pre-pandemic levels in March as inflation hit vacations.”

Florida Republican Governor Ron DeSantis commented on the inflation rate and why it is happening.

Inflation is at a 40-year high of 8.5% due to federal policies of borrowing & printing money at unfathomable levels & bad energy policy, which is hurting Floridians.

Biden could unleash domestic energy production to provide relief. Instead, he is content watching people suffer.

The rise in inflation is adversely affecting President Biden’s approval level as measured in a recent CBS News poll. 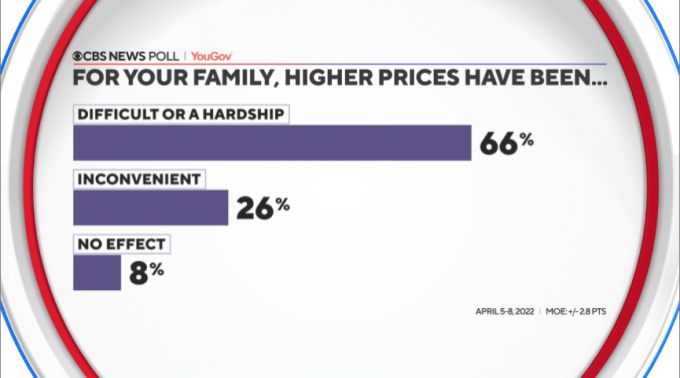 8.5% inflation. The highest in 40 years. This is what Democrat policies get you. You just got an effective 8.5% pay cut, but don’t worry I’m sure all the Pelosi Dems in DC who are insider trading legally will make up for that difference and be fine.

You, however are screwed!

The surge in inflation is disproportionately harming low, middle and fixed income Americans the most and acts like a punishing tax.

Biden’s policies are causing inflation and because of that, Democrats are going to pay a political price in the midterm elections in November.