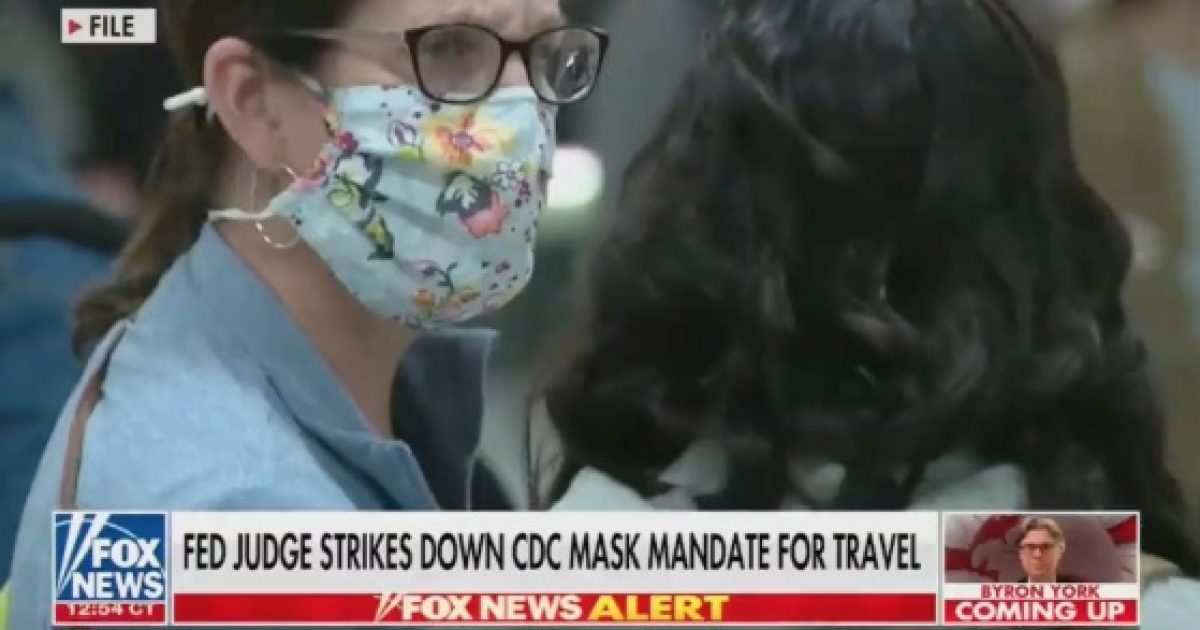 The extension by the Centers for Disease Control and Prevention (CDC) was set to extend to May 3.

A federal judge in Florida has blocked Joe Biden's mask mandate for travel, including a nationwide injunction. pic.twitter.com/S1qGvv8nGz

The decision will reverse the mandate that forced travelers on airplanes and other means of public transportation, such as trains, to wear masks.

No masks on airlines anymore. Freedom.

Mizelle based her decision on that “… the mandate was unlawful because it exceeded the statutory authority of the US Centers for Disease Control and Prevention and because its implementation violated administrative law.”

JUST IN: Federal judge strikes down the CDC's mask mandate for travel on planes and other forms of public transportation https://t.co/ae0x2wu9EE

The judge who just overturned the mask mandate on airplanes is Kathryn Kimball Mizelle. 35-years-old, former Clarence Thomas clerked, appointed by Trump and confirmed by the Senate right before the lame duck session ended in 2020. pic.twitter.com/lu6ck1FIvT

The decision by Mizelle was cheered by many on social media including Republican elected officials.

The extension of the mask mandate was based on a new variant.

The judge was correct and Biden’s team was wrong to extend the mask mandate.