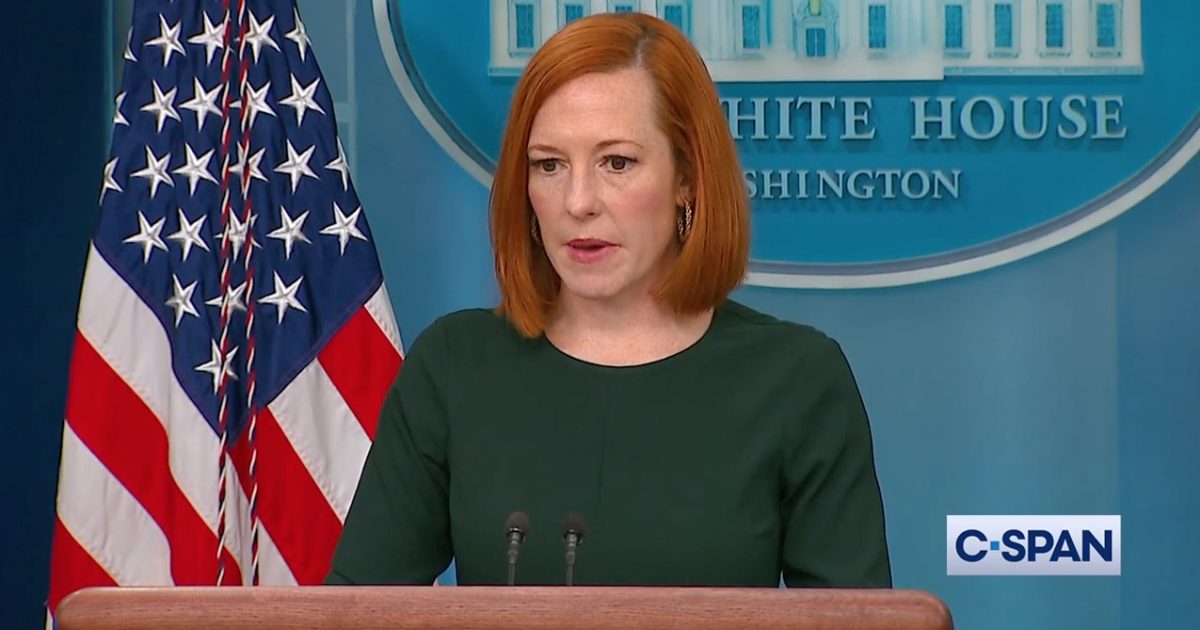 White House Press Secretary Jen Psaki is in talks to move to MSNBC according to an exclusive report by Axios.

White House press secretary Jen Psaki is in exclusive talks with MSNBC to join the network after she leaves the White House around May, according to a source close to the matter.

The news story claims she has told some senior staff at the White House but she hasn’t formally resigned yet.

Moving to news networks after serving as White House press secretary is not a new development – a number of former press secretaries are currently in roles at various cable TV networks, including Newsmax and Fox News.

Jen Psaki, the White House press secretary, is in advanced talks to join MSNBC after she leaves the Biden administration, according to two people familiar with the negotiations. She could leave the White House as soon as next month, one of the people said. https://t.co/GqmGB1iWmM

Critics of President Biden and Psaki commented on the news.

BREAKING: Jen Psaki is leaving the Biden Administration to work for MSNBC.

In all likelihood, Psaki will land at MSNBC where she will cash in after serving as Biden’s mouthpiece.

At MSNBC, Psaki will continue to defend the undefendable.