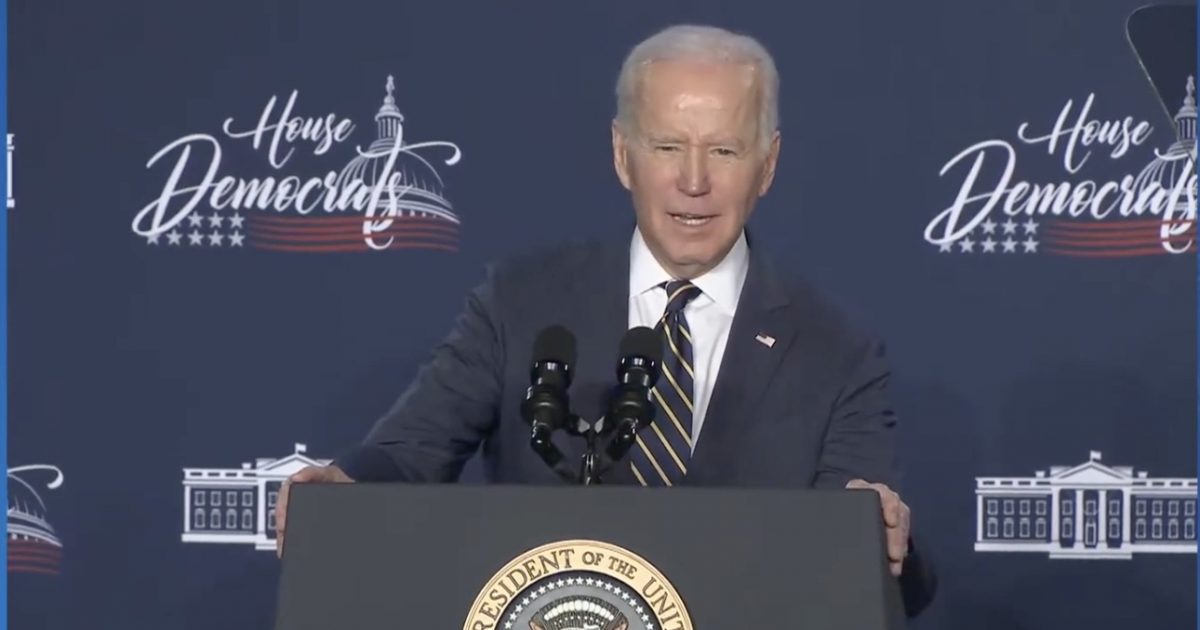 Democrats have always used racial division as a pathway to power. During slavery and Jim Crow, their leaders stoked false and ugly fears about the “Negro menace.”

Today, they use similar language about an alleged white menace to malign their opponents and frighten their supporters. In highly partisan and divisive remarks delivered following the racist May 14 mass murder in Buffalo that took 10 African American lives, President Biden asserted, “White supremacy is a poison … running through our body politic … And it’s been allowed to grow and fester right before our eyes.”

This claim, which echoes those of so many other Democrats – including Attorney General Merrick Garland, who says white supremacists pose “the most dangerous threat to our democracy” – is false.

Much of their “evidence” comes from groups with long histories of misinformation, such as the Southern Poverty Law Center, whose business model depends on ginning up fears about supposed threats. In the aftermath of the Buffalo massacre, the New York Times trumpeted a 2021 “Murder and Extremism” report from the Anti-Defamation League to make the case that the “political right has a violence problem.”

But, as my RealClearInvestigations colleague James Varney reports, this characterization is as misleading as it is inflammatory. The ADL reports that white supremacists accounted for 244 (55%) of the 443 killings that the ADL “documented” between 2012 and 2021. Fifty-five percent – that sounds big! Varney notes that during that same period, there were about 165,000 murders in the United States. Thus, white supremacists accounted for 0.001% of the total.

Even that miniscule figure overstates the case because the ADL admits most of those murders were not hate crimes aimed at terrorizing minorities. “Over the past 10 years, only 86 of the 244 white supremacist killings (35%) were ideological murders,” the report said. “The remainder were group-related but not ideological attacks, were related to traditional criminal activities, or were murders for which no clear motive could be determined.”

Put another way, over the last decade the ADL reports that white supremacists committed an average of 8.6 hate-fueled murders per year during a period when 16,500 homicides occurred annually in the United States.

One murder is, of course, one too many. And the terror sparked by the four massacres that account for half of the white supremacist tally – Dylann Roof’s rampage at a black church in Charleston in 2015 (nine dead, one injured); the Pittsburgh Tree of Life synagogue shooting in 2018 (11 dead, six injured); and the 2019 attack at the El Paso Walmart (23 dead, 23 wounded) – resonate beyond their numbers. But to claim that the evil or deranged people who perpetrated these crimes represent a grave threat to our body politic is a gross distortion. To further suggest, as many Democrats and their media allies consistently do, that they represent the views and violent fantasies of tens of millions Americans is an ugly smear.

Democrats’ focus on the white menace – their insistence that the greatest threat to African Americans and other minorities comes from racists – is especially cynical given the heartbreaking rates of black-on-black violent crime. As Heather Mac Donald recently reported in City Journal, “The typical mass shooter in America is not a white supremacist. He is black and either retaliating for a previous shooting or impulsively reacting to a current dispute. In 2020, more than two dozen blacks were killed every day – more than all white and Hispanic homicide victims combined – even though blacks are only 13 percent of the population.”

While the Democrats’ narrative is clearly partisan – without a strong record to run on, racial division and fear may be their strongest play – it is hard not to see a racist element at work that echoes the party’s dark history. If they truly cared about African Americans, they would be focusing on the chronic problems afflicting the black community. They would talk forthrightly about the tragic level of violence in our urban cores and seek to address it in meaningful ways. Their relative silence suggests that they think it is inevitable. As such, it is an acceptance of the false and repulsive ideas about black inferiority and violence that informed the party for much of the Democratic Party’s history.

The Democrats’ current racial narrative echoes another aspect of the party’s unfortunate legacy. The lies they spread about blacks during slavery and Jim Crow were part of a massive disinformation campaign intended to rally white people to their side. They damned blacks in order to manipulate whites. This same dynamic is at work today as party leaders manufacture threats about white supremacists to convince their well-off white liberal base to consider conservatives beyond the pale, as if to say, “You may not agree with everything we do, but you can’t vote for those racist (misogynistic, homophobic, etc.) cretins.”

Just as they denied the basic humanity of African Americans, they now do the same to white Republicans to secure their votes. While conservatives see through these easily disproven lies, so many Americans – especially those who consider themselves among the best and the brightest – embrace them. Like their racist predecessors, they are easily misled by dark emotional appeals.

Only Democrats can reject their party’s reliance on racist appeals. It is time they stood up and said, “No more. We’re better than that.”
__________